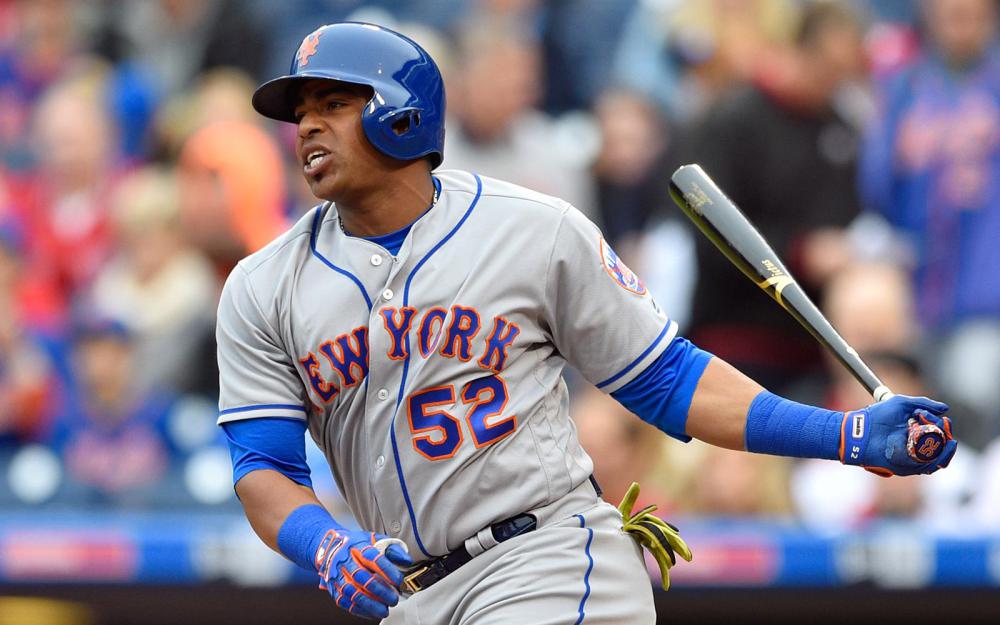 Yoenis Cespedes (OF-NYM) supplied all the offense for the Mets in the team's 1-0 win against Atlanta on Friday as he went 1-3 with a solo homer. Cespedes has played in more than 100 games only once since 2016 because of various injuries, and he missed last season entirely with heel issues that ultimately required surgery on both. Although he's now 35 and coming off a long layoff, Cespedes appears to have something left in the tank for fantasy owners. Especially since the Mets have the DH at their disposal this season - and Cespedes slotted into that role on Friday - that could help him stay healthy and on the field. Given his .274 career average, career 124 wRC+, and .224 career ISO, Cespedes should be added where he is still available. At the moment, he's owned in less than 60% of ESPN leagues.

Freddie Freeman (1B-ATL) made the start on Opening Day, going 0-2 with a pair of walks as the Braves were shut out by the Mets. After missing a big chunk of summer workouts as he recovered from a harrowing bout with COVID-19, Freeman caught the tail end of Atlanta's preparations for the season, collecting three hits - including a homer - in Monday's intrasquad game. Sure, we can't take any sort of preseason stats at face value, but that performance was encouraging, and his return for Opening Day added further optimism that he's back to form or nearly so, as he displayed his characteristic discerning eye at the dish by drawing two free passes. It seems reasonable to expect Freeman to be an asset as usual in 2020 - an average of at least .290 with about 10 or so dingers sounds about right given his established track record of hitting for a high average and the fact that he slugged 28+ homers in 3 of the last 4 seasons. His hard-hit rate was also north of 40% in 3 of the past 4 campaigns, with last season's 47% representing a career best.

Jacob deGrom (SP-NYM) tossed 5 scoreless innings against Atlanta on Friday, allowing just 1 hit and walking 1 while fanning 8 on 72 pitches. His back was a bit of a concern as Opening Day approached, but deGrom showed that he was just fine in this one, as each of his first 6 pitches of the game clocked at least 99 mph and the heater sat at 97-98 when he set down the Braves in order in his final frame, striking out two of them. The lone hit that he allowed didn't even leave the infield. Par for the course, the Mets offense didn't do much to support him and he ended up with a no decision. He lines up for another tough matchup in his next outing - against the Red Sox on Wednesday - but fantasy owners should not hesitate to trot him out there as it appears to be business as usual for deGrom.

Mike Soroka (SP-ATL) carried his success from 2019 into the new campaign against the Mets on Friday, completing 6 scoreless innings in which he scattered 4 hits, walked none, and fanned 3. The outing was very much a microcosm of his breakout rookie season, as Soroka stranded the few baserunners he allowed (80% clip last season), didn't strike out a ton of guys (7.32 K/9 in 2019), and showed good control (2.11 BB/9 last year). The 22 year-old's velocity sat right about where it did last season in this start, as his heater and sinker both sat at about 91-93 throughout the start. It's just one game, but Soroka's performance suggests that what we saw last season was the real deal.

Sonny Gray (SP-CIN) handled the Tigers lineup well on Friday evening, surrendering just 1 run on 3 hits and a pair of walks while racking up 9 punchouts in 6 innings of work. The Tigers scored their lone run on a big fly by C.J. Cron, but Gray was otherwise solid in the 90 pitches that he tossed. The 30 year-old's first outing of the 2020 campaign - although it did come against one of the weakest squads in all of baseball - does much to show that we can't ignore his stellar 2019 season, in which he recorded a 2.87 ERA (3.65 xFIP), 1.08 WHIP, 10.52 K/9, and 3.49 BB/9. He does line up for a bigger test in his next start, which will likely come against the Cubs on Wednesday.

This is just a small sample our daily analysis, join our member area for over 80 daily player updates sent to your inbox every morning and track your team online. Click here for details: http://www.insiderbaseball.com/baseballsample.htm Click here to register: http://www.fantistics.com/salesbaseball.php3.