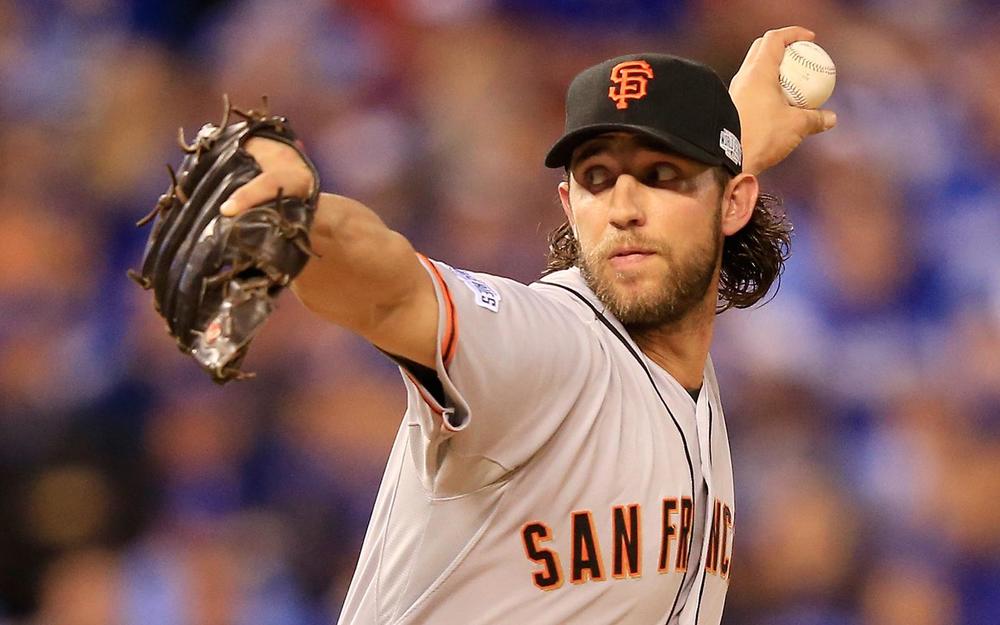 Bumgarner turned in a decent performance on Wednesday with two runs and five strikeouts over 5.1 innings, but fantasy owners should be concerned with the 30-year-old's velocity. Bumgarner's fastball averaged just under 88 mph and topped out at 89 mph on Wednesday, making it his second consecutive start with his fastball failing to hit 90 mph. Last season, Bumgarner's fastball averaged nearly 92 mph. Two games is still a fairly small sample, but Bumgarner's strikeout rate is unlikely to break 23% if his velocity remains down, and his contact quality will likely remain poor as well. With that in mind, it's unlikely that Bumgarner will post an ERA below 4.00 for the season, and fantasy owners should attempt to trade the former ace to someone hoping for a rebound.

Dahl hasn't been particularly productive this season with a .610 OPS after Wednesday's game, but his contact rate is way up this season. After posting contact rates between 71 and 72% in each season between 2016-2019, Dahl has posted an 83.7% contact rate coming into Wednesday's game, and he put balls in play in all four of his plate appearances on Wednesday. Encouragingly, Dahl's power metrics are up right now as well, and he's posted a career-high .365 xwOBA. It's still early and it's not clear that Dahl's contact improvements will stick, but the Rockies return to Coors Field for a home series later this week and DFS players should consider streaming the likely soon to be hot Dahl.

Gray was fantastic on Wednesday, tossing 6.2 innings with two runs (0 earned) and 11 strikeouts. Gray has now thrown 12.2 innings with just one earned run and 20 strikeouts for the season, and even his contact allowed has been excellent with an 85.2 mph average exit velocity on Wednesday. Wednesday was also the second consecutive game in which Gray got his slider usage up over 20%, and the pitch was elite once again with a 33% swinging-strike rate. Increased slider usage should allow Gray to continue pitching well this season, and although it's unlikely that his ERA will stay below 2.00 all season, Gray should post an ERA below 3.20 this year.

Bryant picked up his second hit of the season on Wednesday, bringing his full-season average up to a weak .091 and his OPS to .303. Despite only seeing one batted ball fall for a hit, Bryant made excellent contact quality on Wednesday with a .400 xBA and a 100.6 mph average exit velocity over three batted balls. A 17% IF/FB ratio and a 42% strikeout rate had hampered Bryant's production coming into Wednesday's game, but the 28-year-old has displayed strong power and no major warning signs that an extended slump is likely. Fantasy owners should try to buy low on Bryant and capitalize on his slow start to the season as it seems unlikely to last long.

Woodruff held the Pirates to one hit and no runs over 6.1 innings on Wednesday, striking out 10 batters in the process. Woodruff was on fire in virtually every aspect of Wednesday's game, with his fastball and sinker both maintaining their increased velocity and touching 99 mph, his overall average exit velocity sitting at 83.5 mph, and his swinging-strike rate topping 21% for the night. Increased sinker velocity is important for Woodruff, and it should allow him to best last season's already solid 26% strikeout rate. Combined with the continued ditching of his fastball in favor of his sinker, Woodruff's improved sinker should allow him to post an ERA around 3.30 for the season. Fantasy owners should expect Woodruff to have a mini-breakout this season as a result, and consider trading for the 27-year-old.