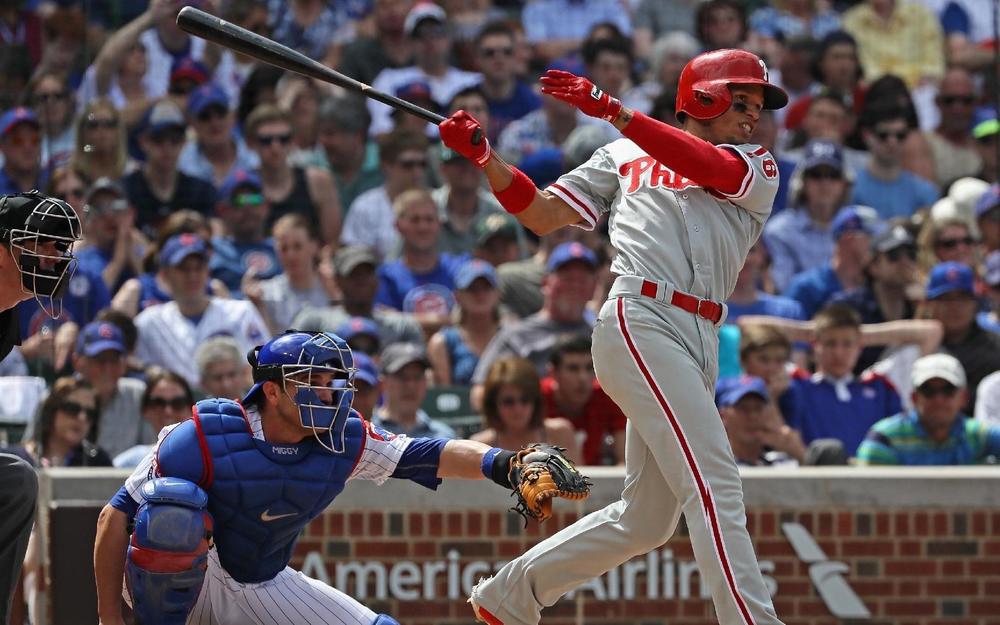 The newly-acquired 2B is expected to bat leadoff for the Tribe this season, likely batting in front of Carlos Santana and Francisco Lindor in the Cleveland lineup. Hernandez is never a high-end fantasy option as he doesn't excel in any area; he has never hit .300 in a single season, nor has he ever reached 20 HR's or SB's, or 100 runs or RBI. But he does contribute modestly in all categories. He makes solid contact with a career 18.9% K%, and actually had a career best 15.0% K% last season. This has allowed him to maintain an above average BA (.277 career) and he also has a very solid .352 career OBP. His most valuable fantasy contribution may be in the form of runs scored, especially if he is hitting leadoff. Throughout his career, Hernandez has batted first in a bit more than half of his games played and averaged 103 runs per 162 games from the leadoff spot, compared to 54 runs per 162 when he's elsewhere in the lineup. His durability is also an asset as he has played in 161 games in each of the past two seasons, and he should be expected to play nearly every day for the Indians in 2020.

Deshields arrived late to the Indians summer camp due to having previously tested positive for COVID-19, and he has now been placed on the 10-day IL. He was originally expected to making Cleveland's Opening Day roster but that seems unlikely at this point. Deshields has some fantasy upside thanks to his SB potential (20+ SB's in three straight seasons), but is a risky player to reserve a roster spot for, as his playing time is very uncertain even when he is healthy.

Luplow sidelined with back soreness

Luplow has been resting the past couple of days due to a sore back, and the Indians will continue to evaluate him going forward. Luplow quietly had a productive season offensively in 2019, slashing .276/.372/.551 with 15 HR's in 261 PA's. He increased his Hard% to 40% and produced an excellent 137 wRC+. However, he is likely to play primarily only against LHP's this season, and for good reason. He produced a phenomenal .320/.439/.742 with 14 HR's in 155 PA's against southpaws last season, compared to a measly .573 OPS against RHP's. As a platoon player, he will likely have a lot more value in daily leagues as opposed to season-long formats.

With Michael Kopech opting out of the 2020 season, a spot has opened in the White Sox rotation and Gonzalez is the favorite to take that spot. He had a solid season with Brewers last year, posting a 3.50 ERA across 19 appearances (17 starts), but his peripherals have declined in recent years. His K/9 has dropped to about 8.00 while his BB/9 has bumped up to around 4.00 over the past two years, and his xFIP has been over 4.20 in each of the past three seasons. He could still serve as a viable #5 starter for the White Sox, but don't expect his ERA to be under 4.00.

Rodon is recovering from having Tommy John surgery back in May 2019, and was expected to miss more than half of the 2020 season, but as it stands, he could be ready at or near Opening Day. He's probably still a longshot to be part of the White Sox rotation out of the gate, but he would seem to have good chance at joining the rotation at some point this season. Rodon got off to a hot start in 2019, posting a 2.89 ERA and 35:12 K:BB across 28.0 IP through his first 5 starts before a couple of clunkers and then the injury. He has shown glimpses of greatness at times, and at age 27, could still have a breakout at some point, but in 5 seasons so far, his lowest ERA has been 3.75 and his lowest xFIP has been 3.89. Lowering his walk rate (career 3.88 BB/9) will probably be the key to him to become a frontline starter.

Moncada on IL for Undisclosed Reason

Moncada was placed on the IL this Friday and no reason has yet been given for his absence. Teams of course are not allowed to disclose if a player has COVID-19 without the player's consent, so we can't be sure if that is the case with Moncada. He will be eligible to return before Opening Day and may in fact be ready by that point. Moncada had a breakout season in 2019, hitting .315 with 25 HR's and 10 SB's in 132 games. The BA will likely regress as his .406 BABIP was high even for him, but he did cut his K% from 33.4% to 27.5% so perhaps that number could improve a bit more this season. Even with some regression, Moncada should be able to make solid contributions across the board when healthy.

Puig reportedly agreed to a deal with the Braves on Tuesday. With outfielder Nick Markakis electing not to play in 2020, it makes sense for the Braves to add another outfielder to the mix. Puig has been quite consistent in recent seasons, hitting between .260 and .270 in each of the past 4 seasons, while posting 23-28 HR's and 15-19 SB's in each of the last three. The Braves stadium is relatively neutral for hitters and shouldn't provide too much of an advantage or disadvantage from Dodger Stadium where Puig has played most of his career. Those who drafted Puig assuming that he would eventually sign somewhere can be confident that he will indeed provide value for them in 2020.

With Yasiel Puig now in the fold, it seems very likely that Ozuna will primarily serve as the Braves' DH in 2020. This shouldn't affect Ozuna's fantasy value much this season, although he could lose OF eligibility for the 2021 campaign. Ozuna should improve on his .241 BA from last year as he was dragged down by a career-low .257 BABIP (career .314) despite an excellent 48.4% Hard%. He hit 29 HR's a year ago and should continue to be a good source of power considering how hard he has been hitting the ball.

Mets fans and deGrom owners around the world fell into panic mode on Tuesday after hearing that deGrom left Tuesday's intrasquad game after just one inning of work. The Mets announced that he experienced back tightness, but we will have to wait for further updates to find out the severity of the issue. DeGrom is obviously a fantasy ace and owners will need to hope for the best, but if I was drafting tomorrow, I would probably knock him down a few spots given the uncertainty of the situation.

Buehler is apparently behind the other Dodgers starters in terms up building up his pitch count and manager Dave Roberts suggested that he may only be able to go 3 or 4 innings in his first start of the season. That would obviously prevent Buehler from getting a win in his season debut, but it shouldn't majorly affect his season outlook. He has been a legitimate ace over the past two seasons, and recorded a 3.26 ERA (3.37 xFIP) with a phenomenal 215:37 K:BB in 182.1 IP in 2019. Even with an abridged debut to the season, Buehler should be regarded as a top-10 SP in MLB.

Duffy has been named the Royals Opening Day starter against Cleveland this season, as his competition Brad Keller remains on the IL with the coronavirus. While Duffy will serve as the Royals' ace for this season, he would likely be a bottom of the rotation option for most teams considering his struggles the past couple of seasons. He has posted ERA's of 4.88 and 4.34 over the past two years respectively, and his xFIP's have been even worse (4.92 and 5.14). He hasn't been able to replicate his 9.42 K/9 from back in 2016 and has been right around 8.00 K/9 ever since. Duffy also suffers from a high FB% (career 41.7%) which isn't very good if you're trying not to give up HR's. He doesn't look like a strong fantasy option right now.

Buxton has been diagnosed with a left foot sprain after falling to the ground during an intrasquad game on Monday, and is considered day-to-day for now. The Twins are still hoping that Buxton will be ready for Opening Day. Buxton is a risky to player to own as his astronomical strikeout rates lead to some enormous slumps, but he can also go on hot streaks that carry your team across the board. I don't blame those who wish to avoid Buxton altogether, but note that he did cut his K% to a more respectable 23.1% last season. On the other hand, his 14.6% SwStr% was right in line with his career norms, so there's no guarantee he doesn't fall back a bit in terms of contact. That said, SB's are a commodity nowadays, let alone someone who can provide speed and power, so there will be owners who are willing to roll the dice.

As expected, Alcantara has been named the Opening Day starter for the Marlins for the 2020 season. Alcantara produced a solid 3.88 for Miami in 2019, but his peripherals weren't quite as pretty, with a 5.17 xFIP and a mediocre 6.89 K/9. On the bright side, Alcantara did seem to pick up his game a notch towards the end of the 2019 season, as over his last 8 starts he posted a 2.63 ERA, 3.97 xFIP, 8.23 K/9 and 1.98 BB/9. But one can question whether that small sample size is anything overly significant. I would expect some regression from Alcantara in the 2020 season.

Soroka has been named the Braves Opening Day starter this season, which comes as no surprise considering he posted a 2.68 ERA as a rookie in 2019. Soroka should be expected to take a step back this season as he recorded an unexceptional 7.32 K/9 and his xFIP (3.85) was more than a run higher than his ERA last season. He should still be good this year, as his 51.2% GB% is elite, even if his strikeout rate is not. But he may have a hard time providing the value for where he will be drafted. 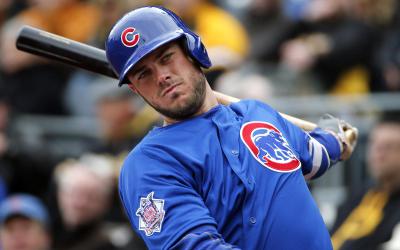 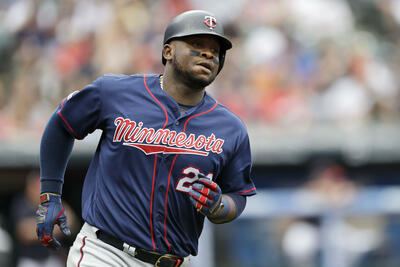 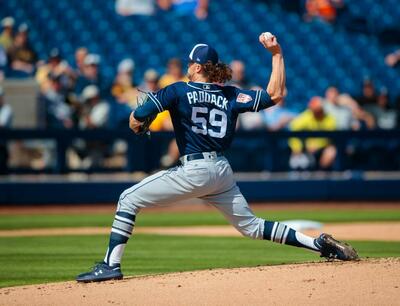 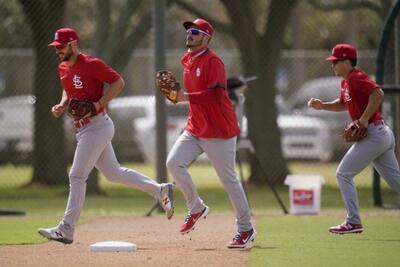 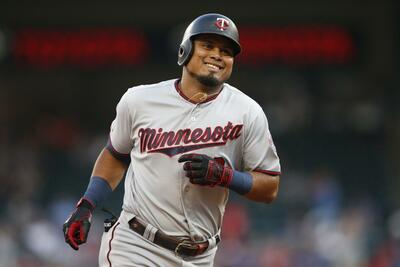 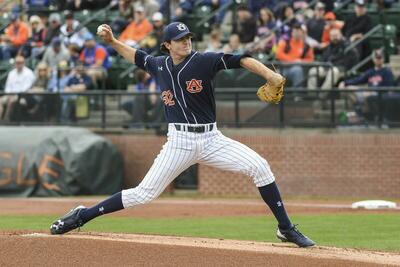 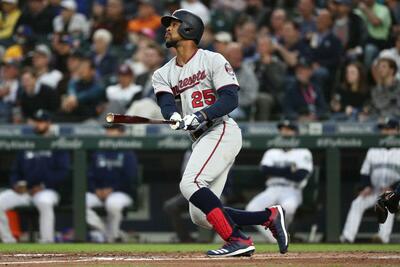 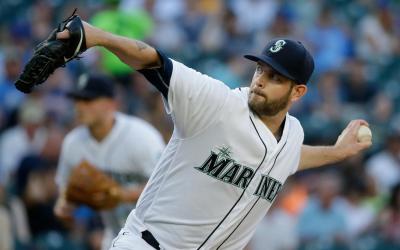 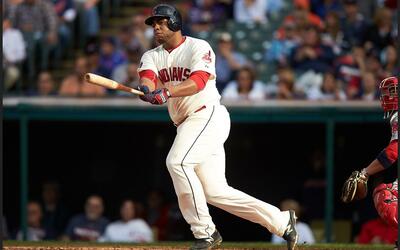