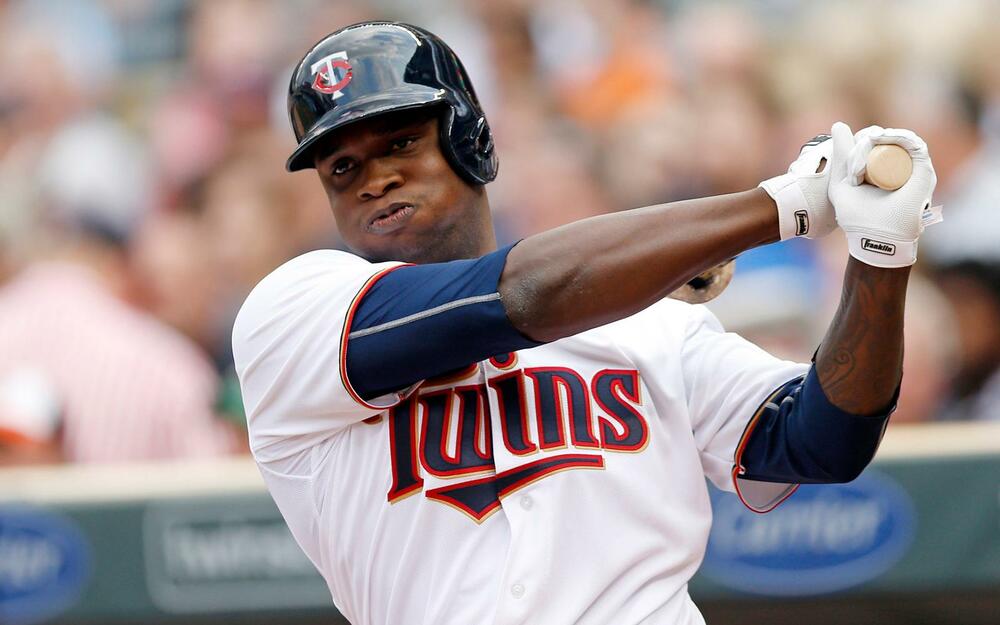 Iglesias went 2-for-5 with an RBI against the Blue Jays on Sunday. A brief stint on the injured list is the only blemish on what has otherwise been a terrific season at the plate from Iglesias so far, and fantasy players should approach the 30-year-old's breakout with tempered optimism. Iglesias has always been able to post a strikeout rate below 15% thanks to strong contact skills and a free-swinging approach, but his contact quality tends to rank near the bottom of the league with a .303 xwOBAcon for his career. Iglesias's .493 xwOBAcon so far this season tops his previous career-high by more than 150 points, though, and his 46.2% hard-hit rate nearly doubles his previous career-high. That seems fluky (and to some extent, it probably is), but Iglesias went on a similar power surge towards the end of last season, and his hard-hit rate (24.2%) and xwOBAcon (.327) were both career-bests last year. Iglesias boasts an impressive 44% hard-hit rate over his last 50 plate appearances, and the only time he's come even close to matching that over his career came in August of last season. It seems as though Iglesias's power bump is part of a larger trend, suggesting that much of it will stick over the rest of the season. That being said, it's unlikely that Iglesias's power bump remains so significant. Of the 49 qualified batters to see their hard-hit rates increase in each of the past two seasons, only one (Christian Vazquez) saw their hard-hit rate rise by more than 10 points in their second season, and 60 of the 110 qualified batters who saw an increase in their hard-hit rate from 2017 to 2018 saw a decrease in their hard-hit rate from 2018 to 2019. Still, Iglesias seems headed for the top end of the spectrum, so he should post a hard-hit rate of around 30% for the rest of the season. That puts Iglesias in line for an OPS of around .800 for the rest of the season -- nothing to scoff at and a career-high, but a long way from what he's been doing so far this year.

Gibson allowed five runs over five innings with eight strikeouts against the Dodgers on Sunday. Gibson's slider was excellent with a 24% swinging-strike rate, and his overall 14% swinging-strike rate for the game was a step in the right direction after he posted an 8.1% swinging-strike rate over his first six starts this year. Interestingly, Gibson decided to feature his changeup with an arsenal-high 29% usage rate for the game. Gibson's changeup had been his fourth most-used pitch this season coming into Sunday's start, but it's also been his best pitch by swinging-strike rate (16.5%) and xwOBA (.259). Gibson should see his overall performance improve with increased changeup usage, so his pitch mix is worth watching as the season progresses. That makes Gibson worth targeting for pitcher-hungry fantasy players in deeper leagues, but fantasy players who can afford to be patient should wait and see how Gibson plays over his next start or two.

Polanco homered and singled in four at-bats against the Tigers on Sunday. Polanco broke out last season with a .841, but he's struggled so far this season and took a .682 OPS into Sunday's game. Improved power and contact quality fueled Polanco's breakout last season, as his 33.1% hard-hit rate and .387 xwOBAcon were both career highs. The concerning aspect of Polanco's 2020 struggles is that -- 2019 aside -- his underlying numbers fit almost exactly in-line with his career averages. Importantly, that includes his .338 xwOBAcon, which is only five points off of his .333 career average not including 2019. It's too early to say that Polanco's 2019 was a fluke, especially when considering that his hard-hit rate has been trending upwards over the past three weeks and that his struggles don't stretch back to the end of last season, but the Twins have already played more than half of their games this season, and Polanco's performance is certainly concerning. Fantasy players who can afford to keep Polanco on their bench should do so (depending on who's available on waivers), but the 27-year-old should not be counted on as an everyday shortstop in fantasy lineups and is droppable in most leagues.

Maeda looked great against the Tigers on Sunday, allowing three runs with eight strikeouts and no walks over six innings. Free from the rotation-shuffling Los Angeles Dodgers, Maeda has shined with the Twins so far this season and left Sunday's start with a 2.53 ERA. Maeda cut his fastball usage 14 points from last season to just under 20%, instead emphasizing his slider and changeup. Maeda's changeup has been particularly strong with a 25% swinging-strike rate and a .204 xwOBA, and his slider has been effective as well with a 17% swinging-strike rate and a .311 xwOBA. That pitch mix adjustment has fueled a career-best 15.7% swinging-strike rate for Maeda this season, pushing his strikeout rate up above 29%. Additionally, Maeda's changeup and slider own the top two chase rates of the pitches in his arsenal, so his updated pitch mix has helped keep his walk rate (5.2%) down as well. Maeda's .186 BABIP is unsustainable, but fantasy players should expect the 32-year-old to continue pitching well with an ERA below 3.20 for the rest of the season.

Sanó went 0-for-3 with three strikeouts against the Tigers on Sunday. Sanó came into Sunday's game with more strikeouts than any other batter in the major leagues, but he also had a strong .872 OPS. Sanó's contact quality puts him in a rare group of hitters whose contact is so strong that a strikeout rate above 35% becomes palatable. To that end, Sanó has been destroying the ball so far this season with a 53.8% hard-hit rate, a 27% barrel rate, and a .601 xwOBAcon. Only Joey Gallo and Aaron Judge have posted an xwOBAcon above .600 for a season (min. 200 PA) since Statcast began tracking the stat in 2015, and only 19 batters have come within even 100 points of .600. Sanó should continue mashing the ball over the rest of the season, but he's also likely to post a strikeout near 40% given his 18.6% swinging-strike rate. That makes Sanó most valuable in points leagues, but his elite contact quality gives him value in all formats.