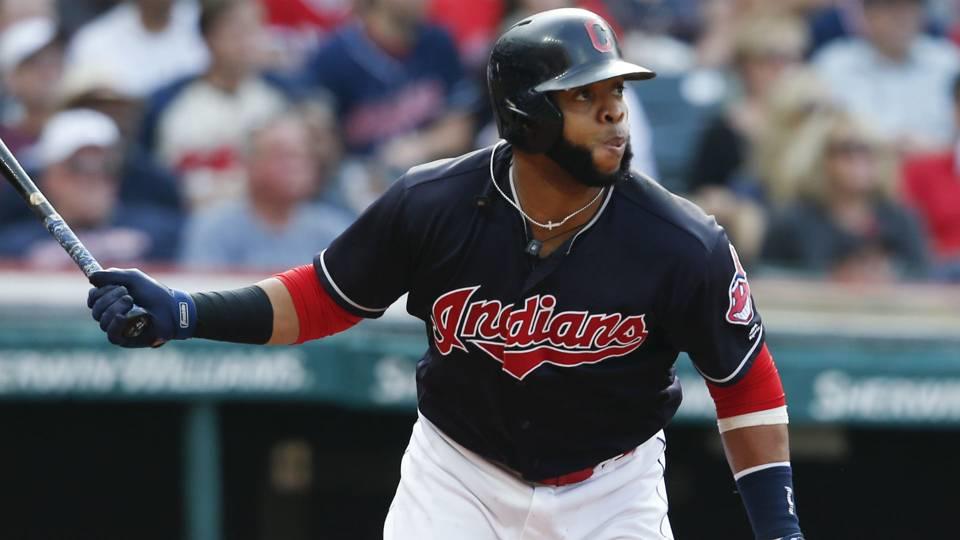 Santana was one of the best values in fantasy baseball last season with a .281/.397/.515 slash line, but he's struggled so far this season with a .188 batting average and .631 OPS after a hitless game on Sunday. Santana's plate discipline has been characteristically elite so far this year with a 17% o-swing rate and a 19% walk rate, but his power increase from last season has not continued into this season. Santana's average exit velocity jumped to 91.8 mph last season, but it's fallen back towards his career average at 87.3 mph so far this year after declining through September of last season. It's important not to overreact to small samples of performance, but Santana is unlikely to post an OPS above .850 if his power remains depressed relative to last season. Santana should still post an OPS above .800 this season and fantasy owners shouldn't be too concerned about his early-season struggles, but the 34-year-old's power is worth keeping an eye on.

Alberto collected three hits over five at-bats against the Rays on Sunday. Alberto has been on fire to start the season with a .429 batting average and a 1.145 OPS after Sunday's game, but fantasy players shouldn't buy into his hot start. Despite an unimpressive 84.9 mph average exit velocity that sits in line with last season's mark and a .289 xwOBA, Alberto has managed to post extra-base hit and home run rates that more than double his previous career highs. Unsurprisingly, Alberto has posted a ridiculous 0.170 wOBA - xwOBA further indicating that he's benefited from a significant amount of luck early this season. This isn't to say that Alberto should be avoided by fantasy owners, though. With an aggressive plate approach and rare whiffs Alberto should post a strikeout rate below 11%, and his average exit velocity and pull rate (59% this season) are both career highs and suggest that a mild power bump could be in store this season. But Alberto isn't likely to post an OPS above .800 for the entire season, and his hot start shouldn't make him a trade target or waiver priority for fantasy players.

James struggled on Sunday, allowing four runs over three innings with four strikeouts and six walks. James's 16% swinging-strike rate and 37.6% strikeout rate from last season make it easy to dream on his potential, but the 27-year-old has not pitched well as a starter this year, leaving Sunday's start with a 10.50 ERA. Even with an impressive near-30% strikeout rate to start the season, James has been unable to produce strong fantasy results because of shaky control, as he's now walked 11 batters over his first six innings this season. To make matters worse, James has (predictably) seen his fastball velocity dip since becoming a full-time starter, though he still hits 98 mph with the pitch. James's poor control makes him unrosterable in most leagues for now, but the potential for a breakout remains and fantasy players should monitor his performance as the season progresses.

Kepler went 2-for-4 with a pair of doubles against the Indians on Sunday. An elevated 23.3% strikeout rate combined with some bad luck (-0.38 wOBA - xwOBA) have held Kepler back from recreating his success from last season, but fantasy owners shouldn't be worried about Kepler's performance yet. One of the driving factors behind Kepler's breakout last year was an improved plate approach, as his z-swing rate shot up to a career-high 75.8% while his o-swing rate remained a manageable 30.6%. Those trends have not carried into this season, though, with Kepler posting a 36.1% o-swing rate and a 65.4% z-swing rate so far this year. It's too early to worry about Kepler's plate approach, and his plate approach wasn't becoming much of an issue towards the end of last season (though he was a more aggressive hitter towards the end of last season), but fantasy owners should monitor his plate approach going forward.

Diaz has struggled to start the season with a .167 batting and .526 OPS following Sunday's 1-for-4 performance, but he's showing signs of turning his season around. Poor contact quality (and some bad luck) has held Diaz's BABIP down to .190, and he still doesn't have an extra-base hit for the season. Encouragingly, five of Diaz's last nine batted balls have come off of the bat faster than 90 mph, and he's posted a .344 xBABIP over his past two games. Diaz is still hitting too many balls on the ground, but his launch angle should begin to stabilize over the next couple of weeks, and he should post an OPS above .800 for the season. As a result, fantasy players in need of a third baseman should consider buying low on the 28-year-old.