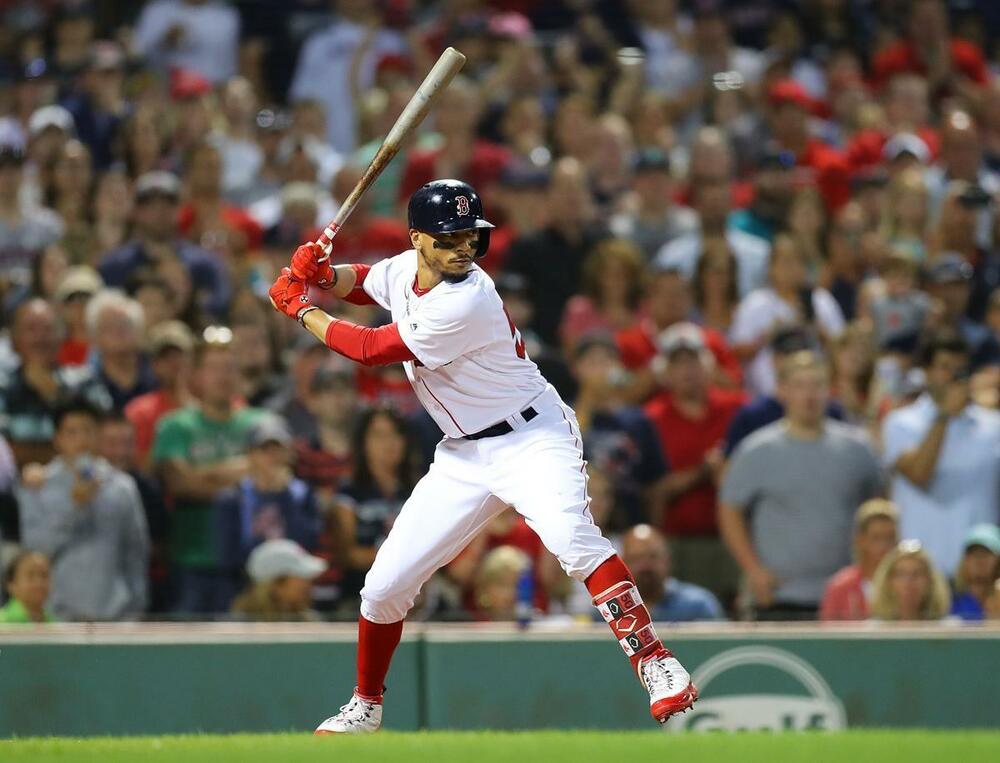 Betts had a monster game for the Dodgers on Thursday, going 4-4 with 3 HR's, 4 runs, and 5 RBI in a blowout win over the Padres. This was easily his biggest game since joining the Dodgers, and he now sees his BA jump to .319 and his SLG to .694. Betts entered the game with a career-high 46.6% FB% so perhaps we could be seeing his biggest power output yet. He also currently boasts an elite 3.7% SwStr%, good for 4th best in MLB. Betts is typically a part of the MVP conversation for whichever league he is playing in and this year should be no different.

Darvish dominated the Brewers on Thursday allowing just 1 ER on 1 hit in 7 IP, while striking out 11 and walking 2. He now has a 1.88 ERA and 27:4 K:BB across 24.0 IP this season with a career-best 15.1% SwStr% entering Thursday's contest. While he has benefited from a .232 BABIP, that's at least partially the result of his excellent 26.1% HardHit%. He seems to have picked up right where he left off in the 2nd half of 2019, when he produced a 2.76 ERA and an unearthly 118:7 K:BB across 81.2 IP. Darvish is pitching like an ace right now and has been a big reason for the Cubs success so far this season.

Moran hit his 6th HR of the season on Thursday as part of a 2-5 effort against the Reds. Many owners likely ran to scoop up Moran after he hit 5 HR's in 8 games to start the season, but were likely disappointed by his showing the following week on which he went 3-25 with 0 XBH's and 0 RBI in 7 games. So was his hot first week just a flash in the pan or has there been some real improvement from a guy who hit just 24 HR's over the past two years combined? The Statcast numbers seem to indicate that this is not simply a fluke as Moran is in the top 10% of the league in EV (92.6 mph), Barrel% (18.9%), and xSLG (.636). Those numbers are all way better than what he's done in previous seasons, and while he'll have a hard time keeping his SLG above .600, he has a realistic shot of setting a personal career-high in HR's (currently 13) even in a shortened season.

Senzel had a big day for the Reds on Thursday, going 3-4 with a double, a HR, and 4 RBI in a loss to the Pirates. Senzel entered the game with a weak .211 BA and .690 OPS for the season, but those numbers are now up to .262 and .857 respectively. Last season, he finished with a .256 BA and 12 HR's in 104 games, but there is reason to believe that he we will see improvement this season. His average EV was an excellent 92.2 mph entering Thursday (92nd percentile) and his Hard Hit% was also well above average (83rd percentile). His FB% is about 9% higher than it was in 2019, which means we should be seeing an increase in long balls from the former 2nd overall pick. He also has excellent speed and has thus far stolen 16 bases in 117 career games. He has the potential to be a big time fantasy contributor in the near future.