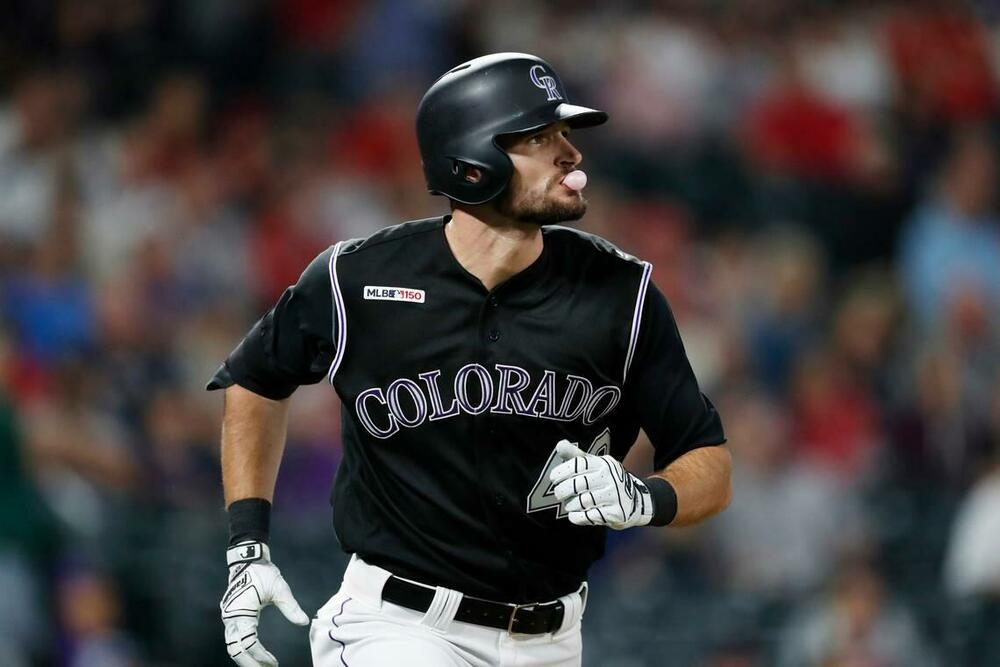 Hilliard went 4-5 with is first triple of the season Thursday. A trendy pre-season sleeper Hilliard had 6 hits all season entering play Thursday in 41 at bats and sported a 41% K rate. Hilliard has a steal and a home run on the season but his 19% swinging strike rate and 38% weak contact rate have made this a tough start. Hilliard has put up huge minor league numbers in both the power and speed department and hit 7 home runs in 27 games last year while posting a 1.005 OPS. His playing time has been sparse lately, but maybe the big game will kick him into gear

Lamet allowed just 2 runs on 2 hits while striking out 9 over 5 innings. Lamet entered play Thursday with some gaudy numbers - a 11.4 K/9 1.59 ERA and .211 babip. The big strikeout numbers here are no surprise but his success has been in part to his ability to keep the ball in the yard and limit walks better than previous years. His 2.56 BB/9 is well below his 3.84 career mark. The most interesting thing I see here is that despite his groundball rate dropping 8% and his flyball rate increasing 10% to 46% is his HR/FB is at a career low 6.9%. This a bit of a red flag as his xfip of 3.89 is a little more in line with what to expect ERA wise - and that mark matches his career mark almost exactly. Fantasy owners would be smart to expect big K numbers but also an ERA regression that should push it closer to 3.5/4 by seasons end.

Bohm went 2 for 6 with a double, walk and 3 strikeouts covering both games of the Phillies DH. Its only been a week but Bohm has hardly looked lost at the dish hitting .308 with .842 OPS while sporting a similar, if not better walk/k ratio (16.7% BB, 12.5% K) rate then he did even in the minor leagues. The power hasn't quite been there as he has put 52% of his balls on the ground - but an excellent and extremely low 5.9% soft-hit rate should ensure the extra base hits come in bunches as he puts more balls in the air.

Howard allowed 1 ER on 5 hits over 3 and 2/3 IP while striking out 5. Howard was hit hard in his first two starts (8 IP, 14 hits, 7 ER) but looked better Thursday despite the limited outing pitch wise (67 pitches). While he did get behind in counts a lot he still induced 10 swinging strikes to help him pile up the Ks. He hadn't shown a propensity for striking out batters in his first two contests at least compared to the minors where he regularly averaged more than 10 K/9. It not too surprising to see his struggles especially since he skipped AAA and only logged 30 innings at AA last season.

Harper went 1 for 5 with a pair of walks and his 6th home run of the season during the Phillies DH Thursday. Harper has put up MVP numbers through the 1/3 part of the season slashing .338 with an 1.147 OPS with 6 home runs, 16 RBIs, 21 runs scored and 4 stolen bases. As the Phillies have struggled to find the right leadoff hitter his RBI total is a bit low but Harper has been active on the bases and most impressively has cut his K rate significantly and currently has an excellent 13:13 BB:K line. He has done a great job of not only barreling the ball up (17%) but has also taken what the pitcher has given him, including dropping down bunt singles to beat shifts and going the opposite way at a career high 31% clip.