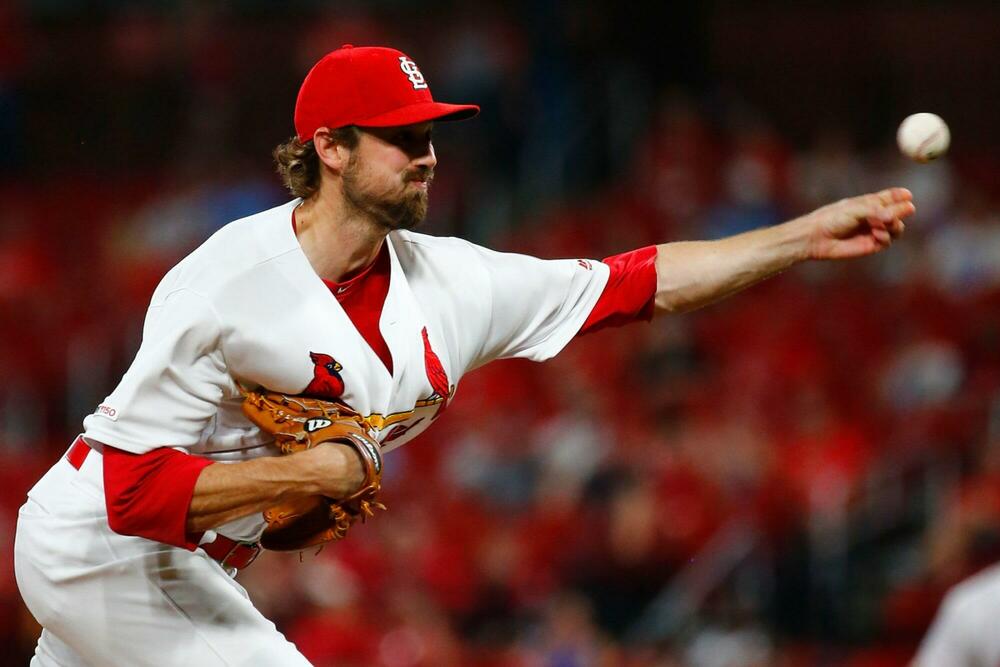 The divide between the upper class and lower class is growing larger, at least as it relates to baseball closers. The very good bullpens continue to get stronger and the closers continue to produce, while the weaker bullpens were hit hard at the trade deadline and it's leaving fantasy owners with very little to show for it. Given the performance struggles from bullpens in Arizona, Detroit, Toronto, Kansas City and a handful of other places, this season has proved that it paid to pay for top closers in the draft. We'll see where things shake out as the off-season unfolds and we enter spring training next year, but if the closer/reliever pools continue to be top-loaded, closer strategy in 2021 drafts will look a lot different than in drafts in prior seasons.

Let's take a look at some of the more fluid situations in the league right now:

-The Detroit Tigers made a change in the ninth inning, giving the last two save chances and last three ninth inning leads to Bryan Garcia. He has seemingly replaced Gregory Soto as the preferred candidate in the closer position after Soto blew the save chance last Friday night. Garcia is an interesting choice because he currently has just one more strikeout than he has walked in 17 innings this year and considering those numbers, it's actually a little surprising he is yet to give up a home run despite only having a 43% groundball rate. He's doing it by limiting his hard hit rate to 31%, but this is by and large a pitcher that needs to be avoided because he's teetering on the brink of disaster.

-Some guy named Travis Bergen got the save for the Diamondbacks on Thursday, further adding uncertainty over who will replace Archie Bradley in the closer role. Like Garcia, Bergen also has just one more strikeout than he has walks (6:5). Unlike Garcia, he's giving up hard hits 50% of the time. Paaasssssss. Kevin Grinkel and Michael Crichton remain the two best guys to won here, but the Diamondbacks have nothing to play for but next year's draft, so their value is also diminished.

-While the Blue Jays continue to wait for Ken Giles to return to the team (an activation this weekend followed by him getting eased into the closing role looks likely), Rafael Dolis has stepped up over the last week and seems fit to hang onto the job until Giles is ready. Dolis has saved back-to-back opportunities and had been doing it with a combination of inducing groundballs (48% groundball rate) and inducing weak and low contact (72% contact rate). He's worth a short-term add, but Giles more than likely wins the job back after a couple outings.

-Mike Matheny is going full blown committee mode as he tries to replace Trevor Rosenthal as closer, giving opportunities to Greg Holland, Scott Barlow and Jesse Hahn since the deal went down. Holland has the most experience of the group and he would be the one we put a priority on owning, but it certainly doesn't look like Matheny is in any hurry to name a closer right now.

-Jeremy Jeffress certainly looks like the closer for the Cubs, even if his manager refuses to acknowledge that fact. Dancing around that question likely has more to do with Ross trying to protect Craig Kimbrel's ego than it does any question in Jeffress' performance, which has been stellar as the Cubs stopper. With that said, like many "stop gap" closers who have found success this season, Jeffress continues to produce results with smoke and mirrors, as evidence by a 3.81 run disparity between his ERA and xFIP and his terrible 6% strikeout - walk rate. With the Cubs, however, he should see plenty of opportunities which will continue to give him value above and beyond his fellow counterparts in Arizona, Detroit or Kansas City.

-The Cardinals lost Giovanny Gallegos to a groin injury on Thursday. Gallegos has had an up and down season as a closing option for the Cardinals, but when he's been healthy, he's been very good. Assuming he misses time, Andrew Miller seems like the most logical option to replace him as a late inning option. Miller was activated from the injured list earlier this year after recovering from a shoulder issue and already has a pair of saves on the season after filling in for Gallegos earlier this year. Miller is certainly showing signs of age-related regression, generating a swinging strike rate of just 11.3%, his lower rate since 2012 with the Red Sox. We're seeing some of this shake out in his pitch mix, opting to mix in a sinker rather than continuing to try to utilize a fastball that continues to have velocity problems (averages just 90 MPH) on the fastball. Still, that shift to a sinker has resulted in his groundball rate to soar to 60.9%. He's a nice buy low right now.

-The Padres bullpen continues to get strong as they activated Emilio Pagan from the list and should serve as a key set-up man for Trevor Rosenthal. Prior to this season, Pagan had a strong 31% strikeout minus walk rate, but this season he has seen his strikeout rate plummet by 14% while his walk rate has risen to 13.6%.

-Ty Buttrey gave up a game-tying home run in the 9th inning on Friday night before adding two more baserunners until he was pulled for Jose Quijada. The latter then walked Trevor Story, allowing Charlie Blackmon to hit a walk-off grand slam. Yikes. Friday's performance comes after it looked like he was getting back on track after an ugly start to the month. Look for Joe Maddon to give Buttrey a break from the role for a bit, possibly allowing Felix Pena to see more chances over the final two weeks of the regular season.