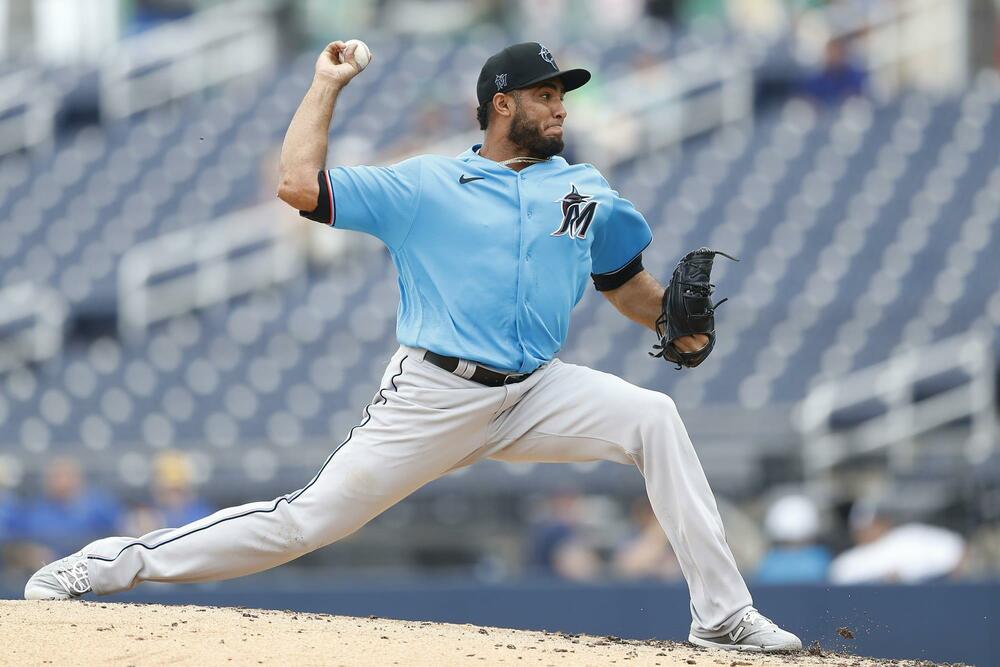 It's tough to believe, but we've reached the final edition of A Closer Look for the 2020 fantasy baseball season! It's been a challenging year in many ways, but as always, it's subscribers like yourself that make producing fantasy content so rewarding. If you're still reading this, it probably means you're in the playoffs or at least competing for a winning position in a rotisserie league. The fantasy sports industry is constantly changing and evolving and that's been especially true over the last several seasons. There are countless outlets you could choose to patronize for fantasy sports content, so from the bottom of my heart, thank you for being one of us at Fantistics. Interacting with you, whether it's on our SiriusXM show, on Twitter, or through email, has been and will continue to be the highlight of my role as a fantasy sports analyst. Here's to a successful final week of baseball's regular season and to better times ahead!

For the final time, let's take a look around the league to see what you need to know for the most important week of the year.

-The Brandon Workman deal has turned out to have done more harm to the Phillies than good. On Thursday, Workman melted down again, giving up three earned runs in a tie game, giving him an ugly 6.95 ERA in 11 2/3 innings pitched since joining Philadelphia. A Fantistics favorite, Hector Neris, looks to be positioned to reclaim the closer role for the team and needs to be added in any formats where he may have been dropped. Neris continues to post elite numbers, highlighted by his 17.4% SwStr% and 62% contact rate. Walks have become an issue this year (12%), but there's certainly some room for growth in his strikeout rate (25%) since his underlying metrics remain unchanged.

-The Giants are in full-fledged committee mode as they fight for a playoff spot. Tony Watson is clearly being used as the team's best reliever, coming into games in the most important spots rather than in a specific inning. That would be the 9th inning, but that could also mean the 7th inning. Either way, Watson remains the only one that's worth rostering.

-The Astros seem to have settled on Ryan Pressly as the best 9th inning option, but he's been far from lockdown in the role. Most concerning is recently has been his hittability, which can be seen by his 77% contact rate (up from 65% on the season) and middling SwStr% at 10.8%. The Astros bullpen remains void of any excellent options, so he shouldn't be in immediate danger of losing his role, even if he has taken two losses over the last week or so.

-Craig Kimbrel notched his first save of the season earlier this week. It's doubtful he passes Jeremy Jeffress in the Cubs' bullpen hierarchy given the team's recent success, but Kimbrel has been much better lately, failing to walk a batter or give up a run in six September appearances.

-Wade Davis is back with the Rockies, but was up to his old tricks in his first appearance on Wednesday, giving up a pair of hits including a home run. He'll pitch in middle relief for the rest of the year. His groundball rate is at an all-time low, as is his 6.5% SwStr%. That's a challenging combination for a Coors Field pitcher.

-Ken Giles made two appearances in his return to the Blue Jays before landing back on the injured list with a flexor strain. Rafael Dolis remains the best option at closer for this team, which coincidentally, has a fantastic opportunity to make a push for the playoffs. Walks are Dolis' achilles heal, so he's a risky option, but certainly one to consider.

-Greg Holland has saved three straight games for the Royals and has looked a lot more like his vintage form. His groundball rate is up and his strikeout-to-walk rate is sitting at a great 29:7.

-The Rays might have one of the most talented relievers in baseball in Nick Anderson, but that doesn't mean they'll always use him in the ninth inning. In what has turned out to be a very frustrating season for Anderson owners, both he and Diego Castillo have four saves for the team. This is textbook bullpen -by-committee.

-The Marlins have been one of the best surprises of the 2020 season, particularly since they overcame their COVID-19 infections to be thick in the pennant race. Yimi Garcia's story is a microcosm of the Marlins season - coming back from testing positive with COVID-19 to becoming one of the team's best relievers and possible closing option down the stretch. Garcia has a nice 32% strikeout rate, but that may be slightly over-stated considering his pedestrian 12% SwStr%. Nonetheless, he is a great speculative add for the final week since Brandon Kintzler has been dealing with a fingernail issue.