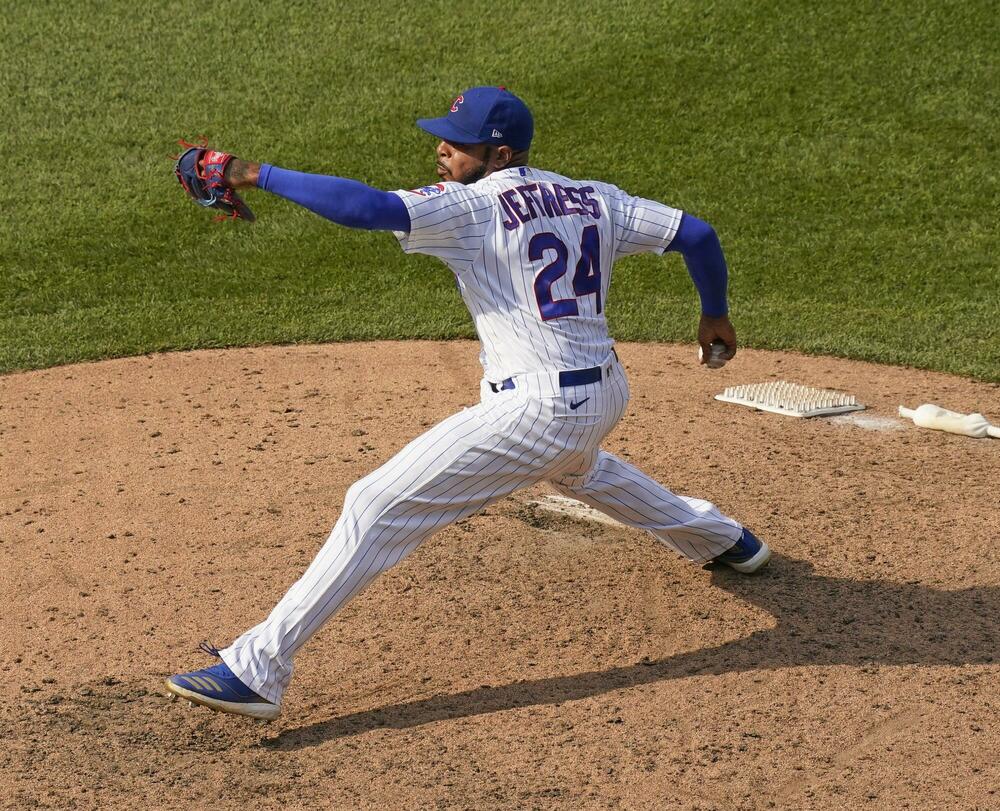 With the trade deadline in the books, this column historically shifts into a mode that looks towards the stretch run. We'll still do that this season, but instead of having roughly 8 weeks to help you make up ground in the saves category, the baseball regular season wraps up 3 weeks from tomorrow! The deadline did result in Trevor Rosenthal being dealt, as expected, but Archie Bradley being traded to the Reds and Taylor Williams being traded to the Padres was a bit unexpected, although both moves made sense for all clubs involved. We'll touch on each of those situations in more detail, but first, a quick discussion on rest-of-season strategy.

At this point, getting separation in the saves category is probably not possible. There's simply not enough time in a 60-game season to do this as you would in a regular year, which means you will have to scratch and claw any possible source of saves you can manage. In a standard 5 x 5 set-up, the best way to do this is by looking for potential saves vultures, or relievers who tally saves but aren't the regular closer. It takes a little work, but it's not that difficult to pull off a successful saves vulture strategy if you follow the following steps:

It's a lot of work, especially when you go through all that research and the guy you pick up doesn't even enter the game. Fret not, championships are built on blood, sweat and tears, so you need to have a little bit of both if you want to win.

-The Royals ended up trading closer Trevor Rosenthal to the Padres (more on that below), but they failed to move Ian Kennedy after he injured his calf last Saturday prior to the trade deadline. He's expected to miss about three weeks, which most likely puts the rest of his season in doubt. That leaves former Royals closer Greg Holland as the best of what's left and he should be viewed as the favorite for saves (what saves should arise for the last place Royals, anyway).

-The Padres are getting serious, acquiring two current closers in Taylor Williams from Seattle and Trevor Rosenthal from Kansas City. They did lose Emilio Pagan to the injured list this week, but activated Drew Pomeranz. Right now, Rosenthal seems to be the preferred 9th inning guy with Pomeranz setting him up. Rosenthal is a nice bounceback story, but don't sleep on Pomeranz regaining the role if Rosenthal struggles at all - which is possible considering he's allowing a 45% hard hit rate this season.

-The Diamondbacks surprisingly traded closer Archie Bradley at the trade deadline to the Cincinnati Reds (Sorry Bradley owners, Raisel Iglesias is keeping the job). The closer role in Arizona is still up for grabs as Hector Rondon has the previous experience in Chicago and Houston, but he has struggled to be effective this year. Right now, Junior Guerra looks like the most likely candidate to see save chances, but Stefon Crichton is slowly working his way into high leverage situations. Neither of these guys have can't-miss skillsets, so it's merely a situation where you'll want to chase the role rather than the skillset.

-Former top prospect for the Athletics, AJ Puk, is expected to join the team and pitch out of the bullpen. It seems unlikely he would steal saves from Liam Hendriks, but the kids has an electric arm and could have fantasy relevance even in standard forms. Puk tore his UCL, recovered, then dealt with a shoulder injury in spring training this season. He has a plus fastball, but also mixes in a very good slider, changeup and solid curveball.

-In typical Joe Maddon fashion, the Angels bullpen has the look of a patchwork quilt. Felix Pena notched the first save of his season on Thursday thanks to an off-day for Ty Buttrey. The team also activated Cam Bedrosian from the injured list. Buttrey remains the top of this committee, but it remains a committee.

-The Yankees found out Aroldis Chapman will be suspended three games for throwing at the head of Mike Brosseau. He is currently appealing the decision, so he is still active. The good news is that Zack Britton was activated off the disabled list and would most like feel the role as closer once the appeal os decided.

-The Orioles demoted Cole Sulser from the role after several really poor performances in a row. Coincidentally, Hunter Harvey was activated from the injured list and would be an option to pitch in the 9th inning for the O's. Harvey was the pre-season favorite for the role before getting injured. Harvey heavily weights his excellent fastball in his repertoire, but he does mix in a solid curveball to keep hitters off balance.

-The Cubs continue to try to fix Craig Kimbrel (spoiler: it isn't working), but David Ross hasn't done it in the 9th inning with a small lead for a while. Instead, Jeremy Jeffress appears to have taken over the role as closer for the Cubs. Jeffress is sporting a beautiful 1.20 ERA, but there are definite cracks in the foundation. His 5.3% K-BB rate is terrible and his xFIP of 4.91 seems to suggest headwinds on the horizon.