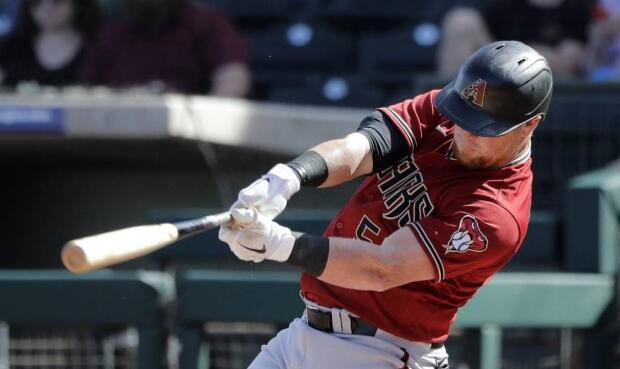 Kole Calhoun, Arizona Diamondbacks - Kole Calhoun homered twice on Tuesday to bring his season total up to 11. Even with the shortened season, this extended his 10+ home run streak to seven straight seasons. Calhoun had a serious spike last season (33) with the Angles but that also came in the season that the right-field wall was shortened, but he's continued it this season with a roughly 30 homer pace in his first season with the Diamondbacks. His pull rate this year has jumped to 56% which is nearly 10% higher than last season, his old career-high of 47%. This approach though has come to hurt his average though as he sits at just a .210 average for the season.

Christian Yelich, Milwaukee Brewers - It's been an extremely bad season for Christian Yelich, but he went 3-for-4 at the plate while hitting his 10th homer of the season. Yelich also walked once in the game. His contact metrics look great as always with a 94th percentile hard-hit rate and a 72nd percentile barrel rate, but his strikeouts have taken a ridiculous jump this season. He's always been around a 20% K% mark for his career, but this season it's ballooned to 32.8% and his whiff rate has also spiked to 36%. When he makes contact great things happen, but for whatever reason, he's swinging and missing a lot and it's crushed his overall season. Buy the bounce back in 2021.

Adam Duvall, Atlanta Braves - Adam Duvall hit his 15th homer of the season. He's been on an absolute tear since August 24th with a 169 wRC+ and 10 of his 11 homers have come over the last three weeks. Duvall is going to play every day for the Braves down the stretch as they close in on the playoffs. He's worth adding at this point while he's on this extreme tear, as his 96th percentile barrel rate shows that this isn't some fluky home run stretch.

Antonio Senzatela, Colorado Rockies - Antonio Senzatela allowed just one run while tossing a complete game against the A's. He managed to scatter six hits and a walk, though a 55% groundball rate definitely helped limit the damage. He only struck out three batters in the outing, and for the season he's running a 14.8% K%. Since he's a Rockies pitcher, that's concerning. He's also running a hard-hit rate in the 26th percentile and that 14.8% K% ranks in the 9th percentile for the year. Though he's running a 3.30 ERA, this isn't a profile that I'm excited about for fantasy.

Joe Musgrove, Pittsburgh Pirates - Joe Musgrove struck out eight batters over five innings but allowed four runs to extend his win-loss record to 0-5. Over the month of September Musgrove has 17 strikeouts over 12 innings and is running a 4.50 ERA, something that perfectly acceptable in the middle to back end of a fantasy rotation. An interesting development in Musgrove's pitch mix in September is he's spiked his curveball rate to over 20% while virtually getting rid of both his cutter and changeup with both offerings being used under 5% of the time. His curveball has only a .156 wOBA against it for the season, and it seems like he and the team clearly decided that it needed to be featured more often.