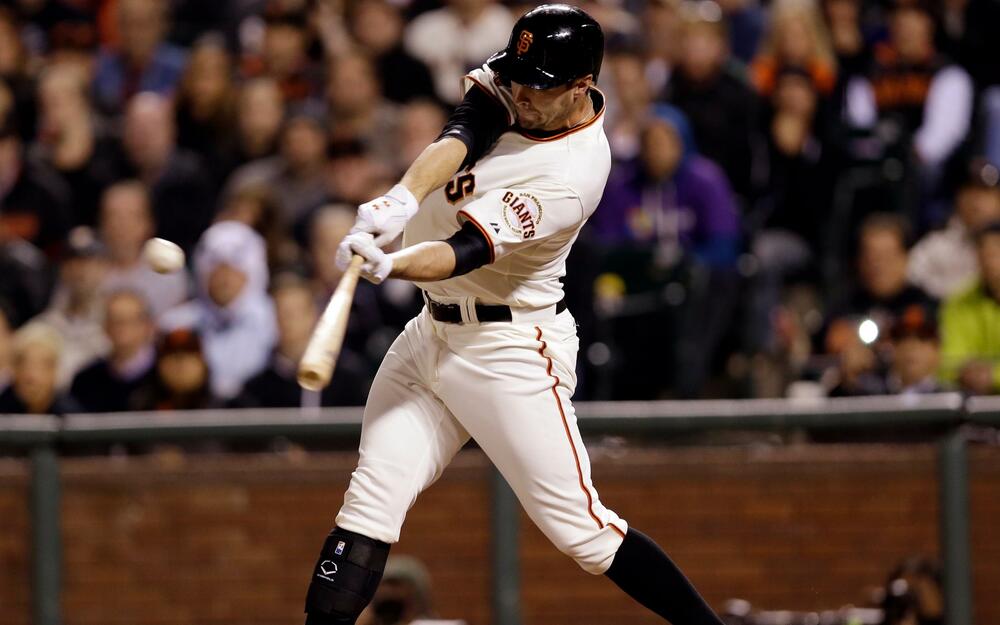 Kuhl hurled seven scoreless innings en route to his second win of the season on Thursday afternoon. He gave up just two hits, walked three, and struck out five in the contest. Kuhl has really struggled with his control this season as his 5.44 BB/9 currently ranks 3rd amongst starters (min 40.0 IP) across the majors. His season ERA now sits at 4.27 (5.47/4.98 FIP/xFIP), which is nothing to get excited about...but if you take out his one disastrous outing where he gave up nine runs in Kansas City, his ERA is actually an impressive 2.66 in 44.0 innings of work. He doesn't have great strikeout stuff (8.55 K/9 and 24.7 O-Swing% in 2020), so he won't be a particularly tantalizing fantasy option next season, but if he can figure out his control issues a bit he could be fantasy relevant for sure.

Schwarber went 0 for 4 in Pittsburgh on Thursday afternoon. He is now batting .187 on the season and has a whapping 30.7% strikeout percentage. Despite his batted ball percentages being on par with his career averages, Schwarber has really struggled this season. His .198 ISO is by far a career worst, as is his 30.8% O-Swing%, which has translated to an abysmal .301 wOBA. The short and bizarre season certainly takes some blame but what is worrisome is that the 27-year-old has actually gotten worse as the season has gone on. Since September 4th Schwarber is batting .083 with just five hits (0 HR) and two RBI. He has never been a high average hitter so when he isn't hitting the ball out of the ballpark he is a massive detriment to fantasy lineups.

Blackmon went 2 for 5 with an RBI on Thursday afternoon in San Francisco. It was his second two-hit performance in as many days and his average is now up to .308 on the season. .308 seems really low considering Blackmon was hitting over .400 for much of the year, but stil, it's nothing to scoff at. The real troublesome aspect of Blackmon's season is that he only has six homers and is posting a .154 ISO that is well off his career average of .202. He is starting to get up there in age (34), so his best years might be behind him, but that shouldn't deter you too much from snagging him in 2021. He did hit .314 with a .387 wOBA and 32 homers in 2019 after all.

Peterson collected his 6th win of the season with a seven inning effort in Washington on Thursday night. He gave up just one run on four hits and struck out four. Peterson's first season in the majors has come to a close with an impressive 6-2 record and 3.44 ERA. The 25-year-old has a bright future in front of him but fantasy owners probably shouldn't be all in on him for the 2021 season. Peterson's strikeout/walk numbers are lackluster (7.25 K/9 and 4.35 BB/9) and it is hard to be a consistently effective pitcher in this day and age with those types of numbers. Of course the advanced metrics don't like him either as his FIP was 4.51 and xFIP was 5.11 on the season.

Belt hit his 9th home run of the season on Thursday afternoon against the Rockies. He finished the contest 1 for 4 and is now batting .313 on the season. That is a very good mark considering Belt hit just .234 last season and his highest average for a season is .289 which was way back in 2013. Many players have struggled with this strange season, but not Belt, he has been posting career highs in basically everything. His .290 ISO, .432 wOBA, and 177 wRC+ are all career bests by a wide margin. Additionally, Belt's 21.1% O-Swing% is a career low, and his 9.3% SwStr% is tied for his best mark.