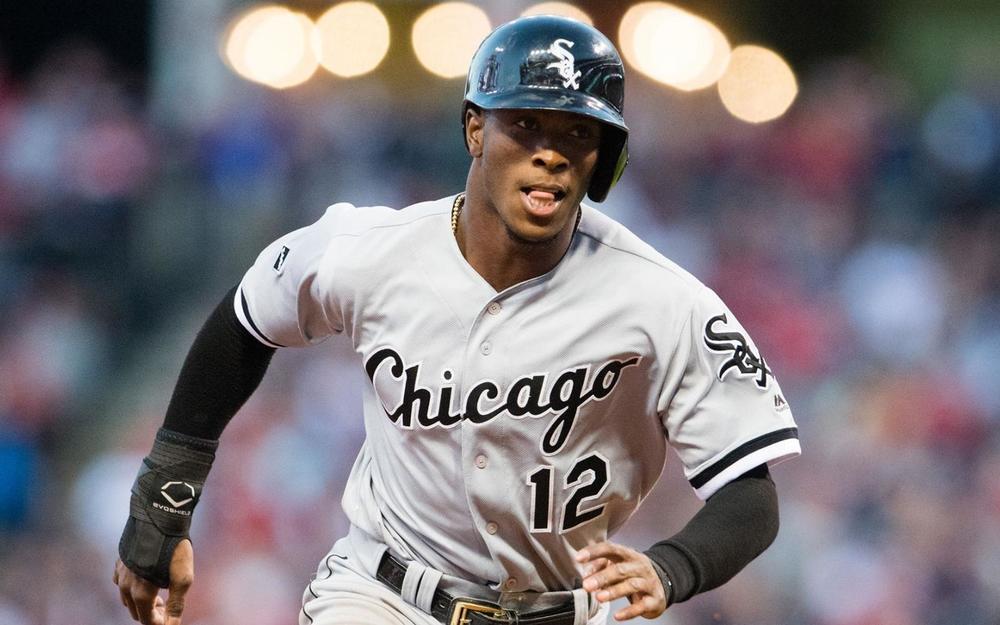 Logan Allen and Cal Quantrill have been the two primary candidates for the final spot in the Tribe rotation, and based on preseason performance, Allen would appear to be in the lead. Allen has allowed 1 ER in 9 IP with an 11:1 K:BB this spring, compared to Quantrill, who has allowed 6 ER's on 11 hits and 7 BB's in 8.1 spring innings. Allen's stats through his first two MLB seasons have not been impressive, but he is reportedly in better shape thanks to a new diet, and the Indians have helped him tweak his delivery based on analytics. So far that new delivery seems to be working, although it's still a very small sample size. If he keeps this level of performance though, he'll be hard to ignore.

Earlier in the spring, it appeared that Andres Gimenez was the underdog to be the starting SS for the Indians, with Amed Rosario being the favorite. But Gimenez has had a very strong spring thus far, going 9-24 with 2 HR's and 2 triples, and now seems likely to start the season at shortstop with Rosario now getting some practice in the outfield. If this ends up being the case, Gimenez will be a good source of steals late in drafts, as he is projected for around 25 SB's over the course of a full season, and he should also hit for a decent average.

This isn't all bad news for Rosario if he ends up getting regular playing time in the outfield, as he would at least gain position eligibility. If that were to happen though, it would be bad news for Oscar Mercado and Bradley Zimmer, the other two primary candidates to play CF for the Tribe. However, Rosario didn't have a great game defensively in the outfield on Tuesday, so he still has to prove that he's capable of that for the team to consider it a serious option.

Reigning Cy Young Award winner Shane Bieber was the obvious choice to start in the Tribe opener, as he enters the season as one of the top pitchers in baseball. Bieber was phenomenal in 2020, posting a 1.63 ERA, 2.04 xFIP, and 41.1% K%, while striking out at least 8 batters in each of his 12 starts. Some have argued that Bieber's success last season was buoyed by facing a bunch of weak lineups, and point out that he struggled against the Yankees in the postseason. That argument is hard to buy though, as Bieber dominated stronger lineups such as the Twins and White Sox as well, posting a 2.25 ERA and 39.8% K% in 5 starts against those two teams. And no other pitcher seemed to be able to plow through the weaker lineups the way Bieber did either. He will still likely see regression simply because of how difficult it would be to replicate his ridiculous 2020 numbers. But an ERA in the low 3.00's to go along with 240 K's would still be plenty enough to rank him as a top-3 SP.

Will this be the year that Tim Anderson regresses?

Everyone expected Tim Anderson to regress after he hit .335 in 2019, as it was based on an unsustainable .399 BABIP. But that regression didn't happen in 2020 as he hit .322 last season, again helped out by a bloated .383 BABIP. His metrics don't all point to him maintaining such a high BABIP as he doesn't hit the hit the ball harder than average, although his high GB% is good for a speedster like him. While the recent track record indicates that he's a high BABIPer, it's still hard not to expect that number to drop in the 2021 season. He's kept his K% in check the past couple of years, but his SwStr% was a whopping 15.9% last season, which means his strikeout rate could very easily creep back up again. All in all, the safer bet is that Anderson won't hit .300 again in 2021, with Fantistics projecting a .274 BA. Even so, he's likely to approach 20 HR's and 20 SB's which makes him a high quality fantasy SS.

Ohtani homered again on Tuesday, this time off of the Indians' Shane Bieber, and is now 11-19 with 4 HR's this spring. Ohtani struck out a lot last season, which led to an ugly .190 BA, (although the .229 BABIP also hurt a lot) but he also continued to show power and speed with 7 HR's and 7 SB's in 46 games. In fact, Ohtani has always had good power and speed numbers throughout his 3 big-league seasons. The problem is that as long as he is also trying to pitch, he is limited in his number of games played. Even without an injury, it's unlikely that he will hit in more than 120 games. He could still reach 20 HR's, but he'll have a hard time accumulating much more than 60 runs or RBI. He's good on a per game basis, but can be very frustrating to own on a season-long basis.

Pearson suffered a mild groin injury on Tuesday and it's very possible that he will begin the season on the IL. If that's the case, Ross Stripling will likely open the season as the Blue Jays' 5th starter. Pearson had a rough go in 2020, posting a 6.00 ERA and walking 13 batters in 18 IP, but he is the team's #1 overall prospect. Even when he does return from this injury, there's a good chance the Jays will be limiting his workload, so he's not likely to be a huge fantasy asset this season.

Hernandez left Tuesday's game with elbow discomfort, and will have to undergo testing. If the injury ends up being serious, it would open up a spot in the Orioles' rotation for possibly Jorge Lope or Bruce Zimmerman. Hernandez has been terrible the past couple of seasons with an ERA of 5.55 in 2019 and 6.40 in 2020. His K/9 has been barely above 7.00 in each of those seasons, while his BB/9 has climbed above 3.00. He is irrelevant for fantasy regardless of his health.

Posey was scratched from Tuesday's lineup due to hip tightness, although the Giants are hoping that this is only a minor issue. Posey has seen his power evaporate in recent years, hitting just 12 HR's in 219 games over the 2018-19 seasons before sitting out the 2020 campaign. He also saw his BA drop to a career low .257 in 2019 thanks to an uptick in his K% to 16.0%. That comes after 6 straight seasons of recording a K% below 12%. Unless we see that the year off leads to some sort of resurgence, Posey is a weak fantasy option even at the thin catcher position.

Polanco left Tuesday's game with thigh tightness and is considered day-to-day. Polanco is coming off a rather weak 2020 in which he hit .258 with 4 HR's and 4 SB's in 55 games. But his peripherals have been steady throughout his career. He is a good contact hitter with a small SwStr% (6.6%) and a high LD%, who doesn't hit the ball particularly hard but hits a lot of fly balls. This typically leads to a solid BA with a bit of power, which is what we should expect again in 2021. A .270 average with 15 HR's is not a terrible option, although there isn't a ton of upside here.

Bellinger was one of the bigger disappointments in 2020 as his BA fell from .305 to .239 and his OPS from 1.035 to .788. His K%, HardHit% and EV all declined last season but not by as much as his BA would indicate. In fact, Bellinger's xBA last season was .280. Bellinger is also reportedly trying out a new stance the results of which remain to be seen. While expecting another 47 HR season would be a bit of a stretch, I would expect something closer to 2019 than what we saw last year, or what we saw in a mediocre (for him) 2018. Fantistics projects Bellinger for a .273 BA, 39 HR's, and 110 RBI which makes him an excellent fantasy option.

Baddoo has never played above Single-A ball, but his performance this spring has the Tigers considering him for a roster spot. Through 12 spring games, Baddoo is 9-23 with 3 HR's, 2 doubles, and 8 BB's. If he were to make the roster, he would likely start as a 5th OF unless he forces his way into more playing time. In the minors, Baddoo has had high walk rates and shown good speed, and his patience at the plate has been on display this preseason. But again, it's a big jump from A-ball to the big leagues.

Guerrero is off to a great start this spring, going 9-17 thus far, with 4 XBH's, 2 K's, and BB's. He has been pretty good so far throughout his first two seasons, but he hasn't quite met the lofty expectations of him, hitting .269 with 24 HR's in 183 games. Guerrero had an excellent 50.8% HardHit% and 92.5 EV last season so there's reason for optimism that his numbers will improve this year, and the strong spring enforces that. His ADP right now is around 50, which may seem early considering his numbers to date, but it could also be a huge bargain considering the upside potential.