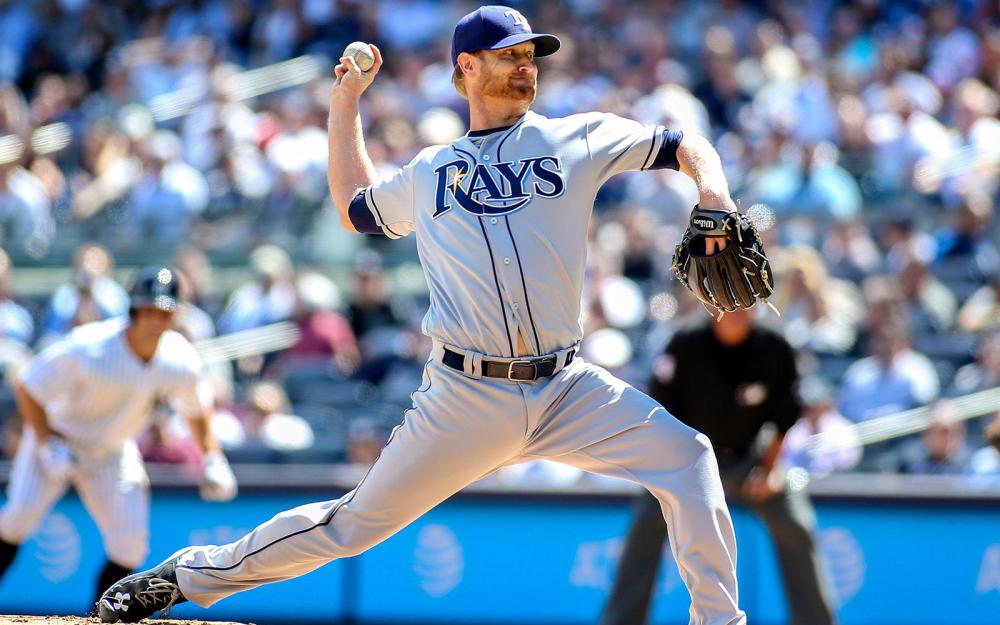 Alex Cobb (SP - LAA) - I'd spend a waiver claim on Cobb right now...go do it and then come back and read the rest. As Joe Maddon mentioned in the preseason, Cobb looks a lot more like the pitcher that he was in TB this year, and a lot less like the one he was in Baltimore, and that's definitely a good thing. His second start was an awful lot like his first: 97 pitches, 19 swinging strikes, and the feeling that might have stayed in a batter or two too long. Cobb struck out 10 and allowed only 4 hits and a walk over 5 2/3 innings, but they were all bunched together so 3 more runs are on his tally to make the ERA look less than pretty. That might be a good thing, as it might keep people off of him for a bit longer. His velocity is the highest its ever been, he's using his solid curveball much more (the only year he used it more was in 2017 with TB), and he's missing a ton of bats while maintaining the excellent control that he's shown for much of his career. If you couldn't tell, I'm very enthused about what I've seen the first two outings, and I'm picking him up and starting him everywhere I can find him.

Adam Eaton (OF - CWS) - Eaton's return to the White Sox has gotten off to a great start, as the 32 year old hit his 3rd homer in 9 games on Monday, giving him 10 runs and 10 RBIs already. This offense is likely to be a top-third offense, and Eaton will benefit greatly from hitting in front of Robert, Abreu, Moncada, and Grandal. He was drafted 67th among OF this spring, and I wouldn't be surprised if he were on a few waiver wires right now....I would be stunned if he didn't finish among the top 50 OF by production this year. His plate discipline and excellent contact rate make him a perfect leadoff hitter in front of that solid lineup core of the White Sox, and I think he could easily put up another 15/15 season like he did in 2019 here in 2021, replete with 100 runs scored.

Zack Greinke (SP - HOU) - Greinke had pitched around a lot of contact in his first two starts (both QS), but Monday's outing against the Tigers was a different story, as the light-hitting Detroit club tagged Greinke for 3 homers and 6 runs in just 4 2/3 innings. Greinke's swinging strike rate did approach average on Monday (10 in 90 pitches), but against a club that swings and misses as much as Detroit that's no major achievement, and he still has tallied only 10 K's in 17 2/3 innings through his first three outings. He generally avoids hard contact well enough that, when combined with his excellent control, he can still manage to post SP3-SP4 type numbers. Sooner or later this diminished velocity will be too much to overcome though, and I've been out on Greinke for a few years now.....there are plenty of other options out there. For me, Greinke has a decent floor but nowhere near the ceiling he used to offer, and that generally doesn't appeal to my appetite for risk at the back end of my pitching staff.

Robbie Ray (SP - TOR) - Robbie Ray looked like the "good" version of himself on Monday, throwing 93-96 throughout his 5 inning start, even after visibly tiring in the 5th. Ray had only thrown 63 pitches at the alternate site in his last outing, so I was surprised to see him stay in the game after he allowed his first hit, a sharp single to Rougned Odor with 1 out in the fifth. Prior to that, he was showing a lot of movement and velocity both, although he had only fanned 3 and walked 3 through 4 1/3. The 3 batters after Odor all hit the ball hard, including a 2-run homer by Higashioka....it seemed clear that while the velocity remained intact, the movement on his fastball had almost disappeared. Still, the start left me feeling fairly positive about Ray's prospects in Toronto. He's never a guy for the faint of heart with his control issues, but he kept the ball down well and the velocity was up at his career peak levels or even a bit higher. I like him as a back-end starter going forward, keeping in mind that he will still be building up arm strength/stamina for another start or two.

Chris Bassitt (SP - OAK) - I'll never understand the infatuation with Bassitt, who was SP48 by ADP but SP82 in our rankings this spring. Bassitt doesn't miss bats and is mediocre at best in GB rate and EV allowed, and his swinging strike rate has never reached 10% for a season. The lowest xFIP of his career was in last year's abbreviated season, and that was 4.49. I just don't get it.....he has a decent floor I suppose, but there's no ceiling at all here, and if you're drafting a pitcher in the first 50 at the position, they should have a chance to give you SP2-3 performance at their best. Bassitt won't. His control has improved to the point that it is about the only part of his game that is now better than average...there just isn't enough here for me to get excited about giving him a rotation slot.