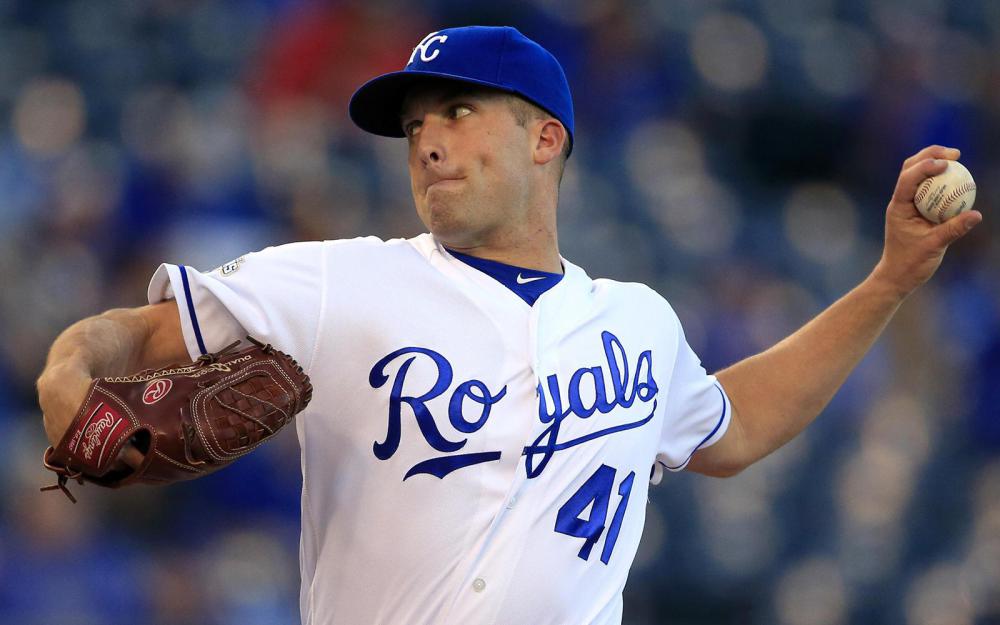 Danny Duffy (SP - KC) - Duffy allowed 4 singles, 2 walks, and 2 unearned runs over 6 innings on Monday, striking out 8 in his third straight strong performance. Its easy to look at the xFIP and say "random hot start, nothing to see here", but Duffy is showing better velo than he has at any point in the past 4 seasons. Not coincidentally, that 2016 season was his best as a starter, and he hasn't really come close to that level since. Yes, the FB rates along with above average exit velo are a potential issue, but I'm not saying Duffy is back to a top-40 SP, merely that he has value pitching at this level, and he should be rostered and started in most formats.

Dylan Bundy (SP - LAA) - Bundy (and the Angels) fell apart in the 6th inning on Monday, giving up a walk and three singles to the first four batters before he was relieved. All 4 came around to score of course, so Bundy left with a 5 7 5 5 2 6 line that looks much worse than it seemed. This should be construed as a positive comment on the whole though, because Bundy's velocity is up, his swinging strike rate is up once again (it has increased every year of his career, which is frankly amazing), and he seems to be avoiding hard contact better than he did in Baltimore. These are all things that I think will help him achieve his 3rd starter ceiling: a lower ceiling than we had once hoped for a high-school kid that threw in the upper-90s, but much better than many of his ilk ever reached.

Nathan Eovaldi (SP - BOS) - Eovaldi was a bit more hittable on Patriot's Day than he had been in his first three starts, but the massive amount of run support could have had a bit to do with that, as he was staked to an 8-1 lead in the second inning. He ended up allowing 4 runs on 9 hits over 6 innings, but he struck out 10 without walking a man and generated 19 swinging strikes on 100 pitches, so I'm going to chalk this up to "continuing the trend". That trend has been a massive increase in bat-missing since missing all of 2017, but the major portion of it has come in the past 13 starts in 2020 and 2021. Eovaldi was always a guy with a great (sometimes wild) arm that just didn't strike people out. After the first few years of his career his control improved significantly, and now it appears he's added the K component to things as well. The sizable increase in GB rate bears watching here as well, but with only 4 starts there I'm not going to get carried away....the bat-missing, though, has been there since the restart last summer, and has enough of a sample size now to be a "thing". I'm impressed, and if this GB increase holds as well Eovaldi is going to be much better than expected. For a guy not drafted inside the top-60 pitchers, his track record has been surprisingly good through xFIP, with 4 years in the past 6 at 3.81 or better. The problem is, of course, that he hasn't posted an ERA better than his xFIP since 2013. This could be the year, and even if he doesn't, I still expect a performance solid enough to finish the year as a top-50 SP.

Alex Verdugo (OF - BOS) - Verdugo had 3 hits and a walk on Monday, one of which was his 3rd homer of the season. Verdugo always seemed like the type of player that would hit for average, the power has been the major question. The EV has rebounded to 2019 levels in the very early going here, and perhaps more importantly the launch angle is up significantly. If he is going to keep a GB rate down around 40, I think Verdugo is going to have a monster season....and he's still just 24.

Rowdy Tellez (1B - TOR) - Tellez is 8-23 with a HR in the past 6 games to break out of a lengthy slump to start the year, and I would implore you to stick with him for a bit longer. Not only is Tellez swinging and missing at last year's improved levels thus far in 2021, but he's also hitting the ball hard enough to be 2nd in MLB in exit velocity (unfortunately he's just a few PAs short of qualification for the Statcast leaderboard currently). There's a really good hitter behind the "beer league" exterior, and I think he'll keep getting enough PT to prove it.