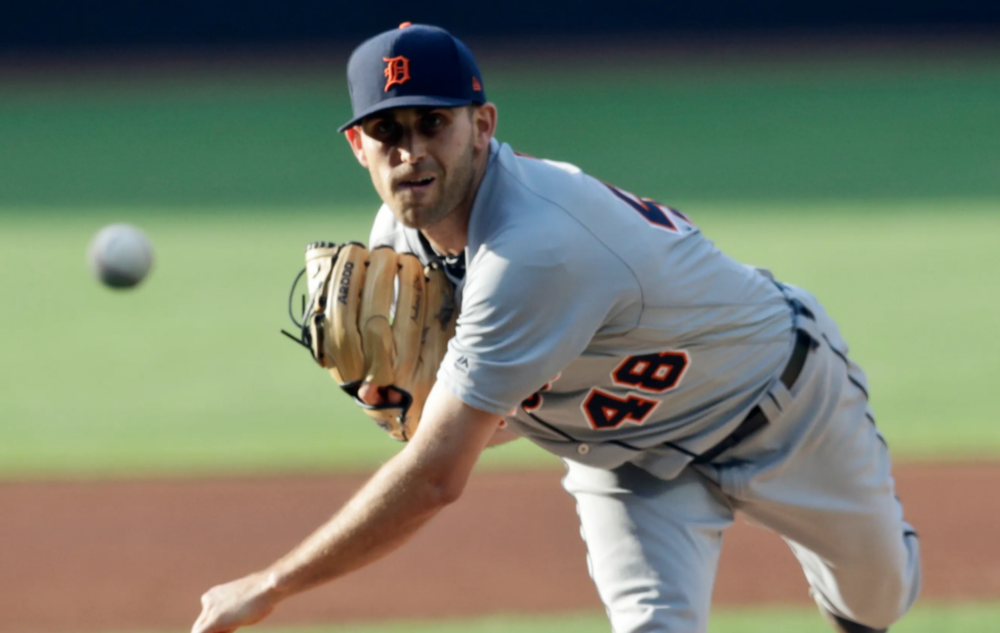 Nathan Eovaldi went 7 IP and gave up 1 ER on 3 H, 3 BB, and 7 K's against the Rays. Eovaldi looked good in his first start of the year (5.1 IP, 1 ER, 1 BB, and 4 K). The velocity is still there (97mph+) and he has added a slider to his repertoire this year. He threw a cutter a year ago but his slider is slower and has more horizontal and vertical break. If he sticks with this pitch, it would be a huge development for Eovaldi because his other pitches are north-south and this would give him a true strikeout pitch. The stuff has always been there for Eovaldi but this slider could be a huge difference-maker. Now we just need to hold out hope that he stays healthy.

Matthew Boyd went 7 IP and gave up 3 ER on 7 H, 0 BB, and 8 K's against the Twins. Boyd gave up 0 ER over 5.2 IP in his opening start but that came on 4 BB and just 2 K. He has been one of the worst fantasy starters over the past year and a half but the underlying skills (K-BB%) have been very good. The problem has been the lack of a third pitch (FB, SL) and 2.1 HR/9 since the start of 2019. One positive has been the development of his changeup because it is showing more movement this year and he got 50% Whiffs on 16 thrown in the opener. In this one, he used his changeup 30% of the time and got 24% Whiffs on the pitch which is a great sign. He is unlikely to become an elite starter but he has the potential to be a low fours ERA with strikeout upside if he can use his changeup effectively. It is extremely scary to roster Boyd given his recent track record but this could be a buying opportunity.

Ryan Yarbrough went 5 IP and gave up 6 ER on 9 H, 1 BB, and 2 K's against the Red Sox. Yarbrough was his typical self in the opener going 5.2 IP with 0 ER, 0 BB, and 3 K. The strikeout rate is never going to be great (career 20% K) and the supporting metrics like called strikes + whiffs (CSW) don't suggest that is going to improve but what this gives us is a buying opportunity on someone that others are going to overlook especially given today's poor start. Yarbrough provides just enough strikeouts that his plus ratios (career 3.88 ERA and 1.14 WHIP) and potential for wins provide great value for your rotation. He will get two starts next week with a nice matchup against the Rangers but a tough one on the road in Yankee Stadium. If you have Yarbrough you are starting him next week hoping that the Yankee start isn't a total disaster.

Akil Baddoo was 1-3 with a triple and 1 RBI against the Twins. Baddoo is hitting .455 with 2 HR, 2 R, 7 RBI, and 1 SB. He has (0) at-bats above Single-A which makes his story, even more, feel good but also gives a glimpse into what could go wrong. He has just enough power to be relevant but his real value should come from stolen bases. The main thing to watch is his approach at the plate because in the minors he was a double-digit walk guy with strikeout issues at times. In his very limited time in the big leagues, he has 0 BB to 2 K which signals an aggressive approach with the caveat that we need a bigger sample to make any kind of conclusion. The only actionable evidence right now is that he has been in the lineup four straight games.

Jameson Taillon went 4.2 IP and gave up 3 ER on 3 H, 0 BB, and 7 K's against the Orioles. This was Taillon's first start since the beginning of 2019. He topped out at 95 mph with his fastball which is what he averaged for the most part with the Pirates. This is not necessarily a concern but is worth watching going forward. Yankee Stadium and the American League East were not the best destination for Taillon but he is still a pitcher that has upside. He has shown plus command at the big league level and was starting to put together a full repertoire of pitches before getting hurt. The difference-maker was a slider that he added to go with his plus curve. It will be interesting to see how the Yankees handle Taillon because there have to be limits of some sort which is most likely going to have the biggest impact on his fantasy value. However, this was an encouraging start for the right-hander.