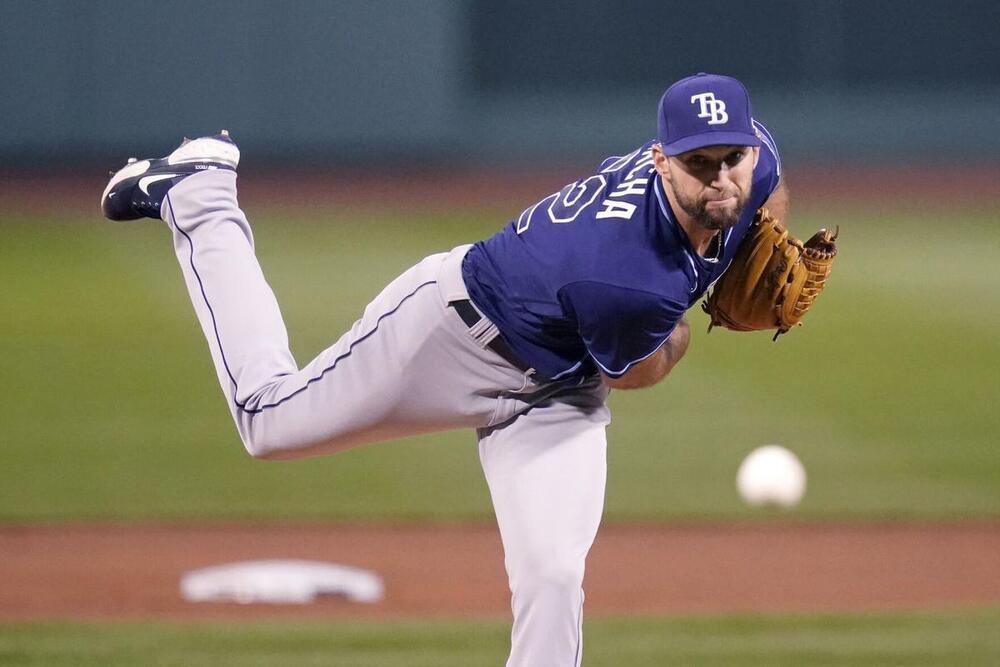 Wacha tossed 6 shutout innings allowing 1 hit while striking out 9. Its been 3 years since Wacha has been fantasy relevant, putting up a 3.20 with the Cardinals and there was hope that his signing with the Rays and his strong spring(1 ER over 15 innings, 12 Ks, 1 BB) would be a revival to his career. Instead he has struggled through his first few starts but was dazzling in this one generating 18 swinging strikes and brought season K total up to 20 in 15 innings. He had a strong run with the Cardinals from 2013-2018 where despite K/9 in the 7s was able to produce a sub-3.00 ERA 3/5 seasons by limiting the longball. The last 2 seasons he has HR/FB rates of 22% and 20% - very high compared to his 12.5% career mark. Wacha still makes for an interesting add especially after he shutdown the Yankee Offense Friday Night

Mullins went 2 for 4 with an RBI and run scored after going 0-6 in Thursdays DH. He has had a nice start to the season as he currently sports a .396/.458/.585 line with 6 doubles and 7 runs scored. While his .500 babip surely won't hold up, if we look a bit deeper, he has made some strides elsewhere that show he may be building on his 2020 where hit .271. So far in 2021 he has nearly doubled his hard-hit rate to 42.4% while dropping his soft hit rate under 10% for the first time in his career. An increase in Line drives to 29% has also played a factor here. One more tidbit - he also has drawn walks at an 11% clip this year - as he is swinging at a career low 18.3% of pitches he sees outside the zone.

Stanton went 1 for 4 with a 2-run homer and a pair of strikeouts. He simply hasn't got it going yet this year as his line sits at a poor .182/.234/.341 - and hopefully the HR is the start of a hot streak. Stanton is still making his traditional hard contact (58%) but hasn't been barreling up the ball at all with 6%-barrel rate. This in turn has led to a ton of groundballs this year (65% this year, 44% for his career) and a career low .214 babip. Look for Stanton to hopefully get more balls in the air as we head towards summer as he tries to get back to his 2018 self where he did 38 home runs.

Rosario hit his first home run of the season Friday. The once top SS prospect for the Mets now plays a super Utility role for the Indians, picking up action in both the outfield and at shortstop. Rosario was inconsistent with the Mets but appeared to be blossoming after he hit .281 with 15 home runs and 19 steals in 2019. Rosario only picked up 147 plate appearances last year and regressed to a .252 average with his walk rate dropping to 2.7% his strikeout rising to 23% - plus he did not register a stolen base. His current line sits at .194/.286/.323 and he has already drawn 3 walks in 12 games - he drew 4 in 46 last year.

Ramirez went 1 for 3 with an RBI and a walk. He is off to a bit of a sluggish start to the season but at has been able to chip in with 3 stolen bases and home runs apiece. In what seems to be a theme around the league with hitters struggling to open the season - Ramirez is hitting the ball hard (42%) but a low launch angle (6.4 degrees) is keeping too way too many balls on the ground (50%). Once he starts putting more balls in the air expect him to pull his babip up from .200 which will give us the MVP Calibur Ramirez of years past.