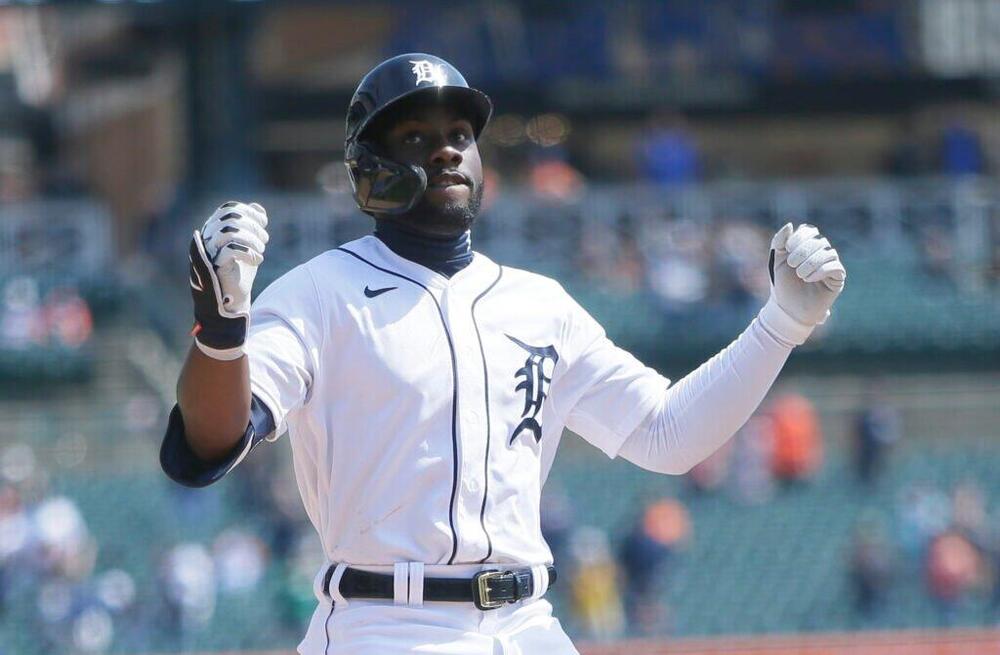 Baddoo went 2 for 4 with a double, triple and 2 strikeouts. Baddoo continues to deliver from a fantasy perspective and he has now racked up a 1.054 OPS with 4 doubles, 3 triples, 4 home runs, 13 RBIs and a stolen base. Unlike his spring training where he had a solid 10:14 BB:K ratio he hasn't carried over his plate discipline as he has just 1 walk and 18 Ks in 42 PAs. He doesn't have much of a minor league track record to go on at this point with his only full season coming in 2018 at A ball where he did have 11 triples, 11 home runs and 24 steals - but hit only .243 and struck out 124 times in 500+ PAs. Keep riding him while he is hot, but I would expect the Ks to catch up and his batting average to begin to dip.

Urena allowed 2 ER over 7 innings, striking out 2. Urena is trending in the right direction as he has a great start vs Oakland last time out - allowing 2 ER over 7 innings with 8 Ks and a whopping 12 groundballs. He has always generated a Gb rate of 40% + but sat at 56% entering play Thursday - and generated 10 of 21 outs via the groundball vs the Pirates. He is also sitting at a career high 10.43 K/9 nearly double his career mark of 6.22 although the 2 K effort will pull that down. Lower K efforts are certainly the norm for him, as I would expect the K/9 to keep dropping.

Devers went 2 for 5 with a HR. He is now tied for second in the AL in both HR (6) and RBIs (17) as he has absolutely been locked in with a 53% hard hit rate and 23%-barrel rate. In addition, he has showed excellent plate discipline posting a career high 11% walk rate and his 23% K rate has dropped from a year ago. This is further evidenced by him swinging at 83% of the pitches he sees in the zone, so he has been making excellent choices at the plate. Continue to deploy with confidence.

Dunn allowed 2 ER over 5 innings, striking out 6 vs Boston Thursday. He limited to Baltimore to 1 ER on 2 hits over 5 innings while striking out 6 his last time out, a nice turnaround after walking 8 in his first start. We saw this Dunn last year too where he pitched to a decent ERA (4.34) and a rougher FIP (6.54) as he also limited hits in 2020 (.189 batting average against) but was far too erratic (31 walks, 2 WP in 45 innings). Dunn needs to find a balance between giving batters a little more to hit but not too much so he can limit walks and boost his pitch counts to go deeper into games. His next start is expect to come in Houston next Wednesday.

Making his first start in 2 weeks, Javier tossed 5 shutout innings, striking out 9. He was sent down to the Astros Alternate site since they had a light schedule but he was lights out in this one allowing just 3 hits and generating 21 swinging strikes. Javier allowed 2 ER over 8 innings in his first 2 starts while striking out 11 and walking 2. He traditionally put up big K and BB numbers in the minors so its good to see he hasn't walked a lot of guys let this year. The other big factor this year is he had kept the ball in the park. His 42% flyball rate is lower than the 52% rate he allowed last year, but hasn't given up a HR yet after allowing 11 in 53 innings a year ago.