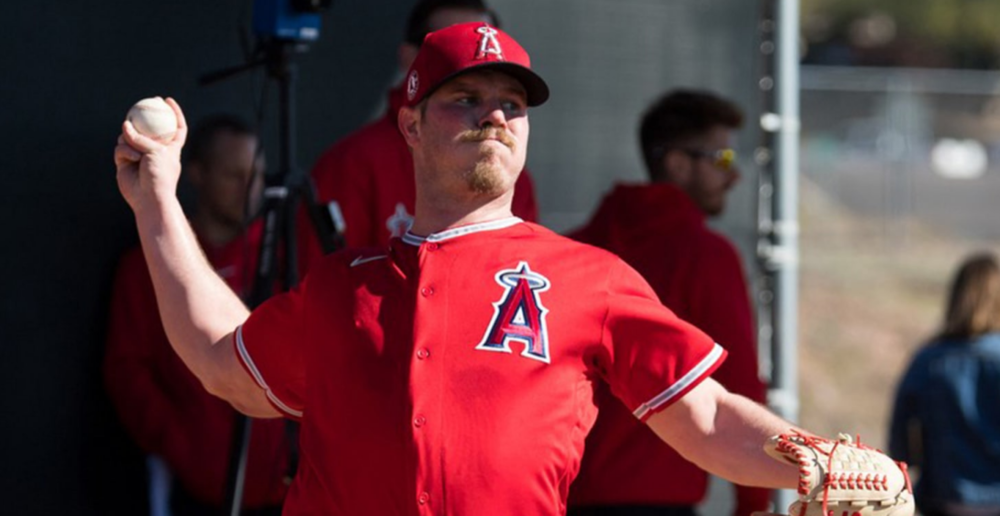 Grossman picked up a pair of hits and walked once against the Twins on Tuesday, picking up his first hits of the season. It's still very early, but Grossman's (relative) power burst from last season has held so far this year, and he now has four hard-hit balls (44% hard-hit rate) on the young season. Grossman broke out last year by adding above-average power to his already elite plate discipline and contact skills, and his breakout came well-supported by a 9.4% dynamic hard-hit rate that dwarfed 2019's 3.4% mark. Additionally, Grossman's impressive performance came with a documented swing change -- always a welcome piece of information when players see significant jumps in production. Grossman's fantasy value may be capped somewhat because of his less than ideal team situation with the Tigers, but fantasy managers should expect Grossman to post an OPS north of .800 with the potential for double-digit stolen bases this season, and his rostered rate should be significantly higher than 3% with that in mind.

Bundy pitched well on Tuesday, holding the Astros to two runs over six innings with an impressive 10 strikeouts. Interestingly, Bundy threw his fastball 42% of the time on Tuesday after throwing the pitch more than 40% of the time in a start only once last season, and the pitch has both more velocity and more spin than it did last year. Despite being his worst pitch by xwOBA over most of his career, Bundy didn't start decreasing his fastball usage meaningfully until 2019, but he may be reversing that trend this year -- and possibly in a good way. It's worth noting that Bundy's fastball velocity is really just a rebound to pre-2020 levels and that a two-start sample isn't exactly reliable, but the pitch has been much more effective so far this season compared to past years and its spin rate and movement appear to be significantly different this season. Fantasy managers should monitor Bundy's fastball development and pitch mix over his next few starts, and if Bundy's fastball can become a weapon then he's likely to be even better than he was last season.

Iglesias continued his slow start to the season on Tuesday, going 1-for-3 with a double and a pair of strikeouts. Last season's surprising breakout from Iglesias appears to have faded early on this season, and the (relative) power outburst that fueled his successful 2020 season has not been on display so far this year. That said, last year's elevated power was well-supported by an increased dynamic hard-hit rate, and his Iglesias' one barrel from early this season implies an estimated 77.2 mph bat speed -- significantly higher than his average estimated bat speeds from any of the past four seasons. We're dealing with tiny samples in every respect here, so Iglesias is a particularly difficult player to evaluate. Still, Iglesias is effectively free in most leagues (he's rostered in only 3% of leagues), and his demonstrably valuable upside -- Iglesias posted a .956 OPS last season, even if it was inflated by some good luck and the shortened season -- makes him worth a look on waivers in deep leagues.

Glasnow pitched well on Tuesday, holding the Red Sox to one run over six innings with nine strikeouts. Glasnow's slider once again played a prominent role in his arsenal as his second most used pitch (35% usage rate), and the pitch was decent but inconsistent. Although Glasnow's slider generated a respectable (though not ideal) 14.7% whiff rate, its movement was all over the place, getting anywhere from 11 to 0 inches of horizontal movement. Of course, some of that variability could be the result of pitch tracking errors, but Glasnow's command of the pitch also appeared to be erratic, and the slider's continued development will be worth keeping an eye on going forward. Still, Glasnow should continue pitching well this season, and his slider's development could help push his production to another level.

Mize was solid against the Twins on Tuesday, tossing four innings of one-run ball with four strikeouts. Encouragingly, Mize's velocity was way up from last season -- not only was his average fastball velocity up an impressive 2.3 mph from last year, but he topped last year's 96.6 mph max fastball velocity six times on Tuesday. Mize still has some work to do as he generated only five whiffs on Tuesday (6% swinging-strike rate), but it's hard to complain about the 23-year-old showcasing an improved fastball and a deep pitch mix like Mize did on Tuesday. Overall, Tuesday's start was extremely encouraging for Mize, and he's worth a flier from fantasy managers as a result.