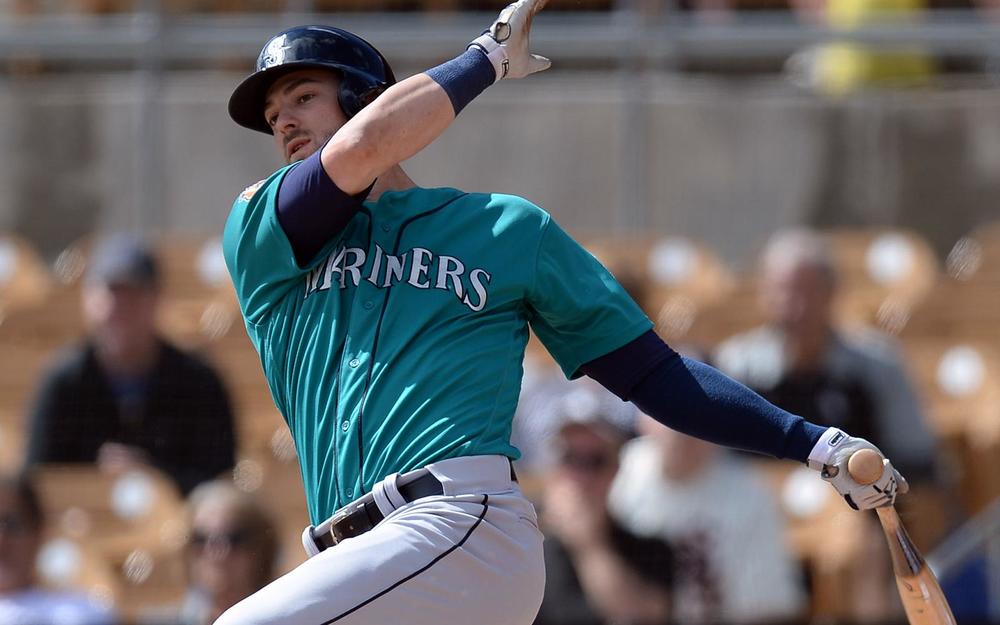 Rio Ruiz is starting at second base in each of the opening two games for the Orioles. Ruiz hasn't played second base as a professional, but with the addition of Maikel Franco, this could be something that we begin to see more regularly. The added positional eligibility only helps Ruiz who showed decent pop last season with nine homers, but posted just a .713 OPS... Marwin Gonzalez gets the start for Boston on opening day in left field. Franchy Cordero (started on Saturday) is still going to get the majority of the work in the outfield, but with his slow start to camp to due COVID, he'll need some extra time to get up to full speed... Nate Lowe started at first base for the Rangers and drove in four runs for Texas in the season opener. Lowe possesses some excellent upside at the position and could end up being mixed-league-worthy if he ends up with the full share of playing time. Strikeouts do continue to be a concern for Lowe though as he struck out 37% of the time in 2020 and struck out three times on an opening day in 2021... Hunter Dozier left the Royals' season opener with a thumb contusion. He is considered day-to-day at this point and was replaced in the lineup by

Eduardo Rodriguez threw four innings on Friday at the team's alternate site as he works his way back from his dead-arm condition he is dealing with. It sounds like his stay on the Injured-List is expected to be short, and him feeling good after Friday's outing is a step in the right direction... Frankie Montas is dealing with a torn cuticle on his right middle finger, but he's expected to start for the A's on Monday. Unfortunately for him, that comes against the Dodgers, and when you combine a finger issue plus a lineup as talented as Los Angeles, I would leave him on the bench for this start until we see how he looks... Cole Irvin won a rotation spot with the A's and will pitch Saturday. Irvin was roughed up by the Astros though allowing four runs over 4.1 innings and seven hits... Framber Valdez was placed on the 10-day IL with his fractured finger. Valdez is rehabbing well from his injury and he luckily won't need surgery on it, but there's still no time-table now as to how much time he's actually going to miss. Realistically we can hope maybe by the All-Star Break we can see him on the mound in Houston... Jake Odorizzi was optioned to the alternate site as he works to get to full speed after signing with the Astros during spring training. This isn't unexpected, and it's expected that he joins the club in the middle of April... Daulton Jeffries had great spring training for the A's, but ultimately missed out on a rotation spot with the team and was optioned to the alternate site. I fully expect him to start games for the A's by the end of the season and he's worth stashing in AL-only leagues if you have the roster space right now... AJ Puk was optioned to the alternate site, and it's still uncertain how the A's plan to use him once he returns to the team later this year. I think the pipe-dream at this point is that he can still be a starter for the team, but I'm expecting him to end up in the bullpen full time at some point. He could still turn in multi-inning appearances and post-high strikeout numbers even without being in the starting rotation... Mike Fiers was placed on the IL with hip inflammation, something fully expected as he's recovering well but just not up to full speed yet. The A's are expecting him back with the team by the end of the month and he's throwing three innings in a scrimmage on Monday at the A's alternate site... Logan Allen will start for the Indians on Monday in their home opener. Allen locked down the number four spot in the rotation and could be a solid arm in deeper leagues or AL-only... Nate Pearson has yet to throw off a mound as he deals with his groin injury. This is not great news as he was supposed to throw a bullpen session on Friday but it was ultimately scrapped. The team didn't specify if he suffered another setback or if it was just a change of plans, so we are kind of in the dark as to what

Julian Merryweather picked up the save for Toronto on opening day, but this is still Jordan Romano's job. Merryweather nabbed the save after Romero pitched before him, and Romero earned the win in the contest. There's starter upside for Merryweather and could come close to 80 innings or so out of the pen, paired with his upside makes him an interesting AL option... Bad news came to Trevor Rosenthal on opening day as it was revealed that he is dealing with shoulder fatigue and would be placed on the IL. Bob Melvin said that Jake Diekman will be the top option for the ninth innings while Rosenthal is out of action. He's a worthwhile pickup, especially for those scrambling after drafting Rosenthal... Michael Kopech tossed two scoreless innings in relief on Friday while striking out three batters. Kopech is going to pitch in relief this year for the White Sox in his first full season after Tommy John Surgery, and he could be an extremely valuable option as a reliever for fantasy teams. He has elite strikeout upside and should honestly be a strong add right now in saves+holds leagues... Diego Castillo has a pair of saves across the Rays' first two games. The Rays are always a tough team to figure out when it comes to saves as it was general speculation that Peter Fairbanks would get the bulk of the saves but he pitched in the 8th inning on Thursday and the 6th innings on Friday. Castillo and Fairbanks both have an argument to be rostered at this point.

Mitch Haniger, Seattle Mariners - Haniger has made it back successfully from an extremely rough injury that he suffered in the middle of 2019, and now he's slotted in as the primary leadoff man for the Mariners and needs to be rostered in more than the 50-ish percent of leagues that he's currently rostered in. Haniger has already picked up a hit in every game this year and he swatted his first homer of the season on Saturday. The Mariner's offense is fairly top-heavy, but that works for him as he's going to be able to provide a steady average to go along with some power and run-scoring potential. Top prospect Jared Kelenic is obviously still just a few defensive steps away from being called up, but Haniger's spot isn't the one I'm concerned about Kelenic taking. I think he has a steady hold on that spot with the Mariners, or a contender comes calling now that he's back and fully healthy and the Mariners ship him out to a potentially even better landing spot.

Andrew Vaughn, Chicago White Sox - Tony La Russa sat Vaughn in the opening game of the season, but Vaughn has played each of the last two going hitless in each. Vaughn should end up with the majority of the playing time in left field for the team as they've already started his service clock, so there's no real incentive not to play him. Vaughn should be able to provide a solid number in OBP while having above-average pop, though not quite the same pop as some of the other big hitters at the position. He'll gain OF eligibility here shortly and be able to swap between first base and outfield, giving him even more versatility to go with the upside at the position.

Jordan Romano, Toronto Blue Jays - Romano is going to be the closer for the Blue Jays this year after Kirby Yates underwent Tommy John surgery. Last season Romano was outstanding for the team with a 1.23 ERA and he posted excellent rate stats as well with a 37% strikeout rate and a .174 xBA. He does allow a fair share of hard contact in his time in the majors but he pairs is with a career 55% groundball rate so it's tough for batters to really do any damage with the offerings. The Blue Jays have all the makings of a team that could make the jump to playoff contention this year, so rostering their closer certainly isn't the worst idea.