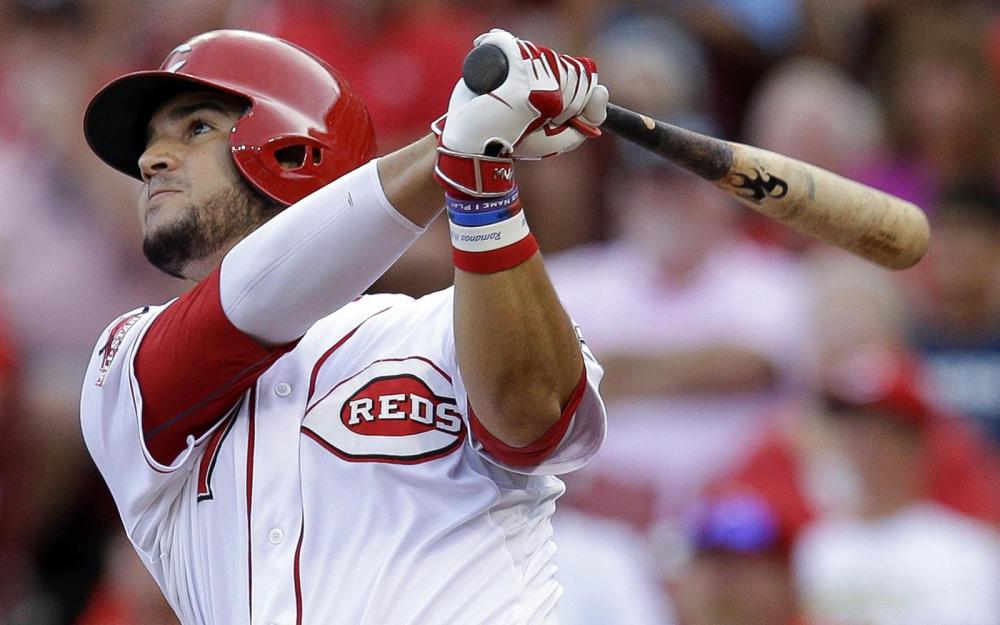 Eugenio Suarez (SS-CIN) went 0-4 with a strikeout against the Cardinals on Saturday. The 29 year-old is scuffling to begin the 2021 campaign, as he is now batting just .149 with 3 homers, 13 runs scored, and 7 RBI through his first 87 plate appearances. After fanning at a 29% clip in 2019 and 2020, Suarez has logged a 38% strikeout rate so far in 2021, so that is an obvious issue. And a year after he logged a .214 BABIP en route to hitting just .202, his BABIP currently sits at .205 on the year. Unlike last season, though, when he logged a 44% hard-hit rate per Statcast, that figure sits at just 28% so far in 2021. Meanwhile, Suarez has recorded a 54% flyball rate, which is trouble given his low rate of hard contact. His very productive 2018 and 2019 campaigns give Suarez something of a long leash in fantasy, but given that his 2020 struggles have continued in the new season and have, in fact, worsened as his power has evaporated, his fantasy owners have ample reason for concern as May approaches.

Michael Conforto (OF-NYM) went 1-4 with a solo shot and a strikeout against the Nationals on Saturday. The sign of life from the 28 year-old is encouraging, as his average now sits at just .212 to go along with that one homer, 4 RBI, and 3 runs scored through his first 62 plate appearances of the campaign. He's fanned at a characteristic 24% clip and drawn walks at a roughly typical 10% rate but Statcast showed just an 18% hard-hit rate entering Saturday's contest. Conforto has also hit an uncharacteristic percentage of grounders (59% in 2021, 40% career) while his contact (76%) and swinging-strike (10%) are both pretty typical for him. Given his track record of productivity when healthy - and the fact that the Mets' start to the season was belated - I would give him a bit longer to warm up before cutting bait if you are considering that. And perhaps Saturday's performance indicates that he is beginning to find his stroke at the plate.

Freddy Peralta (SP-MIL) gave up 2 runs on 5 hits and a walk while fanning 7 over 4 innings of work against the Cubs on Saturday afternoon. He threw 52 of his 81 pitches for strikes and kept the ball in the yard. The 24 year-old righty now owns a 2.45 ERA, 15.6 K/9, and 5.3 BB/9 on the year, with a 3.15 xFIP indicating that he's been pretty good overall. Sure, an 87% strand rate is suppressing his ERA a bit, but overall he's nicely transitioned back to a starting role after mainly serving as a reliever in 2019 and 2020. Peralta's strikeout ability is tantalizing, but it obviously comes with some control issues. Encouragingly, he did walk just 1 batter over his 4 innings on Saturday, but he was a bit too inefficient and got the early hook as a result. That control and his tendency to need a lot of pitches to get through innings have been the biggest concerns about Peralta, so it will be interesting to see if he can continue to keep the walks down going forward. He is slated for a real test at home against the Dodgers next week.

Adbert Alzolay (SP-CHC) went 4.2 innings against the Brewers on Saturday as he allowed 2 runs on 2 hits and 2 walks while racking up 7 punchouts. He tossed 55 of his 83 pitches for strikes while surrendering no homers in the contest. The 26 year-old righty has now made 3 starts for Chicago in 2021, and he now owns a 5.40 ERA, 10.2 K/9, and 3 BB/9 through 15 innings of work. The ERA might scare one away, but consider his 3.12 xFIP, which points to a 45% strand rate and 18% HR/FB inflating his ERA. Alzolay's 14% swinging-strike rate is nice and he's kept opposing batters to a 69% contact rate. Statcast does show that he has surrendered hard contact at a 46% clip, so that will be something to keep an eye on. After serving up a pair of longballs in his earlier starts, it's encouraging that Alzolay gave up none against Milwaukee on Saturday. A test lies ahead as he is slated for a road start against Atlanta next week.

Marcus Stroman (SP-NYM) got bombarded by the Nationals on Saturday, as he coughed up 5 runs (4 earned) on 8 hits and a pair of walks while striking out 4 over 4 innings of work. He threw 43 of his 72 pitches for strikes while keeping the ball in the yard. The 29 year-old had started the season strong, as even after the rough outing he owns a 2.22 ERA, 5.6 K/9, and 1.9 BB/9 through his first 5 starts (24.1 innings). Stroman's 3.54 xFIP does indicate that more correction to the mean should be coming, as his .250 BABIP is a bit low (.305 career), as is his 7.7% HR/FB (13.4% career). Statcast shows that opposing batters have made a good bit of hard contact against him (41%) and he does miss some bats (11% swinging-strike rate) but not a ton. Stroman lines up for a start on the road in Philadelphia next week.