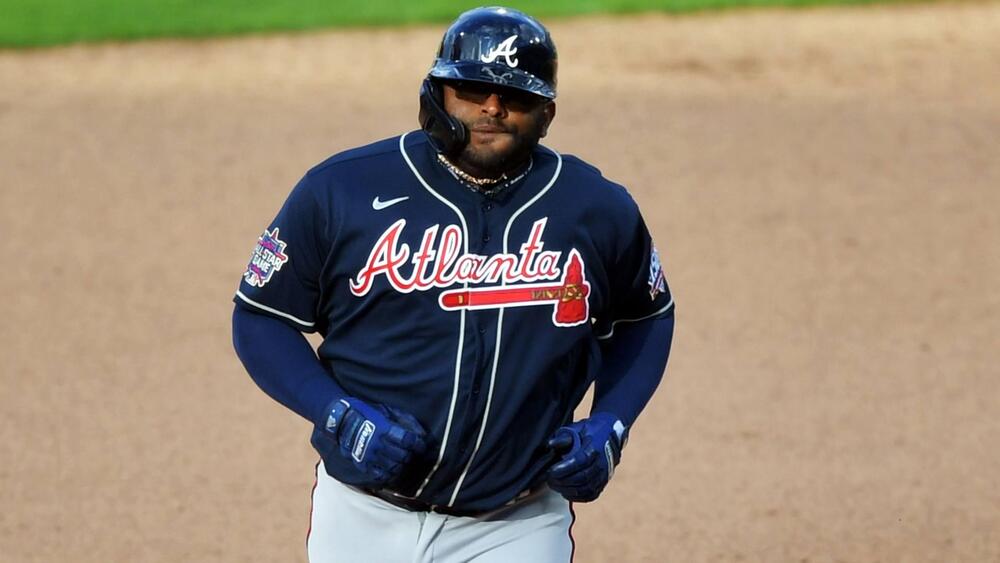 Sandoval launched a pinch-hit 3 run homer Thursday, his 3rd pinch hit HR of the year. After a blistering spring where he hit .400 (with 0 HRs) in 40 at bats, Sandoval made the team but has been limited to pinch hitting duty - a move that has made the Braves look like geniuses. He played sparingly last year and hit just .214 but its clear he has some juice left in his bat. There may be a chance for him to see some at bats at third base since Austin Riley had put up a sub-.500 ops to start the season, if they want to risk defense - otherwise fantasy owners may want to watch lineups for upcoming AL series vs the Blue Jays and Yankees where he could DH.

Chisholm went 1 for 4 with a double and continues to put together a nice start to the season slashing .258/.385/.613. He struck out way too much in the minors, and while his K rate sat at 28% entering play today, he is also drawing walks at a 20% as he has swung at slightly less pitches out if the zone then his limited action in 2020. Early on he has exhibited ridiculous power - posting a 27%-barrel rate and 50% hard hit rates - number we will need to keep an eye on to see if they stay. If that wasn't enough, he has already swiped 3 bags to go along with 5 extra base hits.

Hosmer had another multi-hit game going 2-5 with a 2B and 2 RBIs. He has been hot to start the season hitting the ball with authority with a career best 51% hard hit rate while striking out at a career low (15%) and drawing walks at a career high clip (11.5%). Hosmer has been seeing a steady dose of fastball (58%) and has rarely missed them this year - batting .500 with all 3 of his HR off them. Pitchers would make note to mix in more breaking and offspeed pitches as he has gone just 1-17 against those pitches. Hosmer had a strong 2020 despite the shortened season slashing .287/.333/.517 despite a .296 babip that was the lowest of his career. He has kind of been all over the place in terms of where he finishes out at the end of the year - with a slightly above league average 108 wrc+, he is trending in the right direction so far.

Kelly went 2 for 4 with his second home of the season. Kelly is off to a blistering start as Thursday game raised his line to .440/.545/.760. Kelly had a nice 2019 hitting 18 home runs in 111 games while posting a .826 OPS with an 11% walk rate. He took a step backwards last year hitting .221 with 5 HRs as his swinging strike rate climbed over 20%. He had looked good so far hitting the ball hard (64% hard hit rate) while drawing more walks (6) than strikeouts (5) to open the season. If you need a Catcher and he is available, now is the time to pounce.