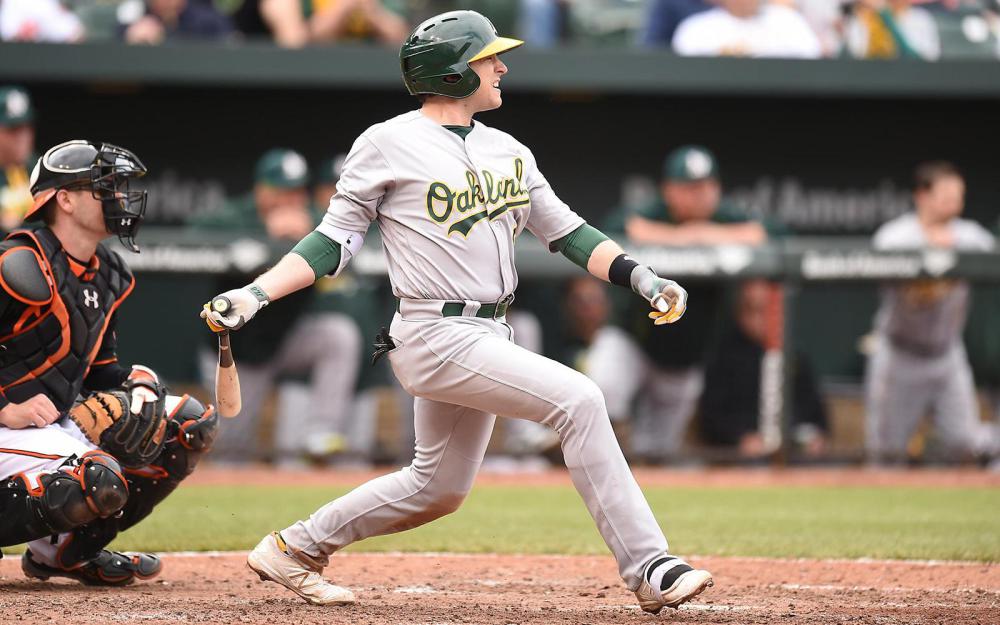 OF Byron Buxton is dealing with a hamstring injury. Injuries are nothing new to Buxton it just hurts more now that he is off to such a hot start (.469 AVG with 5 HR and 1 SB). He was back in the lineup on Saturday. OF Willie Calhoun was activated off the 10-day IL and hit 7th as the DH on Saturday. OF Nomar Mazara (abdominal strain) left Wednesday's game early. He was placed on the 10-day IL. This means that OF Akil Baddoo and OF Victor Reyes should see regular playing time against RHP with OF JaCoby Jones playing sparingly against LHP. 2B Jose Altuve, 3B Alex Bregman, and UTIL Yordan Alvarez were placed on the injured list. Manager Dusty Baker said on Friday that they expect those players to miss at least the next five games. SS Andrelton Simmons (Covid) will be out at least 10 days after testing positive. SS Jorge Polanco will fill in at short. 3B Josh Donaldson (hamstring) was activated from the 10-day IL on Wednesday. OF Kyle Lewis (knee) could come off the IL as early as Monday. 1B/OF Jose Marmolejos is likely going to slide back into a part-time role bouncing between the outfield and first base. OF Kevin Kiermaier (quad) is getting closer to a return and could be activated on Sunday. This is going to hurt OF Manuel Margot's playing time because OF Austin Meadows and OF Randy Arozarena are locked into everyday at-bats. The Rays mix and match so both Kiermaier and Margot will likely play most days but both lose value in weekly lineup leagues where at-bats matter have a greater emphasis. OF Austin Hays (hamstring) is ramping up baseball activities and is close to a return. It could be as early next week if everything continues to progress as planned. This is going to create an interesting playing time dilemma between OF D.J. Stewart, OF Cedric Mullins, OF Ryan Mountcastle, and Hays. Mullins has arguably been the Orioles best player to start the year so he needs to be playing every day but the rest of the lineup shakeup is going to be interesting to watch. At this point, Hays needs to play every day and has the most upside of the group so his playing time should be secure but the others are likely at risk. 2B/3B Cavan Biggio left Thursday's game early after getting hit in the right hand with a line drive. X-rays came back negative and he was back in the lineup on Saturday.

Dylan Cease (illness) was placed on the injured list on Wednesday but was able to come off and start on Saturday against the Red Sox (4.2 IP, 6 H, 2 ER, 3 BB, 6 K). Mike Fiers (hip) needs one more rehab start and if everything checks out after that he will rejoin the rotation. That means Cole Irvin's time with the big league club is over for now unless they sustain another injury. Spencer Turnbull (Covid) is expected back next week according to manager A.J. Hinch. Hopefully, we will get more reports on his pitch count because it seems likely that he will be limited coming out of the gate. Ross Stripling (mid flexor strain) has been placed on the 10-day IL. He can be safely dropped at this point. He hadn't shown any improvements in results or fixes for what had been ailing him in terms of last season. Manager Dusty Baker said on Saturday that he is unsure if Lance McCullers Jr. will make his next start due to the illness that forced him to get an IV after his last start.

Julian Merryweather was placed on the 10-day IL with a left oblique strain. Jordan Romano was also placed on the 10-day IL with right ulnar neuritis. Rafael Dolis looks to be the guy. Joely Rodriguez was activated off the 10-day IL. The Rangers are currently going with Ian Kennedy as their closer but Rodriguez could enter into the situation at some point so he is worth keeping an eye on. Lou Trivino is now the closer in Oakland with Jake Diekman getting the occasional opportunity if it is against a bunch of LHB. The Twins bullpen is one to watch with Alex Colome struggling. Taylor Rogers has been excellent and Hansel Robles is another name to keep an eye on as he looks to be back to form after a disappointing 2020.

RP Rafael Dolis (TOR)- With Julian Merryweather and Jordan Romano on the IL Rafael Dolis needs to rostered as the most likely guy to pick up saves for the Blue Jays. He has the ability to strike out batters (32% K and 13.3% SwStr) but does struggle with control (career 14% BB). Not the best profile for a closer but any save you can pick up right now is extremely valuable.

RP Kendall Graveman (SEA)- Rafael Montero blew his third save on Wednesday. Kendall Graveman came on and picked up a save in the second game of the doubleheader on Wednesday. He is displaying closer skills (29% K, 10% BB, 11% SwStr) with plus velocity (96.4 mph) and a true three-pitch mix (FB, SL, CH) from his starting days. Montero may get more save chances but this is looking like a committee and Graveman has the better skills.

3B Jose Rojas (LAA)- Jose Rojas is going to play with recent injuries to Dexter Fowler and Anthony Rendon. The Angels also have seven games this week and all are against RHP. This is a deep league-only play because Rojas is not a great hitter.

Tarik Skubal vs. PIT- Streaming against the Pirates offense is going to be a season-long trend.

Danny Duffy vs. TB/@DET- Both are good matchups and Duffy pitched well to start the year.