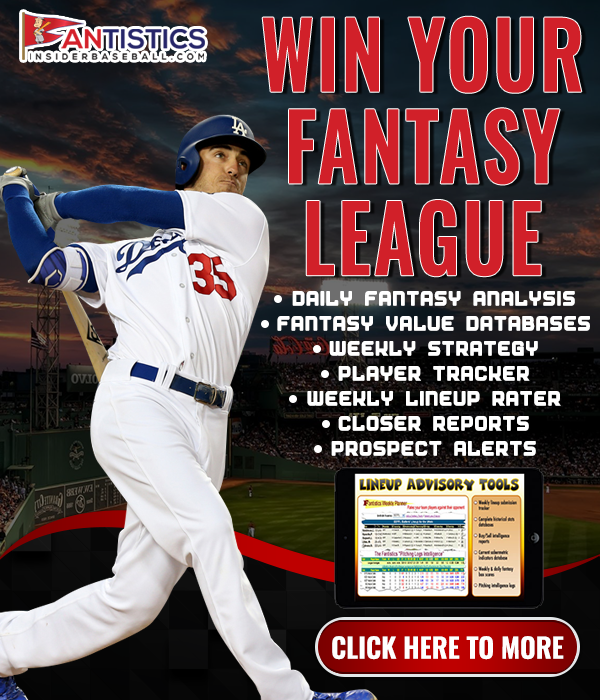 It's time to take a look at some of the speculative players that may he available in your league. In future weeks this report will be available in our Weekly Strategy article that is published on Sunday mornings.

Paxton is 32 and has yet to reach 30 starts in a season, and this probably won't be the first time in 2021. After seeing his velocity drop to a career-low 92.2 mph last year, Paxton was hitting 97 mph against the Brewers on Sunday, and it helped, as he struck out eight in just 4.1 innings. Paxton got off to a late start due to a Visa issue, but he should be ready to go 5-6 innings by his first regular season start. He still managed an 11.5 K/9 last year despite the velocity drop, so if he can average 94-95 and stay healthy, look out. Also watch his reverse splits, as lefties have hit .292 against him since 2018. - dregan 3/24

Paxton returned to the Mariners, where he spent his first 6 professional seasons, signing a 1-year deal. Paxton turned in a solid 2019 with the Yankees (3.82 era/3.86 fip, 11.1 K/9) but only threw 20 innings last year due to injury. Paxton has had some interesting career trends. He entered the League in 2013 as a groundball pitcher (59%) and that number has slowly decreased every year, as he landed at 32% groundballs a season ago. His flyball% and K numbers have risen every year though - as Paxton had a 50% fb rate and 11.51 K/9 a year ago. While he only pitched a handful of innings last year it was clearly a different Paxton despite the K numbers, as his avg fb velocity sat around 92mph - a dip from the consistent 95 mph he could toss in previous years. Pitching for a Seattle team that feels like it wont contend should give Paxton a chance to thrive - and even an opportunity for a trade to a mid-season contender. - dbertolino 2/17

Paxton is expected to start the season in the #2 slot, starting 4/2.

With Kirby Yates looking like he'll be out for the year, Jordan Romano may be the favorite for saves out of the Jays pen. Romano was excellent in 2020, posting a 1.23 ERA, 2.40 xFIP, and 12.89 K/9 across 14.2 IP. There was some luck involved there, with a 98.0% LOB% and .207 BABIP, despite allowing a HardHit% of 48.4%. But there were also some very good things, including a 58.1% GB% and an exceptional 19.4% SwStr%. Romano is a low end option right now, due to the lack of certainty about the situation and his short track record, but he's the reliever I'm taking from the Blue Jays right now. - mgreenfeld

Just a day after Tyler mentioned a possible bounceback season for Neris, Joe Girardi said that Neris would start the season as the Phillies closer. That immediately bumps his value of course, and with last year's interesting mix of luck that weights out on the "bad" side for me (0% HR/FB, .381 BABIP, 59.5% strand!), I do think that he's going to have a solid season. I think he can sneak into the top-15 closers with this announcement coming before the start of the season. - sdombroske

Just like that, a soon-to-be 23 year old with just 245 PA's of pro experience, none above A-ball, is the likely candidate to start in LF for a team with WS aspirations. Andrew Vaughn is very likely going to be a great hitter for a long time: his pro debut in 2019 wasn't great, but you can see the contact and power chops that are there. This LF thing though.....I don't know. He's not unathletic per se, but he is below-average in terms of speed, something that Luis Robert in CF can only help so much. Still, with the alternative being a reliance on Adam Engel or Leury Garcia after the shoulder injury to Eloy Jimenez that will causes a 5-6 month absence, I can see the gamble paying off here. We had him pegged as a borderline starting CI and a value by 3-4 rounds before this news, so now I have to think that he's a very solid high-upside target as you move past round 15 in standard formats. The potential for 1B/OF eligibility going forward would be an added little bonus. - sdombroske

Vaughn is expected to open the season as the White Sox' starting left fielder, hitting in the #7 slot. He will however not be starting opening day.

German has been absolutely stellar thus far, tossing 9 shutout innings and striking out 13 while allowing just 5 hits and a walk. Garcia has been very good as well, allowing 2 earned runs over 8 innings of work with 2 walks and 10 K's. Trying to read between the lines, it seems like the Yankees feel that Garcia (still just 21) could use a bit more seasoning at the minor league level, so despite what I said a few weeks back, it looks like he may be the odd man out at this point. That being the case, he's probably best served on your watch list right now, while German (currently SP92 via ADP) is definitely 20-30 spots low right now. - sdombroske

German is expected to start the season in the Yankees #3 slot, starting 4/4.

Trevor Rogers (SP-MIA) is currently slated to open the season toward the back end of the Marlins rotation after leaping from Double-A in 2019 to the majors in 2020. He didn't exactly set the world on fire across his 7 starts (28 IP), as he finished with a 6.11 ERA, 1.61 WHIP, 12.5 K/9, and 4.2 BB/9. But his 3.67 xFIP indicates that he wasn't nearly as bad as the ERA suggests, as a 68% strand rate, .380 BABIP, and 21% HR/FB inflated his surface numbers. A 13% swinging-strike rate and 72% contract rate were certainly not bad. And Rogers surrendered a 1.61 HR/9 despite inducing grounders at a 47% clip. A 21% HR/FB certainly seems destined to correct toward the mean. The 6'6" lefty possesses a plus heater that can reach into the high-90s to go along with a plus changeup and a developing slider that he is working on during spring training; for what it's worth, the early reports and results have been encouraging. We have Rogers slated as roughly our #150 SP, with a projected ERA of around 4, an ERA about 1.3, and a K/9 in the neighborhood of 9. He will likely go undrafted in most leagues, so make sure he is on your watch list in case he takes a step forward in 2021. - ahodge

Rogers is expected to start the season in the Marlins #4 slot, starting 4/5.