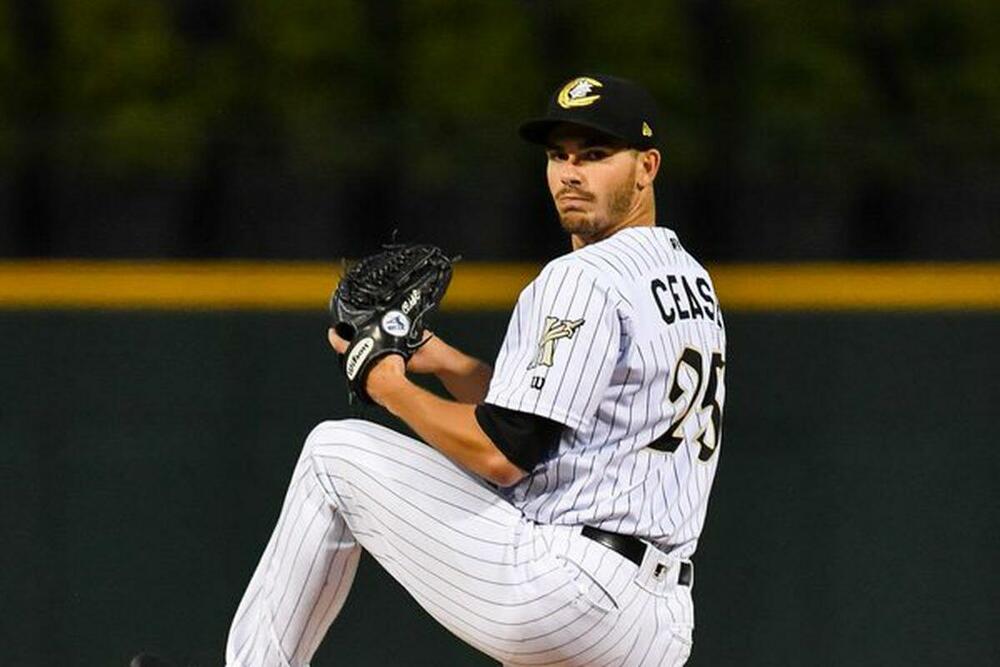 Rodon dominated the Tigers in game 1 of a doubleheader on Thursday, striking out 12 in 6 IP, while allowing 1 ER on 2 hits and a BB. In case it wasn't obviously already, Rodon is having a breakout season, currently boasting an 0.72 ERA and 36:9 K:BB across 25 IP. His SwStr% was at 16.0% before Thursday's contest, whereas his previous career high is 12.1%. His 3.24 BB/9 will still probably prevent him from being elite, and his .130 BABIP will rise, but a 3.04 xFIP is still very good. Keep rolling him out there as long as he's healthy.

Cease pitched a 7-inning compete shutout in game 2 against the Tigers, allowing just 3 hits and no BB's while striking out 9. You don't want to read too much into a start against the Tigers who lead the MLB in K%, but Cease has now improved his strikeout rate to an impressive 10.73 K/9. His 2.96 ERA for the season is probably a bit misleading, as his xFIP sits more than a run higher at 4.05, and his 4.44 BB/9 and 33.9% GB% are both quite weak. He should always be streamed against teams like the Tigers, bt I wouldn't put him in the must own category just yet.

Chapman went 2-4 with a HR, a double, and 2 RBI against the Rays on Thursday - a much needed performance for a player who has struggled mightily to open the season. Chapman entered the game hitting just .169 with a .337 SLG through 100 PA's, and he hadn't recorded an XBH through any of his last 10 games. After cutting his K% down to a very respectable 21.9% in 2019, that number skyrocketed to 35.5% last season, and hasn't gotten much better in 2021 (33.7%). But at least last year, he still hit the ball hard; this season, his EV has dropped to 88.2, about a 5% drop from his previous three seasons. On the bright side, over the past 9 games entering Thursday, Chapman's EV has bounced back up to 92.0, although this is within a very small sample size (15 batted ball events). The other possible good news is that Chapman has cut his SwStr% from 15.2% to 11.7% so far this season, but his elevated strikeout rate is a result of his patience (21.4% Called Str%). That same patience has led to what would currently be a career-high 13.5% BB%. It's still too early to give up on the slugging 3B, and hopefully Thursday's effort is a sign of better days ahead for Chapman.

Mancini went 3-4 with his 5th HR of the season on Thursday as he continues to emerge from his early season slump. After hitting just .151 through his first 14 games, Mancini is now hitting .375 (15-40) over his last 11, with 5 XBH's and an 11.4% K% in that span. There's been some luck in this recent stretch, as he has produced a .394 BABIP throughout the hot streak despite a mediocre 86.4 EV, but at least he has shown that he is better than the player who struck out 30.5% of the time over the first 14 games. Overall, his EV is still a couple of ticks down from his 35-homer 2019 campaign, and I wouldn't assume that he will get back to that level this season. .260 with about 25 HR's would seem to be a more realistic expectation, which would make Mancini a decent, albeit unspectacular fantasy OF.

McClanahan made his MLB debut against the A's on Thursday, and lasted 4 IP, allowing 2 ER's on 5 hits and 0 BB's with 5 K's in a no decision. McClanahan has posted a K/9 above 10.00 at every minor league level that he has pitched, although he had never previously pitched higher than AA. After posting a 5.23 BB/9 in 53.0 IP at A ball in 2019, he was able to lower that number to 1.86 in 67.2 IP at A+ and AA that same season. McClanahan has a chance to be successful at the big league level, but from a fantasy perspective, it's must be noted that he was pulled from the game after throwing just 59 pitches. Obviously, this was just his debut, but it will be important to keep on how long of a leash the Rays give him as the season progresses.