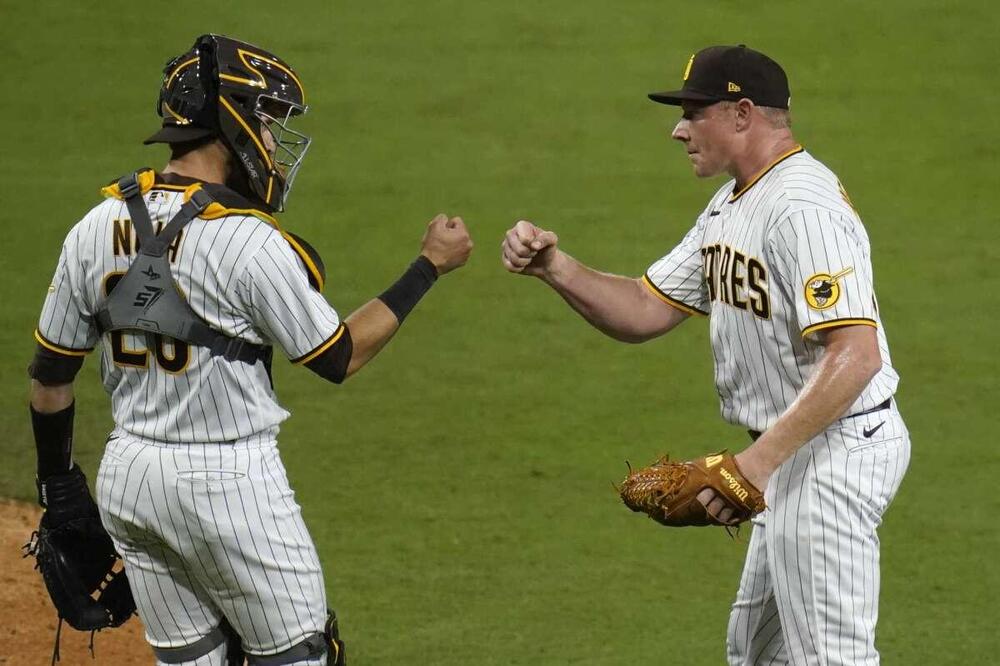 -More turnover in the Tampa Bay bullpen this week as Diego Castillo landed on the injured list with a groin injury. On the bright side, the team did activate Pete Fairbanks. Jeffrey Springs secured the first save after the injury to Castillo, vaulting him to the top of the committee in Tampa, but it remains too soon to be certain that Springs will receive the next save chance. A 28 year old left-hander, Spring has a sparkling 28% strikeout rate and just a 2% walk rate. He's giving up hard contact just over 20% of the time. His pitch mix is relatively evenly split between his fastball, slider and change-up, but it's the latter pitch that's been his breadwinner this year. Checking in 10 MPH lower than his fatsball, Spring's change-up keeps hitters off-balance and has been his primary out-pitch.

-Kansas City has given Josh Staumont every opportunity to run away with the closer job, but he continues to leave the door cracked open to competition. Most recently, Staumont was charged with the loss against Cleveland on Tuesday when he allowed 3 runs on 2 hits and 1 walk. Staumont's SwStr% continues to lag last season's numbers at 10%, while his contact rate allowed is also up to 77%. Both of those metrics are much more in line with his 2019 season than his breakout 2020 year, making last year seem more like the anomaly. Lucky for him, Greg Holland has struggled even more, so there's probably not an imminent risk to Staumont right now.

-It's been a difficult week for Gregory Soto, who allowed two runs on 3 hits and 2 walks on Tuesday and then followed it up by allowing 3 runs to score on Wednesday (none earned). If you're speculating, Jose Cisnero is probably your best target. Cisnero's SwStr% is just 8% this year (down from 15% last year), but he's done a great job at limiting hard contact. Unfortunately, he's not a pitcher who will fool hitters and instead relies on the defense behind him to make plays.

-Lou Trivino melted down on Wednesday, allowing 3 hits and 5 earned runs and marks the second outing in row that the Oakland closer has giving up at least a run in an outing. We've already seen Jake Diekman vulture saves from Trivino this year and it certainly seems reasonable to think his foot is squarely in the door, especially since he has allowed just 2 hits over his last 9 outings with a 14:3 strikeout-to-walk ratio.

-Over Daniel Bard's last seven games, he has allowed no runs in just one contest. Since our last column, Bard has a meltdown of epic proportions in Arizona, facing 6 batters, giving up 4 hits and walking one for 4 runs allowed. If a change were made, Mychal Givens or Robert Stephenson would be the two most logical choices.

- Raise your hand if you had Mark Melancon as the MLB saves leader on May 8th? No? Well, he's leading the league with 11 right now and he's doing it in exactly the same way he has managed to rack up the 5th most saves among active players - not flashy, but efficient. It's his 72% groundball rate that's putting dinner on the table though.

-Taylor Rogers may see more save chances moving forward according to platoon-happy manager Gabe Kapler. Jake McGee has allowed runs in 5 of his last 6 contests, so the half-demotion (he isn't necessarily NOT going to get saves) isn't totally undeserved.

-James Karinchak was warming up in the bullpen during the 8th inning of a tie game before Cleveland took the lead. He then entered the game in the 9th inning and recorded his 3rd save of the season. Hopefully for Emmanuel Clase owners, this was merely because he was already warming up and isn't the start of another committee situation.

-Joakim Soria was activated from the injured list on Tuesday and immediately should be considered back in the save mix for Arizona. Did you know he was one the four relievers ahead of Mark Melancon on the active save leaders list?

-See ya, Jordan Hicks. The fire-baller landed on the injured this with right elbow inflammation and is expected to miss at least a month, but this injury is obviously very concerning for a player coming off Tommy John Surgery. Alex Reyes has been thriving in the closing role, but keep in mind he has a long history of injuries of his own. Giovanny Gallegos continues to deserve to be owned.

-Rafael Montero technically recorded a save with Kendall Graveman pitching in the 8th inning on Sunday, but context is important here. The Angels had the heart of their order up in the 8th so Graveman was brought in to face the tougher hitters, so no need to panic, Graveman waiver wire-lottery winners!