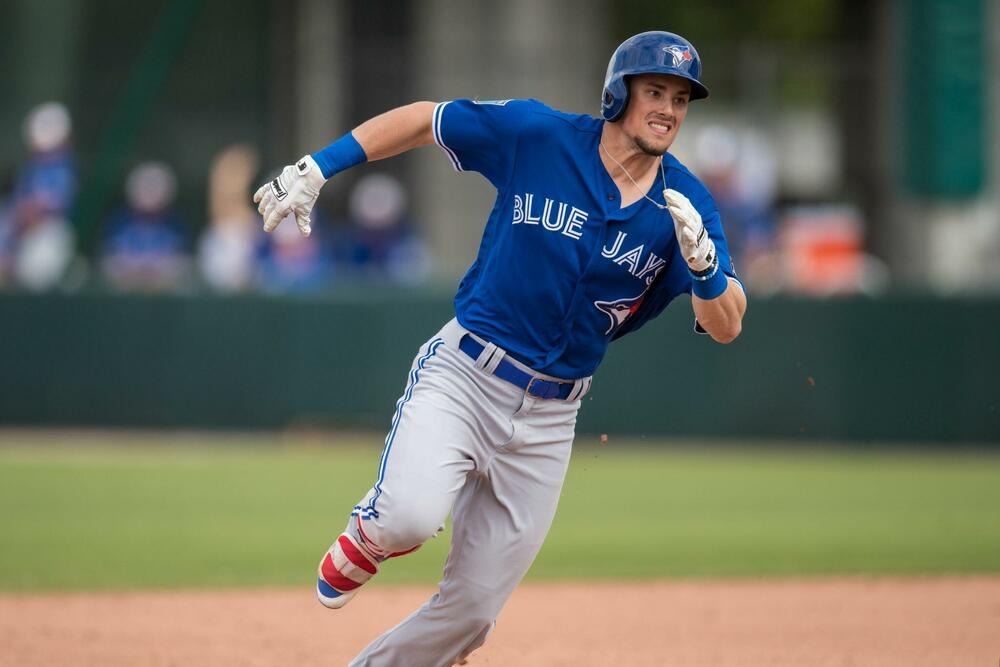 Cavan Biggio- 2B- TOR- Hot-Biggio went 1-for-2 with 2 walks and his third homer of the season. Over the past 3 games he is 5-for-9 with 3 walks and no strikeouts. Regression to the mean is kicking in as his BABIP has risen from .260 to .293. There is still room for positive regression as his career BABIP is .308. Biggio's Statcast numbers, GB%, and FB% are comparable to what he has put up in his young career. So far he hasn't made the progress expected but he is breaking out of a dreadful start.

Lou Trivino- RP- OAK- Rise value- With Trevor Rosenthal out all year and his return date unknown, the A's have been forced to look elsewhere for a closer. Lately, it has most often been Trivino. He saved his 6th gave of the season yesterday, his 4th save in his last 6 appearances. Trivino had another save opportunity last Wednesday that he blew. His 6 saves are twice as many as any other Oakland pitcher. Control is an issue for Trivino. Only 14 of his 26 pitches yesterday were strikes and he has a 4.82 BB/9. Trivino's 1.34 WHIP and 3.86 ERA are not exactly stellar for a closer. He didn't have a 1-2-3 inning in any of is last 6 appearances and faced at least 5 batters in all but one of them. Yesterday Trivino loaded the bases to start the 9th inning before getting the side out with no runs allowed. Jake Diekman would likely be the first reliever turned to if Trivino's messes start catching up with him. For now, though, Trivino seems to have the closer role.

Joey Wendle- 3B- TB- Cold- Regression to the mean has been impacting Wendle over the past few weeks. His BABIP has fallen from .385 to .333 since April 20 and he has hit .239 in that stretch. Given that his career mark is .327 he is close to his normal. Wendle has also cut down on some free-swinging tendencies he showed earlier. Since April 20 his Swing% is 42.7%, after being 51.8% in the early part of 2021. His Exit Velocity has also dropped from 91.4 in those early games to 87.7 in his most recent outings. Wendle's .288 average is closer to the projection of .277 and more like what he will likely end up with.