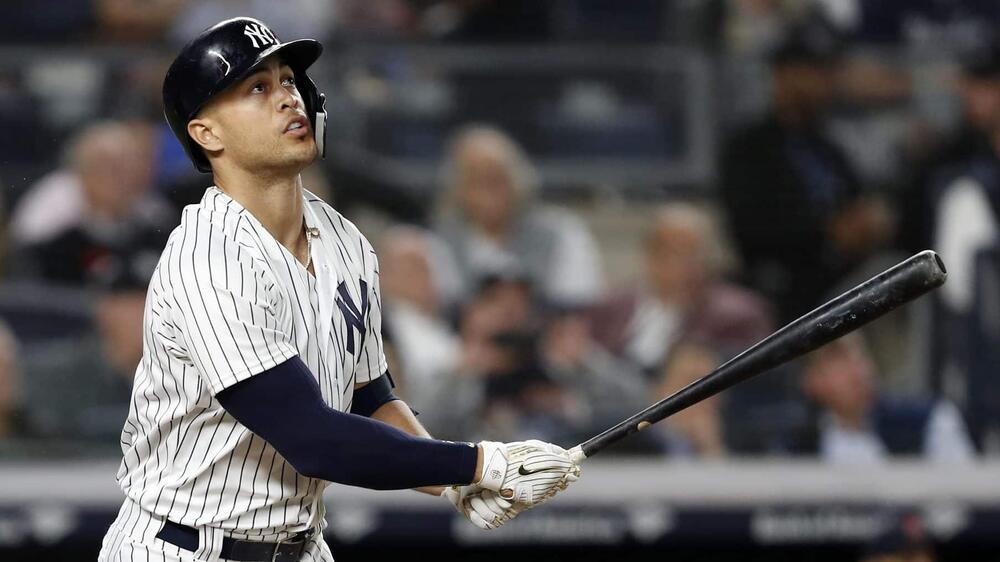 Stanton went 1-3 with his 9th home run of the season to extend his hitting streak. He is in the midst of an 12-game hitting streak that started April 23rd and has raised his average from .158 all the way to .315. This is no cheap streak either, as he has had 7 multi-hit games with 10 extra base hits, 11 RBIs and 11 runs scored. The 31-year-old is tearing the cover off the ball this year and is your league leader in hard hit % (65%) and exit velocity (98 mph avg) while also being near the top of the league in many other offensive categories including barrel % (17%) and WOBA (.404). He has been taking advantage of the 59% of fastballs he has seen hitting .389 vs them. A healthy Stanton is a key for the Yankees and your Fantasy Team.

McCullers Jr. allowed 3 ER on 6 hits over 6 innings, walking 4 and striking out 8 vs the Yankees Thursday Afternoon. Coming off his best start of the season he was able to limit the damage to a pair of home runs despite all the baserunners. McCullers Jr. signed a big contract before the season started and at this point 6 years into his career, injuries aside he has put up remarkable consistently. He has a career 3.68 ERA with every season but one falling between the 3 and 4 range while posting a career 10 K/9 and 3.56 BB/9. When he isn't striking guys out he is a groundball pitchers and has induced them at a 52% clip this year. After missing all of 2019 due to injury he has retooled his arsenal slightly the past 2 years and early returns are good on an 86-mph slider he has thrown 22% of the time this year - opponents are batting .100 against it.

Gordon batted 7th and played 2B in his MLB debut, going 1 for 2 with a walk and 2 stolen bases. Gordon spent the mid-2010s as a Top-100 Prospect in the Twins Farm System but largely failed to impress in the minor leagues. He had a strong 2018 at AA hitting .333 in 42 games with 17 XBHs, but struggled to a .212 clip and a .544 OPS after his promotion to AAA. Gordon did, however rebound in 2019 posting a .298/.342/.459 line with 29 doubles and 14 stolen bases during a repeat AAA season. Gordon grades out with good speed, but didn't draw a ton of walks and struck out too much in the minor leagues to be an on base threat to deploy it; however having not played any baseball last year we don't really know what to expect. He is off to a good start reaching base twice and swiping 2 bags, and could be a sneaky source of stolen bases, with the ability to play 2B/SS if he hits he may stay.

McKenzie held the Royals to 1 hit over 5 shutout innings, walking 3 and striking out 5. The effort lowered the youngsters ERA to 4.94. While he was a bit wild in this one with only 11 of 19 first pitch strikes and the higher walk number, he kept the Royals bats quiet in his best outing of the season. While the strikeouts are nice, the walks are still concerning as he entered play Thursday with an 8.68 BB/9, and has now issued 21 free passes in just 23.2 innings. He has also failed to generate groundballs this year with a terrible 10% rate entering play Thursday - and picked up just 3 groundball outs vs the Royals after getting them at a decent 40% clip a year ago. There is still a ton of potential here, but he needs to sure up a few things.

Duffy allowed 3 ER over 5.2 innings, striking out 4. Duffy has been one of the best April stories in the bigs, allowing just 2 ER over 30 innings covering his first 5 starts. While this wasn't a terrible start, he was in much more trouble, tying a season high while allowing 9 baserunners and had entered play with a 95% strand rate - something that is sure to normalize. Duffy has posted a career high 10.2 K/9 to open the season as his average fastball velocity is up a full mph from last year to 93.8 mph. He has increased all of his pitch's average velocity by about 1 mph, and batters are hitting just .178 against his fastball this year, compared to .239 a year ago. He has shown flashes throughout his career and has been inconsistent and while his career ERA sits at 3.93 he hasn't posted a sub-4 mark since 2017.