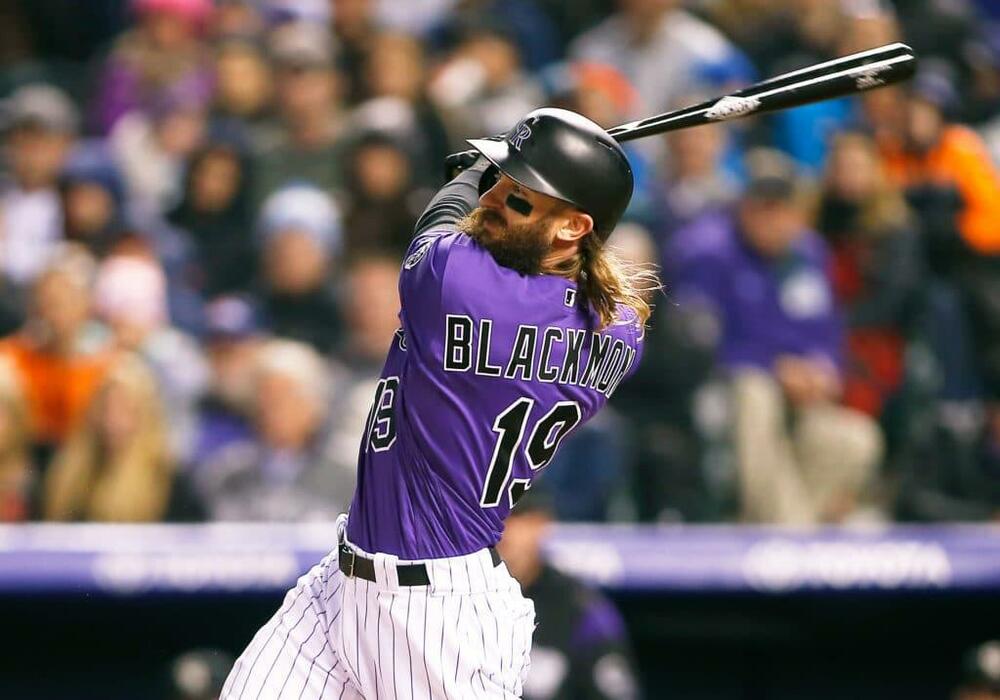 Charlie Blackmon propelled the Rockies to a 4-3 victory over the Pirates on Sunday, going 3-for-4 with two doubles, a triple, two runs, two RBIs, and a walk. Blackmon had a hand in all four of Colorado's runs. First, he tripled in their first run in the fourth, then he scored their second run in the eighth. With the Rockies still trailing by one entering the ninth, he doubled home the game-tying run with his second two-bagger of the day, then came around to score the game-winning run. While Blackmon single-handedly willed Colorado to victory in this one, his overall performance has been disappointing this year. The former batting champion is hitting just .250 with a .733 OPS, as he's managed only three homers through his first 50 games. This is a continuing trend for the 34-year-old, who experienced a significant decline last year and has continued to slide this year. While there's still plenty of time for him to turn things around, he hasn't provided too many signs of hope that a revival is coming, especially at his age.

Brandon Woodruff tossed another gem on Sunday, limiting the Nationals to two singles and two walks while striking out 10 over seven scoreless innings. Sunday was Woodruff's second straight start with seven shutout innings, lowering his league-leading ERA to 1.27. If you exclude his Opening Day start, his ERA would be 0.94. His 80:16 K/BB ratio over 71 innings is excellent, and he's only allowed three homers, but he's been virtually unhittable with just 33 hits allowed. There's certainly some good luck at play there based on his .194 BABIP and 84.5 percent strand rate entering Sunday's action, but his peripheral numbers indicate that he isn't a fluke, either. Woodruff will start allowing more hits and runs as the season progresses, but it's entirely possible that he keeps his ERA below three and contends for the Cy Young Award. He'll look to keep rolling against the D-backs at home in his next start.

Max Scherzer was the tough-luck loser on Sunday after allowing two runs on two hits and one walk with 10 strikeouts in six innings vs. the Brewers. Scherzer had the misfortune of being matched up with NL ERA leader Brandon Woodruff, who helped Milwaukee shut out Washington. Scherzer quickly settled in after allowing a two-run homer in the first, but the Nationals simply didn't provide him any run support. That's been the case several times this year for the three-time Cy Young winner, who has a 4-4 record despite his 2.34 ERA and league-high 95 strikeouts. Scherzer has now allowed two earned runs or less in nine of his 11 starts this year, including his last six in a row. He'll look to keep that streak alive when he faces the Phillies on the road in his next start.

Kevin Gausman improved to 6-0 on the year after twirling six shutout innings against the Dodgers on Sunday, allowing just two hits and no walks while striking out seven. Gausman kept his perfect record intact despite facing Clayton Kershaw and co. on the road, earning his fifth win of May and lowering his ERA to 1.40 in the process. Gausman has not allowed an earned run in any of his last three starts and has given up one earned run or less in 10 of his 11 outings this year. He owns a tremendous 83:16 K/BB ratio across 70 2/3 innings this year and has given up only four homers -- none since May 2. While he's benefitted from a .163 BABIP, his 2.18 FIP indicates that he's been truly dominant this year. He'll shoot for similar results in his next start against the Cubs at home.

Eugenio Suarez went 1-for-5 with a solo homer against the Cubs on Sunday. Suarez, who took Jake Arrieta deep in the fourth inning, has flourished since being moved up to the leadoff spot earlier this week. In six games there, he's 6-for-21 with three homers. The move has ignited a much-needed spark for Suarez, who's hitting just .163/.241/.384 on the season, albeit with 12 home runs, 26 RBIs, and 29 runs scored. A 32.2 percent strikeout rate is largely to blame for his struggles, as is a .170 BABIP. This trend of being a boom-or-bust hitter dates back to last year as well, as Suarez is batting just .183/.278/.428 with 27 homers and 135 strikeouts in 107 games since the start of 2020. Unfortunately, this has essentially torpedoed his fantasy value, limiting his appeal to NL-only formats and deeper mixed leagues. Unless he starts making more consistent contact, he doesn't merit a starting role in most fantasy lineups.