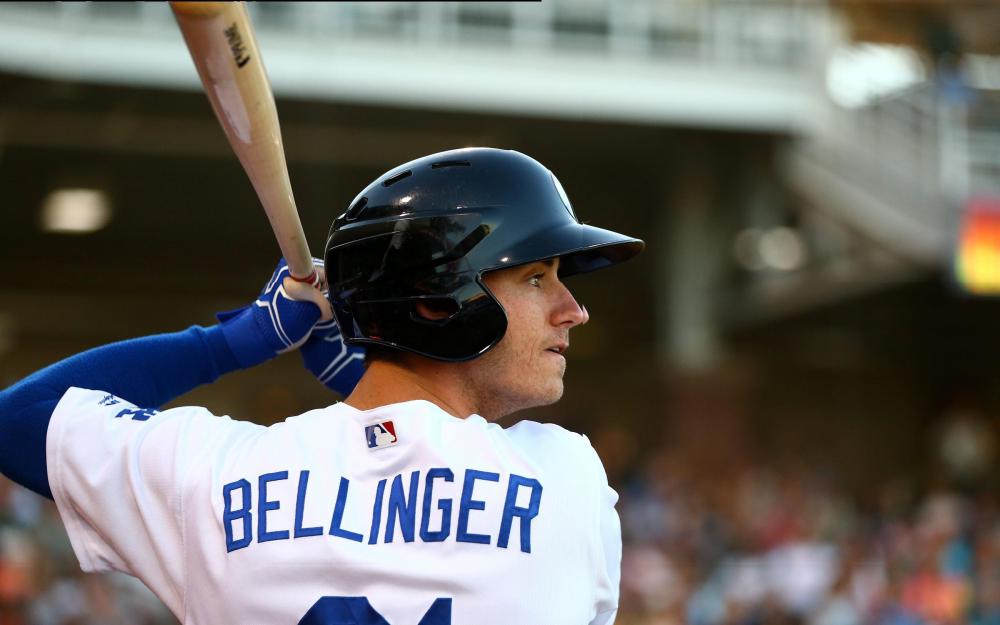 SS Jazz Chisholm (hamstring) is nearing a return because he is playing in rehab games. He has also been attempting stolen bases which means he should be activated this weekend or early next week. C Jorge Alfaro (hamstring) was scratched from the lineup on Thursday during his rehab assignment which is not a good sign that he will be activated soon. 3B Asdrubal Cabrera left Thursday's game with a hamstring injury and underwent an MRI on Friday that revealed a strained hamstring which corresponded with a trip to the 10-day IL. OF Nick Senzel left Thursday's game against the Rockies with a heel contusion. The injury is not considered serious but should keep him out of a couple of games. OF Shogo Akiyama would be the main beneficiary if he were to miss extended time. Senzel had just started playing every day and getting into a rhythm (.304 AVG over the past 7 days) so this was a rather unfortunate injury. Diamondbacks OF prospect Corbin Carroll is going to miss the remainder of the season due to shoulder surgery. There was an outside chance that he could have played his way into a second-half call-up but that is not going to happen now. The good news for the Diamondbacks is that OF Ketel Marte played in a four-inning rehab assignment on Friday. He should return sometime next week if everything goes well which would be a huge boost to fantasy managers. SS Paul DeJong is dealing with a side injury that put him on the 10-day IL. 1B/OF Brandon Belt was not in the lineup on Thursday due to left side tightness. The Giants hope with some precaution this is not a long-term issue. Belt is off to a strong fantasy start with 8 HR/2 SB albeit with a .232 AVG. 2B Brendan Rodgers (hamstring) has started a rehab assignment. Once he does return it likely means that end of playing time for 3B Josh Fuentes and we could see Rodgers or 2B Ryan McMahon play the hot corner. If Rodgers is on waivers now would be the time to go get him before he is activated. OF Ender Inciarte was activated off the 10-day IL on Friday. He could see regular playing time with OF Christian Pache struggling (.111 AVG with 37% K) and injured (10-day IL). Inciarte is not a good hitter but he would provide stolen base potential which is hard to find on the waiver wire this time of year. The other scenario for the Braves would be to play OF Guillermo Heredia every day. OF Brandon Nimmo (finger) has started a rehab assignment but felt "something" in his finger so it is unknown if this is a setback. OF Kevin Pillar and recently called up prospect OF Khalil Lee would be bench players making them hard to roster for fantasy purposes if Nimmo were to return soon. OF Ronald Acuna scared the baseball world on Thursday when he landed awkwardly on his left ankle and went down. The x-rays came back negative after the game and he is considered day-to-day. 3B/OF Phillip Evans was placed on the 10-day IL but OF Gregory Polanco returned to the active roster which means the Pirates will roll with an OF of Bryan Reynolds, Gregory Polanco, and Ka'ai Tom. OF Christian Yelich started a rehab assignment on Friday. This is good news but fantasy managers should proceed with caution knowing that this injury could come back at any time. The Brewers will once again have a log jam in the outfield if Yelich does return soon. OF Avisail Garcia has been the most productive offensively but that won't guarantee playing time. He will be in competition with OF Lorenzo Cain, OF Jackie Bradley Jr., and OF Tyrone Taylor. If I had to bet on the most likely scenario going forward it would be the majority of playing time for Garcia with Bradley Jr. and Cain platooning in CF. C J.T. Realmuto was placed on the Covid-19 list but doesn't have Covid just an illness. 3B Edwin Rios is going to have season-ending shoulder surgery. 2B/3B Mike Moustakas left Friday's game with a heel contusion. The x-rays came back negative and he is considered day-to-day. OF A.J. Pollock left Friday's game with a strained left hamstring. He has been put on the IL and is expected to miss multiple weeks. 1B/OF Matt Beaty figures to see more playing time against right-handers. The good news for the Dodgers is that OF Zac McKinstry is nearing a rehab assignment and OF Cody Bellinger could start a rehab assignment next week which would bring much-needed reinforcements. 3B J.D. Davis was sent on a rehab assignment which means he should be back early next week. OF Raimel Tapia is dealing with a thumb injury that prevented him from being in the lineup on Friday. He is considered day-to-day. C Carson Kelly was placed on the 10-day IL with a fracture in his left big toe. This could open up regular playing time for C/OF Daulton Varsho. This would be music to those who have been waiting to roster Varsho since the beginning of the year. OF Charlie Blackmon (groin) was not in the lineup Saturday. This isn't expected to issue but is something to keep an eye on. OF Ian Happ was activated off the 10-day IL. This is going to push 2B/3B David Bote back to the bench.

Michael Lorenzen (shoulder) has been cleared to resume throwing. This is good news but how long until he gets back to the big league club is unknown. His role is also up in the air in terms of rotation or bullpen. Zac Gallen is going to rest then try a period of throwing and then get re-imaged to see the extent of healing/damage. This does not look good for the talented right-hander. Josiah Gray, the Dodgers' top pitching prospect, has been shut down from throwing. David Price (hamstring) is going to be activated next week and will not require a rehab assignment. He will go back into the bullpen as a multi-inning reliever which caps his fantasy value. Elieser Hernandez (bicep) is going to begin a rehab assignment next week which is a positive for the Marlins right-hander. He still needs to build up his pitch count but he is trending in the right direction.

Chris Martin was activated off the IL this week. Will Smith has been the primary closer for the Braves but he has not pitched well (4.80 ERA and 1.40 WHIP). He has had some bad luck (.342 BABIP and 64% LOB) but he isn't helping his case with 12% BB. Martin could see some save opportunities in the future.

OF Harrison Bader (STL)- Harrison Bader is going to play every day due to his defense and he has started strong offensively. He is hitting .261 with 3 HR/2 SB in 53 PA. It is a small sample but his plate discipline has been much improved (15% K and 11% BB). Bader isn't going to be a fantasy superstar but he provides power and speed with everyday playing time.

SP Tony Gonsolin (LAD)- The Dodgers need a fifth starter with Dustin May out for the year. David Price is going to go back to the bullpen which leaves an open spot for Gonsolin. He is building up his pitch count and now would be the time to grab him before he is activated. Gonsolin posted a 2.31 ERA and 0.84 WHIP last year with 22% K:BB. He isn't going to repeat that kind of season but he has the skills to be an above-average starter on a good team.

OF Odubel Herrera (PHI)- The Phillies need a CF and Herrera has hit .318 with 1 HR, 3 R, 1 RBI and 0 SB over the past week. He has power/speed upside as long as he is playing and he should play as long as he hits.

C/OF Daulton Varsho (ARI)- Carson Kelly has been placed on the 10-day IL which is going to mean that hopefully, Varsho will get a shot at catching regularly. From a fantasy perspective, he offers power and speed which is rare from a catcher. The intrigue coming into the year was that he would be catcher eligible but play in the outfield but now that he is actually catching he will lose some of that value but still needs to be rostered in most mixed leagues.