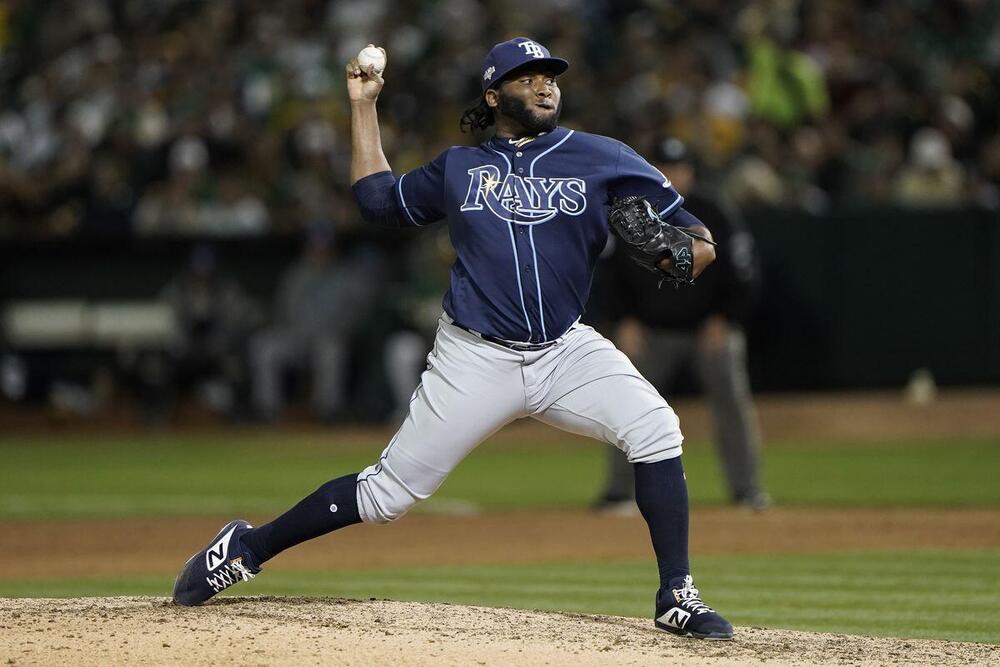 It's Week 11 in the fantasy baseball season and currently 9 teams are employing a closer-by-committee in the 9th inning. The interesting thing to note is that only one of those teams is in the National League while eight are in the American League. Even more interesting is that the AL Central has only dedicated closer and the AL West has just two, while the AL East is the opposite with just one team utilizing a committee. I'm not sure there's much there to draw meaningful conclusions from, but it's still an interesting tidbit to use to impress your friends at the sports bar.

-Well, just when we made JP Feyereisen the cover boy of the column, he loses his command and the Rays shoo him out of the 9th inning. Yikes. Since publishing last week's piece, Diego Castillo has seen both of the Rays save opportunities and has converted them without a hitch. Meanwhile, Feyereisen recorded just one out and walked three without a strikeout in his last outing (coincidentally, it was enough to tally him his first hold as a Ray). Castillo and Feyereisen should both be owned moving forward because a Tampa bullpen is a fluid bullpen (yes, I know what I said last week).

-Texas closer Ian Kennedy hit the injured list with a hamstring strain on Wednesday. The good news is that the team believes it's a minor injury and it was back-dated to June 6th. In his absence, Joely Rodriguez has been a name that has been thrown around because he has underlying "stuff" but he has really struggled in his last several appearances (runs in 5 of his last 7). As a result, Josh Sborz may have an opportunity to add to his breakout season with some save opportunities. Sborz has an impressive 15.6% swinging strike rate with a 48% groundball rate. That's a really deadly combination and one that we like to see from late-inning relievers since both strikeouts and groundballs are a great outcome.

-Michael Fulmer landed on the injured list last weekend with shoulder inflammation, which is always a tricky injury with pitchers since they usually stay sidelined without throwing until the inflammation goes down, making return timelines challenging. Fulmer is technically eligible to return this weekend, but since he still isn't throwing, it's doubtful it will be a 10-day minimum stay. In his absence, Jose Cisnero has locked down two saves for Detroit. Meanwhile, Gregory Soto has four straight scoreless and hitless outings, but his last save came on May 26th. A committee in Detroit just the icing on the cake in an already frustrating season for closers.

-Josh Staumont was activated from the disabled list this week and followed up a scoreless appearance on Tuesday by allowing a two-run homerun on Thursday in a loss to the Angels. Staumont is probably still the favorite for saves moving forward, so don't be discouraged by the tough outing. One thing watch, however, is how his velocity bounces back in his next start. In his latest outing, he was down 2 MPH. Kevin Barlow has cemented himself into the set-up role for the Royals and while. Greg Holland has been pitching much better, his volatile control is always a risk.

-Lou Trivino notched both of the saves for Oakland this week and while he's doing it with less dominating "stuff" than Jake Diekman, it does seem like Trivino has the slight edge as the preferred closer, if for no other reason than being the right-handed half of the platoon.

-Hector Neris allowed his first run since May 8th on Wednesday on a solo homerun to Freddie Freeman. Unfortunately, he was protecting a one-run lead, so he was tagged with the blown save. In general, saves have been trickling in frustratingly slow for Neris despite him pitching quite well. In fact, fewer than half of his appearances this season have come during a save opportunity. Neris has an excellent 32% called+swinging strike rate this year and while his chase rate is now and his contact rate it up, he's doing a great job at limiting hard contact. He is a nice trade target if you want to target a player with solid underlying metrics and the sole closer on his team that could see an increase in save chances in the second half since his usage so far has been artificially suppressed.

-As we mentioned last week, Reds manager David Bell seems compelled to use Tejay Antone in high leverage situations, regardless of the inning. This has created more save chances for Lucas Sims, which he has converted in stride. Most importantly, he has cut his walk rate while maintaining strong strikeout numbers. One interesting aspect of Sims is his batted ball data because he's a heavy fly ball pitcher (average launch angle of 18.6 degrees), but he has only allowed one barrel this year. He'll need to continue to limit hard contact, particularly on fly balls, in Great American Ballpark, but Sims should be a moderate source of saves moving forward.

Zack Britton (NYY) - Zack Britton could be activated from the injured list this weekend. He has had a pair of rehab outings with mixed results and he might take a bit before Aaron Boone trusts him in high leverage situations again. Nonetheless, Britton is possibly available in many leagues and can be a difference maker in the second half of the year in leagues with holds thanks to his high ground tendencies and strikeout rate.

Trevor Rosenthal (OAK) - A's manager Bob Melvin reported that Trevor Rosenthal is progressing "rapidly" from a shoulder injury that has sidelined him all season. The original thought was that he would return in August and while It needs to be mentioned that Rosenthal hasn't even begun a throwing program, he's a name to keep an eye on in the coming weeks, particularly if your league has injured list positions.