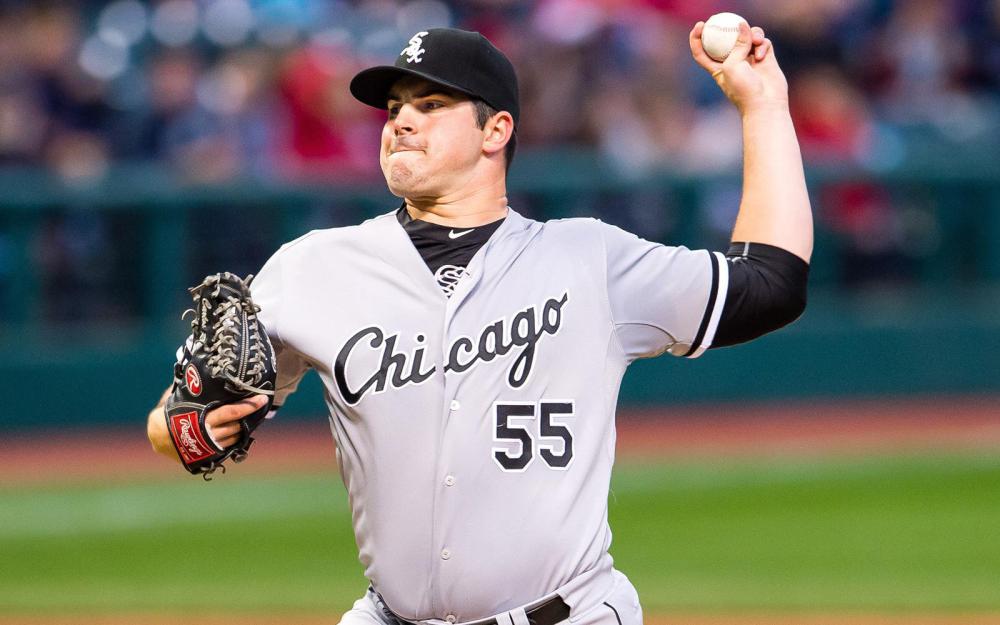 Rodon sparkled once again against the Tigers on Sunday, carrying a no-hitter into the 7th inning and finishing with 1 ER allowed on 1 hit and 2 BB's in 7 IP, while striking out 9. Rodon was unable to collect his second no-hitter of the season, but he did lower his ERA to 1.89 and now has a stupendous 97:17 K:BB through 66.2 IP. He has allowed 1 ER or fewer in 9 of his 11 starts this season, while striking out at least 8 in 9 of 11 starts as well. Perhaps most impressively, he has allowed 2 or fewer hits in 6 of those 11 starts. His SwStr% has risen to an elite 16.2% this season, while his fastball velocity has jumped to a career best 95.6 mph. After being plagued with injuries and inconsistencies throughout his career, Rodon has emerged as not only the White Sox ace, but also as one the top pitchers in the American League.

Brantley had another big game for the Astros on Sunday, going 4-5 with 3 doubles and 4 RBI in a blowout win over the Twins. Brantley hasn't missed a beat since returning from the IL last week, hitting a ridiculous .632 (12-19) with 5 doubles, 6 RBI, and 0 K's across 23 PA's in the 5 games since his return. He continues to display his trademark contact skills with a 10.9% K% and 4.7% SwStr%, while also the hitting the ball harder than ever before with a career-best 45.35 HardHit%. He doesn't steal many bases anymore, and his HR-pop is capped due to a limited number of fly balls (23.1% FB%), but he has instead been hitting an increased number of line drives (31.9% LD%) which will only help him hit for a high average, and produce a strong number of runs and RBI from the heart of the Astros lineup.

Gilbert allowed 1 ER on 4 hits in 6.2 IP, while striking out 6 against the Indians on Sunday, in what was probably the best start of his young career. Gilbert didn't make it through 5 IP in any of his first 3 big-league starts, but he has now gone at least 5 in each of last 3 outings, with the 6.2 frames he tossed Sunday being his longest outing yet. Over those last 3 starts, Gilbert has posted a 2.08 ERA with an 18:6 K:BB across 17.2 IP. There will likely still be some ups and downs for the rookie, but he looks like a solid mixed-league option right now.

Hernandez went 3-6 with 2 HR's and 6 RBI in a blowout victory over the Red Sox in which the Blue Jays hit 8 HR's as a team. This was a much needed effort from Hernandez who was having a rough June, hitting .179 with no XBH's and a 40.5% K% across 42 June PA's entering Sunday's ballgame. The bloated K% is especially disappointing, as he had impressively cut that number down to 17.6% in May, a remarkable feat for a player with a career 31.1% K%. We know that Hernandez has power, but whether he can maintain an improved strikeout rate over an extended period could be the difference between a superstar and an all-or-nothing slugger.