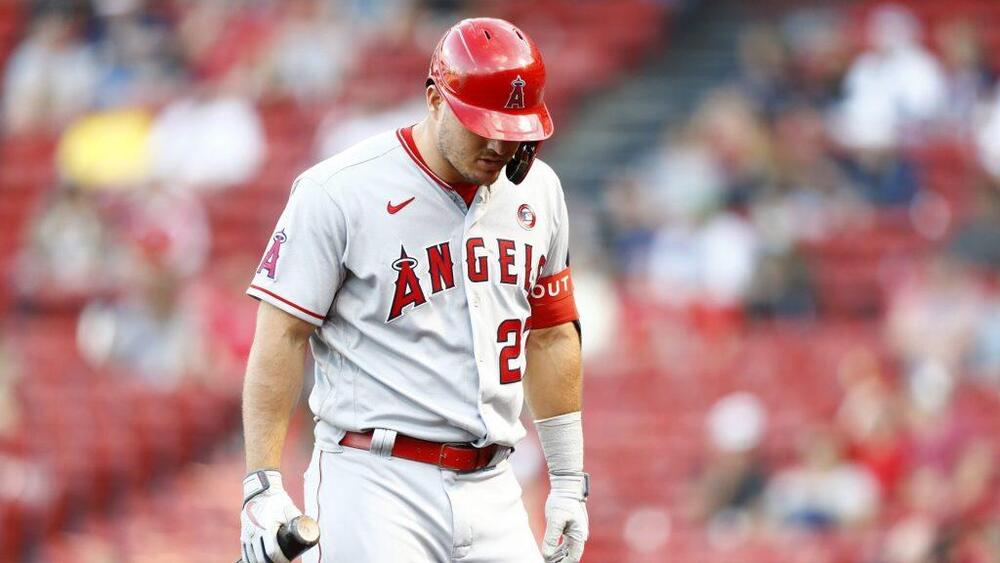 Matt Harvey threw on short rest Wednesday, leading him to only throw three innings... Justin Dunn was placed on the IL with shoulder inflammation. Dunn has taken some big strides this year with a 3.18 ERA and a 24% strikeout rate. Robert Duggar was recalled from AAA to fill Dunn's roster spot. The good news though is that the team is expecting him to rejoin the rotation next week... Kolby Allard is joining the Rangers' rotation on Saturday and Hyeon-jong Yang is being moved to the bullpen. Allard has shown more flashes with Texas than he did in Atlanta, but I'm still on a wait-and-see with him... Chris Sale threw a 20 pitch bullpen session on Wednesday, mixing in fastballs, changeups, and just a few sliders. He's still on pace to hopefully return to the team at some point over the summer... Triston McKenzie was recalled from AAA for a start, and then sent back down to AAA immediately afterward. This start was a mixed bag for the right as he struck out 10 batters over 5.1 innings, but also still allowed five runs... Lance McCullers threw a side session on Wednesday and reportedly felt great. The team is hoping that he can rejoin the team in the middle of June and his next step is throwing a simulated game while the team is on their road trip... Kenta Maeda has started long tossing for the Twins and could throw a bullpen session for them this weekend. Maeda went on the IL with a groin strain but now is dealing with a sore arm to go along with that... Michael Pineda had some arm discomfort in his start on Tuesday and is going to miss his start on Sunday. He hasn't been placed on the IL though so it seems that the team believes he can be ready for the next turn through though... Jean-Carlos Mejia will start Friday's game after Wednesday's game was postponed due to weather. He tossed three shutout innings and struck out two batters... Yusei Kikuchi was hit by a comebacker on Saturday and forced to leave his start. He was hit on the leg and the initial injury isn't yet to be known, but most likely is a bruise of some sort... Patrick Sandoval is going to start for the Angels on Sunday, filling the rotation spot of Jose Quintana. He has a 3.80 ERA over 21.1 innings this year, but I'm in wait-and-see mode on him before thinking about rostering him... John Means left Saturday's start due to shoulder fatigue and is going to undergo an MRI on Sunday. This is obviously sad news as Means was enjoying a breakout season, but Means has said it's an issue he's dealt with before and he isn't concerned about it as of now... Michael Wacha is going to make a spot start Sunday. He's been working out of the bullpen for a month but will enter the rotation for at least one turn through... Bailey Ober is making a spot start for the Twins on Sunday. His first start of the year came in mid-May and he allowed four runs in four innings... Luis Severino's rehab assignment officially starts on Sunday in Low-A. The plan is still for him to join the rotation so there's going to be multiple rehab starts ahead of him... Tyler Glasnow's start on Sunday has been bumped back to Tuesday just as a way to limit his workload for the season... Corey Kluber was transferred to the 60-day IL. There's no change in his potential return date, but this helps clear the way for Chris Gittens to be added to the roster... Carlos Rodon's start has been shifted from Sunday to Tuesday... Spencer Turnbull was placed on the IL with a forearm strain that he suffered on Friday. Bryan Garcia was called up to the majors to take his spot on the roster, but the team hasn't said who will take him spot on in the rotation... Jose Quintana has started throwing from 90 feet as a part of his rehab assignment... Kyle Gibson was activated Friday ahead of his scheduled start.

Caleb Thielbar left Wednesday's outing with a groin strain. He was placed on the IL and will now miss a chunk of time. He wasn't in the saves mix for the Twins, but he provided a nice strikeout rate for deeper leagues... Darren O'Day is throwing from 90ft but hasn't moved to throw off a mound yet. He's working his way back to action from a shoulder strain towards the end of April, but we won't get a good guess at a return date until we see him on a mound... AJ Cole was placed on the IL with neck soreness.. Chaz Roe has started his rehab assignment with AAA Durham... Hunter Harvey is expected to be activated off the IL this weekend. Harvey gives Baltimore another righty reliever that they could desperately use, and could even get into the mix for save chances depending on how the team chooses that they want to use Cesar Valdez... Chris Rodriguez could return to the Angels this weekend... Julian Merryweather isn't close to returning according to Charlie Montoyo. He's been playing catch since the middle of May but the team is very obviously going to take it slow with him getting back in the mix... Michael Kopech is dealing with a left hamstring strain and has been placed on the IL. The team doesn't believe that it's something that with affects him long-term but also aren't certain he'll be back after the minimum stay either... Zack Britton could return to the Yankees next week on their upcoming road-trip.

Luis Garcia, Houston Astros - Garcia has turned into a force in the Astros rotation with two straight quality starts and he hasn't allowed more than two runs in a single outing since May 10th. He's struck out 60 batters over 53 innings, including at least six in each of his last three outings and his WHIP sits at 1.02 for the year. He's going to remain in the Astros rotation and needs to be rostered at this point while he's on this outstanding stretch run that he's on.

Jonathan Schoop, Detroit Tigers - Schoop's June has started about as great as you can with a .438/.500/1.313 triple slashing line and he has four homers across four games, all coming in a pair of two-homer games. Schoop's batted ball data looks similar to what he does most seasons, but he's spiked a 40% barrel rate in June and is going to continue to get consistent playing time for the Tigers.

Tarik Skubal, Detroit Tigers - Skubal saw a pitch mix change in May, moving to a changeup over his splitter, and he posted a 3.33 ERA with 39 strikeouts over 27 innings. He continued his strong work in June with 11 strikeouts on Saturday over just five innings, and he now has at least eight punchouts in all of his last four starts. He's still ridiculously under-rostered at this point considering we see a clear shift in pitch mix right before he's started striking everyone out. I'm on board to Skubal train.