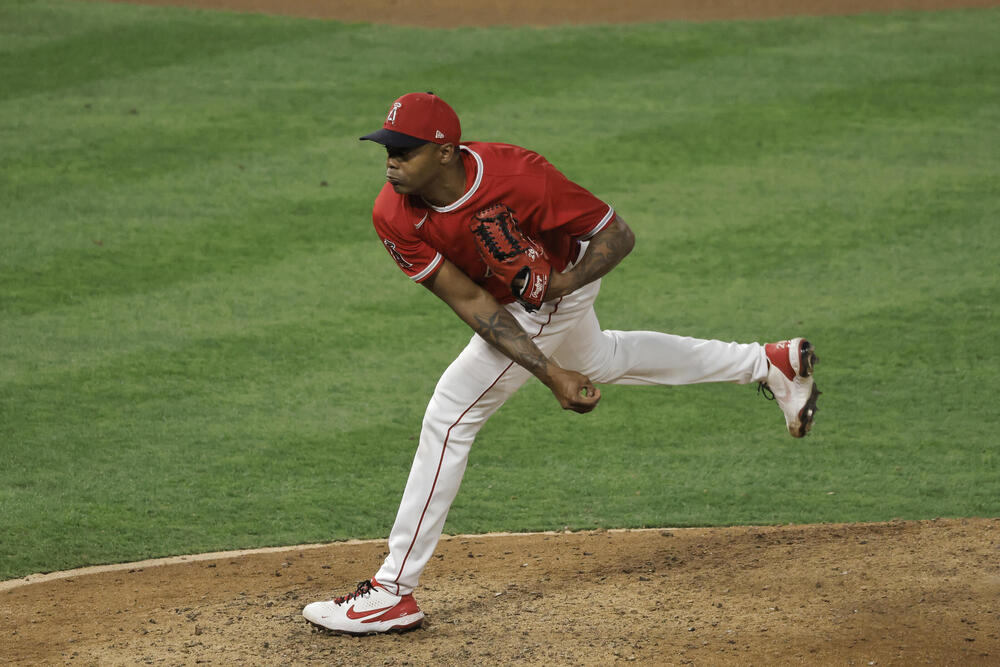 Welcome to the 14th edition of A Closer Look of the 2021 Major League Baseball season! It's officially July, which means the midway point of the season and the trade deadline are just around the corner. Several teams with dedicated closers are currently on the bubble in the playoff races, forcing their ownership and management to make the difficult decision to either be buyers or sellers at the trade deadline. Teams like the Cubs (Kimbrel), Braves (Smith), Twins (Robles/Rogers), Phillies (Neris), and Nationals (Hand) all could choose to be sellers at the deadline, eliminating their dedicated closers and potentially further disrupting the closer landscape for fantasy owners. I've said it before and I'll say it again - the fantasy industry must find a way to adapt to the changing dynamics of real MLB bullpen management. Dedicated closers are becoming a minority and it's time the fantasy baseball game is updated to reflect the closer-by-committee structure. If you ask me - the best way to accomplish this is by moving away from individual relievers and instead roster team bullpens to capture the saves. At the same time, you could even move away from individual player wins and track team wins utilizing the same "team rotation" as the bullpen. Drafting teams wouldn't be a completely foreign concept for the fantasy industry, after all, fantasy football has used team defenses for years. What do you think? Hit me up on Twitter @MichaelWaldo and tell me how you would fix the closer problem in fantasy baseball!

In the meantime, let's take a look at the current closer landscape and find all the ways to give you an edge.

-Poor Hector Neris. After losing the job early last week, he was gifted with a second chance last to prove he deserves the role after stealing a save Friday night and being available on Saturday with his two competitors - Archie Bradley and Jose Alvarado - unavailable. Unfortunately, Hector Neris was back to doing Neris things and walked in the tying run before giving up the winning run on a sacrifice fly. Both Jose Alvarado and Archie Bradley saw saves this week, but neither were particularly impressive. Alvarado has the best pure stuff, so he remaining my top choice, but this situation remains fluid.

-Michael Fulmer landed on the injured list, which makes Jose Cisnero the most likely candidate to close games in the meantime. The most concerning aspect of Cisnero is his quality of contact metrics, which present a worse than league average barrel rate (10%) and he's giving up line drives 26% of the time. His 30% strikeout rate has helped compensate for some of this so far, but with only a 9% swinging strike rate and a really low 22% chase rate, he's likely over-performing in strikeouts too.

-The Reds bullpen has taken many different forms this year and as it stands right now, Amir Garrett and Brad Brach seem like a two-headed monster in the 9th. Brach has been getting the high leverage situations, but Garret has been getting the saves. For now, both are worst rostering in leagues, but keep an eye on the trade rumors because the Reds will likely be sellers at the deadline and both of these players could be attractive pieces for contenders.

-A new era has begun for the Arizona Diamondbacks as Joakim Soria notched his first save of the season. Don't expect high volume, but Soria should be a dedicated closer for the Snakes, so he's worth owning for that reason alone. Still, Soria is a shell of his former self and no longer has dominating stuff, but saves are saves, right?

-Don't look now, but Raisel Iglesias suddenly has 15 saves with a really impressive 39% strikeout rate and just a 5% walk rate. Additionally, his 48% groundball rate is the best of his career and even though his 9% barrel rate is higher than we'd like, his 21.5% swinging strike rate is the highest in the league (and nearly 1% higher than Josh Hader, who has the 2nd highest rate!). He's quietly putting up elite production.

-Paul Seward has been on fire for the Orioles bullpen. Over the last 14 days, Seward has made 7 appearances with 6.2 inninngs pitched, but most impressively, he has a save, two holds and a 15:2 strikeout-to-walk rate. Paul Fry remains the most probably closer, but Seward is pitching at a level that makes him relevant in most fantasy leagues.

-Drew Pomeranz was activated from the injured list by the Padres this week. He may have been dropped in leagues since he's been on the shelf since May 9th, and while he probably won't compete for saves (beyond vultures on days off), San Diego used him as a heavy reliever last season and he could prove to be useful in mixed leagues once again.

-Since joining the Dodgers bullpen in mid-May, Joe Kelly has steadily climbed his way from low-leverage to high-leverage situations. He's currently working with 8 straight scoreless appearances with an impressive 18:4 strikeout-to-walk rate on the season. Kelly's average sinker velocity is up about 1 MPH this season, which he's back to throwing about 40% of the time, a rate we haven't seen from him since his time with the Cardinals. Regardless, it's working for him and leading to plenty of both strikeouts and groundballs.