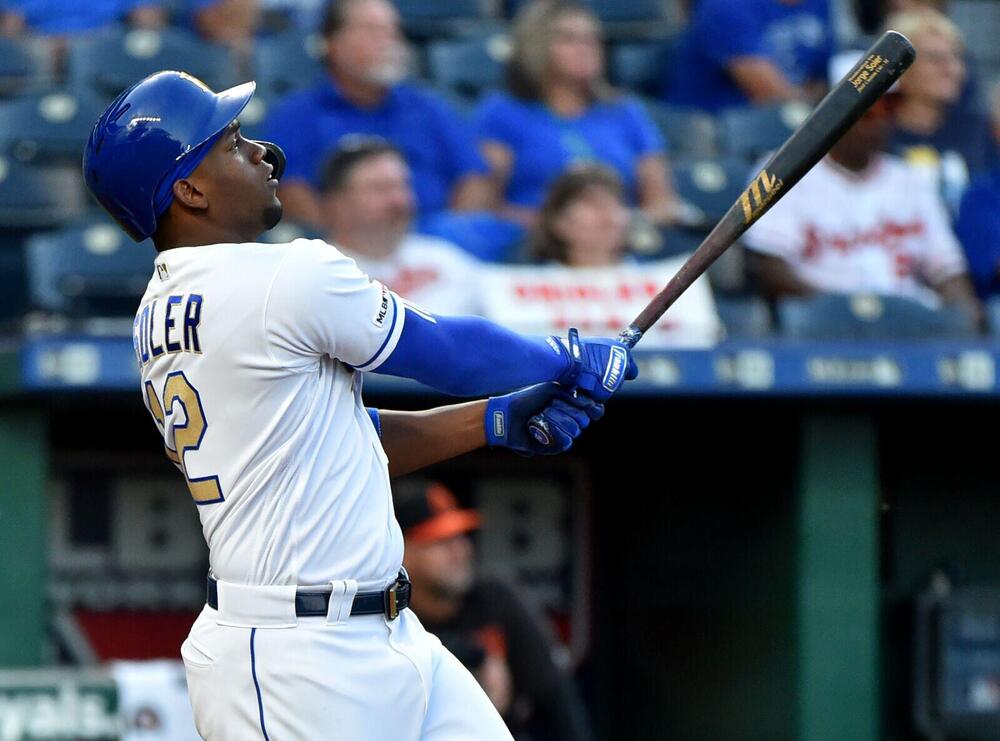 Soler went 3-4 with a pair of solo HRs. The effort raised his season slash .190/.287/.364 and he has been one of the bigger fantasy disappointments of the season as he has just 11 HR so far- but owners are hopefully that he is showing signs of turning it around as he has now homered in 3 of his past 5 games. Soler still has a nice 49% hard hit rate but a .228 Babip and a .364 slug have led to the dismal start - but a .435 xslug and his decent mini power surge indicate an at least average second half.

Ohtani went 2-3 with his 35th HR, a walk and his 13th SB. The monster season continues as he has been able to maintain a high batting average (.277) and elite OPS (1.045) despite striking out 114 times - the 5th highest total in the League. That is really the only thing to nitpick about the stars game - but that is part of how he plays and his ferocious swings have led him being in the top of the league in barrel rate (25%) hard hit rate (56%) and exit velocity (93.8 mph) to name a few. He continues to carry the Angels and is scheduled to take the mound Monday - he threw 6 shutout innings, striking out 8 his last time out.

Olson went 2-4 and mashed his 27th HR of the season Sunday. Olson continues hitting at a torrid pace, as he hit his 4th HR of the week and is 4th in the League in HR and 5th in slg% at .588. While these are massive power numbers the rest of his batting profile may be the most impressive. Olson entered the season a career .253 hitter with a strikeout rate of 24%. This year Olson is hitting .287 and has struck out just 16% of the time - and incredible turnaround as he has dropped his swinging strike rate under 10% and has a career high 78% contact rate. Olson has been using the entire field this season, pulling the ball yes but still sporting a 45% hard hit rate. He has a ways to go to catch up to Vlad Jr. and Ohtani - but I would put him 3rd in the AL MVP race at this point.

Odor went 2-5 with his 12th HR of the season Sunday. Odor had 3 30-HR season during his career with the Rangers but his career with the Rangers ended on a poor note as he hit just .205 in 2019 with the Rangers and despite hitting 30 home runs he struck out a league leading 178 times. He had a similarly rough 2020 hitting just .167 with 47 Ks and 10 home runs. Maybe it has been coming to a new franchise, but Odor has put up a solid .230/.297/.460 and has hit in the heart of the Yankees lineup recently with all their injuries. He is walking at a decent 6.5% clip for him while striking out in 26% of his PAs - acceptable as long as he keeps slugging home runs.

Lynch threw 8 shutout innings Sunday, allowing 5 hits while striking out 4. Lynch returned to the big leagues for his first start since May and it was a complete turnaround from his first 3 appearances where he got torched for a 15.75 ERA as he allowed 14 ER on 18 hits over just 8 innings. While Lynch did fall behind early in this one (just 12 of 28 first pitches for strikes) he did not walk any and ended up generating a whooping 13 ground balls. He also struggled with a 5.84 ERA upon his demotion to AAA so hopefully the start Sunday is something he can build on. Lynch had a 9.79 K/9 and 45% groundball rate there over 57 innings- and keep in mind he didn't pitch anywhere in 2020.