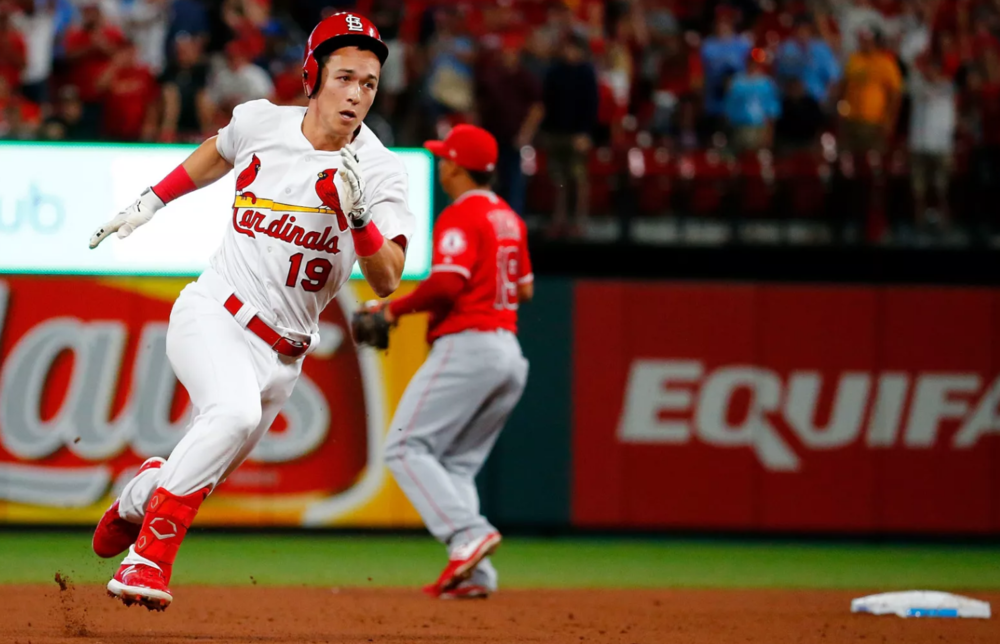 Tylor Megill went 5 IP and gave up 2 ER on 1 H, 3 BB, and 5 K's against the Nationals. Megill has now made thirteen starts at the major league level and has a 4.04 ERA and 1.24 WHIP. He is showing the ability to miss enough bats (26% K) to go along with good control (6% BB). His 3.79 SIERA gives a good indication of his skill set and that he has pitched better than his traditional stats say. Megill has been hurt by home runs (1.67 HR/9) which was not a problem coming up through the minors so this should smooth out over time in addition to his .291 BABIP. He's got three pitches (FB, SL, and CH) but has been hurt by left-handed batters (.990 OPS). A tweak in approach to left-handers will help MeGill bring both his ERA and WHIP down. Megill doesn't have an elite ceiling but the floor is nice and with a couple of small adjustments he could become an above-average starter.

Tyler Mahle went 7 IP and gave up 2 ER on 4 H, 2 BB, and 6 K's against the Marlins. Mahle has a 3.64 ERA and 1.18 WHIP through 148.1 IP. He has been able to miss bats (28% K) while improving his control (8% BB) from the shortened season (10% BB). He has the swinging strikes (12% SwStr) and called strikes plus whiffs (30% CSW) to back up the strikeout rate. Mahle hasn't been lucky on balls in play (.287 BABIP and 79% LOB) which has led to a 3.69 SIERA. All of this backs up what he has done so far this year. He may not have an elite ceiling but he is comfortably an above-average starter and has the perfect game for fantasy due to the strikeouts. He's already thrown more innings at the major league level than at any point in his career but this isn't a major concern because he was brought up as a starter and hasn't had workload issues in the past. The Reds are fighting for a playoff spot so they will have no reason to limit his workload down the stretch.

Aaron Ashby went 5 IP and gave up 2 ER on 3 H, 1 BB, and 4 K's against the Twins. Ashby has now made four starts for the Brewers in addition to a relief appearance. He has a 3.95 ERA and 1.39 WHIP. The WHIP has been an issue and his skills have been lackluster (21% K and 10% BB). This wouldn't inspire a lot of confidence in the left-hander but this is also ignoring minor league track record. In Triple-A this year, Ashby struck out 36% of batters with 17% swinging strikes. This is due to an above-average fastball from the left side (97 mph) that he pairs with a slider and changeup. He has struggled with control in the minors but the Brewers' recent run of success with starting pitchers makes you want to buy in. The Brewers pitching development with his pure stuff is a situation that you can dream on. Ashby may not be fantasy-relevant this year due to his struggles with control but he is a name to keep your eye on for 2022.

Jorge Soler was 2-4 with an HR (20), 2R, and 1 RBI in the blowout of the Giants. Soler has been batting second for the Braves which is a great lineup spot to be in hitting behind Ozzie Albies and in front of Freddie Freeman. Soler is hitting .282 with 7 HR, 16 R, 15 RBI, and 0 SB for the Braves in 30 GP. He has been able to cut his strikeout rate (19% K) and improve his walk rate (17% BB) over that same time period. Soler's BABIP over the same time period is .290 so it hasn't been all batted ball luck. He appears to be healthy and mashing for the Braves. He needs to be rostered in all formats right now.

Tommy Edman was 2-4 with an HR (9), 2 R, and 2 RBI against the Pirates. Edman is hitting .267 with 9 HR, 72 R, 45 RBI, and 21 SB. From a fantasy perspective, it has been a very valuable season for Edman due to the stolen bases. He combines a good contact rate (88% Contact) with an aggressive approach at the plate (6% BB). The power isn't going to be there due to 46% GB and his quality of contact isn't much better (36% Hard and 4% Barrels). Edman is still a valuable fantasy asset because of his elite speed and the fact that he hits leadoff which gives him extra plate appearances to score runs and steal bases. As long as you weren't buying into his 2019 power numbers you have to be quite happy with what you have gotten out of Edman this year.