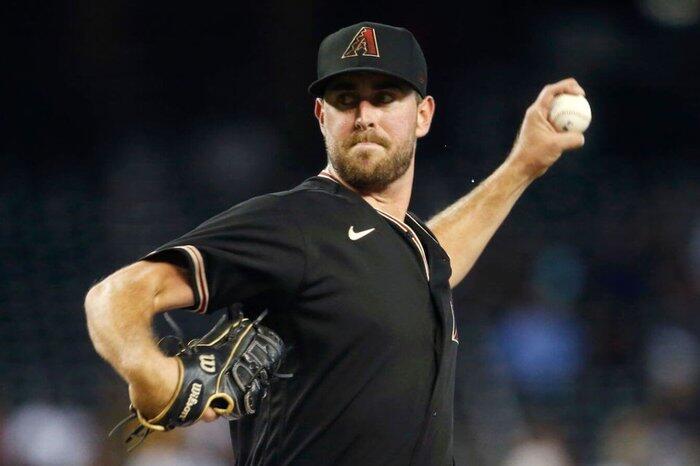 In the first start of his big-league career, Gilbert pitched a no-hitter against the Padres on Saturday, becoming the 4th pitcher in MLB history to toss a no-no in his first career start, and the first since 1953. This was the 8th no-hitter in MLB this season. Gilbert had made 3 relief appearances for Arizona this season prior to Saturday, and had struck out 5 in 3.2 scoreless innings in those outings, before striking out 5 and walking 3 in Saturday's historic effort. It's hard to take too much out of one start, and plenty of fantasy owners will likely flock to Gilbert after this performance, but that's probably an overreaction, as his 4.64 xFIP for the outing doesn't indicate that these types of performances will be a regular occurrence.

Corbin had another disastrous outing against the Braves on Saturday, allowing 6 ER's on 7 hits and 2 BB's in 4.2 IP while striking out 5. While he looked to be turning things around a bit in June, things have taken a turn for the worse since the all-star break, as Corbin has posted a 7.83 ERA and allowed 10 HR's in 33.1 IP over his 6 second half starts. His 7.11 K/9 is a shell of the 10.84 K/9 he produced in his heyday from 2018-19, and while the Nationals may have no choice but to keep rolling him out there, it's become harder and harder to justify rostering Corbin in fantasy leagues at this point.

Moore came out of nowhere to have an outstanding performance against the Reds on Saturday, pitching 6 hitless innings, while allowing just 2 BB's and striking out 8 in what was easily his best start of the season. Moore owned an awful 6.79 ERA (5.19 xFIP) heading into the ballgame, and was even worse over his last 4 appearances, pitching to a 10.67 ERA (17 ER's In 14.1 IP) and allowing 5 HR's in that span. This most recent performance was certainly encouraging, but we will need to see more of those before he can gain the trust of fantasy owners.

Stephenson went 1-3 with a HR against the Phillies on Saturday, and is now hitting .288 with 8 HR's this season. This makes 3 HR's in 9 games for the Reds catcher, who is now hitting .322 in 32 games since the start of July. Stephenson has maintained a high BA thanks to a solid 17.8% K% and 24.4% LD%, but his 22.4% FB% has capped his power potential. If his recent power surge becomes a new trend, he could become a useful fantasy option.