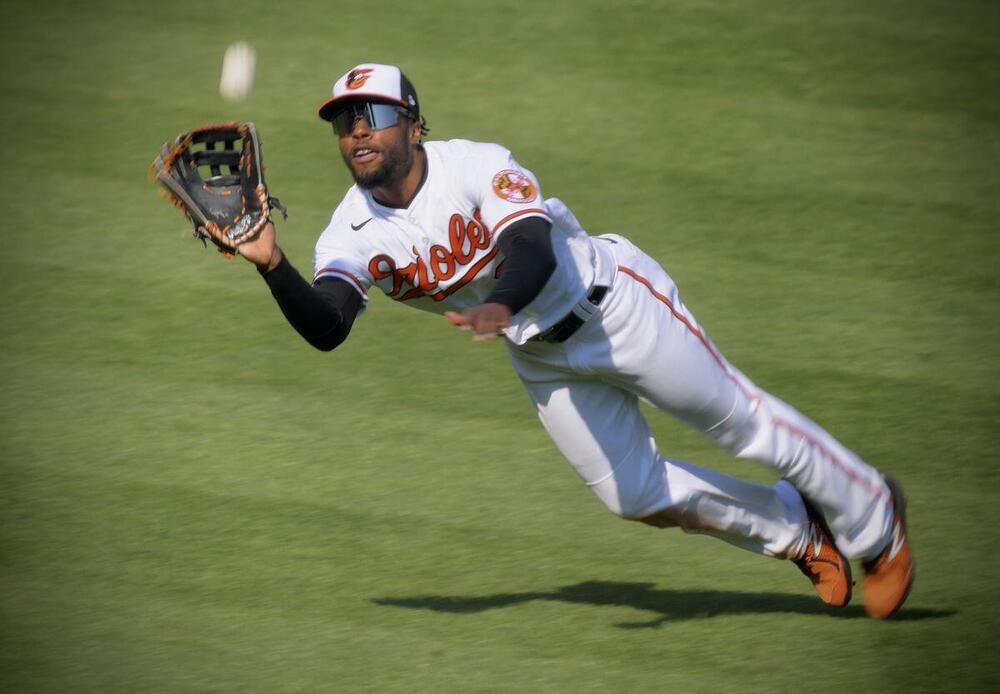 The Orioles are in the midst of a treacherous 18-game losing streak in which they have been outscored 149-47. (That's an average score of 8.3 - 2.6.) It's the longest losing streak in MLB since the Royals lost 19 straight in 2005, and there's a realistic chance that the O's break the Modern Era record of 23 consecutive losses. Which leaves Orioles fans with the following question: Will the O's ever win again?

Now if the question is will they ever win another game again, then the answer is yes. In fact, they will probably still win another game at some point this season! But the real question is whether or not the Orioles will host a winning team any time in the near future. No one can answer that question for sure, but at least we can put a positive spin on things by pointing out that there a number of players on the O's roster, or within the organization, that could conceivably be part of the next winning baseball team in Baltimore.

Considering how badly the Orioles season has gone, it's easy to overlook how sensational Mullins has been and how much he has improved this season. After hitting .271 with 3 HR's in 48 games last season, Mullins has been putting all-star numbers in 2021, hitting .309 with 21 HR's, 30 doubles, 22 SB's, and an .899 OPS through 120 games this season. His underlying skills have all improved as well, as his K% has dropped from 24.2% to 18.6%, his SwStr% has dipped from 10.0% to 7.8%, his HardHit% has jumped from 31.8% to 39.8% and his FB% has increased from 34.8% to 40.2%. Mullins looks like a player who can be fantasy star for years to come and a player who the Orioles can build around. Not bad for a 13th round pick. It's amazing how much he has improved, but it's even more amazing how historically bad the O's have been despite Mullins' success.

Means logged a quality start in his most recent outing against the Braves, but he has mostly struggled since his no-hitter in early May, posting a 5.08 ERA (5.10 xFIP), 7.11 K/9, 28.9% GB%, and a whopping 2.61 HR/9 since his historic day. He has still been very good at limiting walks and limiting hard contact (87.6 EV), but with so many balls flying in the air, the HR's have been hard to stop. This is especially true in Camden Yards where he has allowed 2.68 HR/9 compared to 1.46 HR/9 on the road. It's no surprise that his ERA at home this season (5.36) is nearly 3 runs higher than his ERA on the road (2.39). It's not all doom and gloom for Means though as his xFIP is still in the mid-4.00's for the 2nd straight year and as mentioned earlier, he has had very good control, and has induced a lot of weak contact. If the Orioles become a winning team in the next few seasons though, Means will likely be a middle of the rotation guy, as opposed to an ace.

Any success that the Orioles have over the next 5 seasons will probably be centered around Mountcastle, who has quickly become a solid big-league hitter over his first MLB seasons. He started 2021 slowly, but over his last 59 games, he has slashed .292/.347/.579 with 17 HR's and 45 RBI. Mountcastle has had particular success against LHP's, posting an .849 OPS against them this season, but recently he's been even better against righties, slashing .319/.373/.609 in 153 PA's against them since the beginning of June. If Mountcastle can maintain his success against RH-pitching, he should put up some big seasons in the years ahead.

Rodriguez struggled in his most recent AA start, allowing 5 ER's in 3.2 IP, but overall he has been excellent in the minors this season, compiling a 2.54 ERA and 135:22 K:BB across 85.0 IP covering 19 starts in A+ and AA combined. He is one of the top pitching prospects in baseball and one of the big reasons that the Orioles have one of the highest ranked farm systems in baseball.