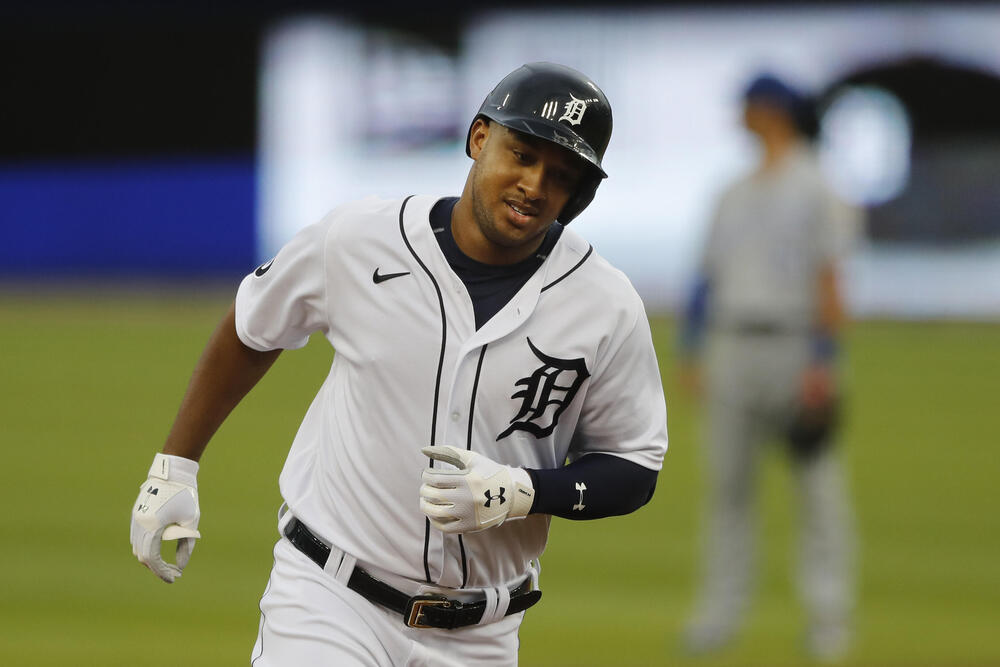 Jonathan Schoop- 2B- DET- Hot- Schoop went 2-for-3 with a walk yesterday to raise his average to .277. He extended his current hitting streak to 6 games, but yesterday was the first game in that span with multiple hits. Schoop has also reached base 3 times via walk and was hit once in his streak. He has played most of his games at 1B this season and recorded his 5th straight full season of 20 or more homers (2020 will be ignored.) Schoop has also scored 81 runs and knocked in 78. He will still have eligibility at 2B for 2022 so his power plays well there but there is some versatility. His Statcast numbers of 87.9 Exit Velocity combined with a HardHit% of 39.6% indicates his power will probably still be there next season.

Jose Iglesias- SS- BOS- Hot- Iglesias went 1-for-4 to extend his current hitting streak to 11 games. He has hit an even .400 in that span with 4 doubles, a triple, a homer, 5 runs, and 6 RBI. Iglesias has walked 3 times while striking out 5 in 40 PAs. He has been getting regular playing time at 2B and is making the most of it. Iglesias has had some regression o the mean going on as his BABIP has risen from .291 to .302 during the streak. That's still a little below his .307 career mark. Iglesias has ability to steal bases and hit some homers as a middle infielder. He is exhibiting that he will be worth a look in deeper leagues in 2022.

Framber Valdez- P- HOU- Hot- Valdez has tossed consecutive quality starts after missing a turn due to a cut finger. Yesterday he allowed 1 run on 3 hits and 4 walks while striking out 3 in 6.2 IP. Overall, Valdez threw 52 of 95 pitches for strikes. His control issues increased as the game went on. From the 3rd through 6th innings Valdez walked a batter in each inning and he hit a batter in the 7th before getting removed with 2 outs in the inning. For the season he has thrown strikes in 60.1% of his pitches. Valdez has a K/9 of 8.19, down from his 9.68 last season His 3.96 BB/9 is increased from 2.04 in 2020, when 65% of his pitches were strikes. Valdez has experienced some favorable luck, as seen in the difference between his 2.98 ERA and 3.92 FIP. Last season it was the reverse, as his ERA was 3.57 and FIP was 2.85. Valdez has seen his Statcast numbers improve over 2020, as Exit Velocity, Barrel%, and HardHit% are all down. With a GB% of 70.1% Valdez is prone to effects from swings in BABIP. Last season it was .312 and this season it is .270. Looking towards 2022 the past couple of seasons can give you an idea of a range to expect. He will likely have an ERA in the 3.00-3.50 area, give or take, a decent amount of Ks, and won't allow a lot of balls to leave the yard. He is still under Houston's control, which helps his value.

Sean Manaea- P- OAK- Hot- Manaea bounced back from two subpar outings by handling the Astros fairly easily. He allowed 1 run on a solo homer, one of three hits overall in 7 IP. Manaea walked 1 and struck out 8. He threw 63 of 95 pitches for strikes. Inconsistency has been a hallmark of Manaea's second half. After posting a 3.19 ERA in the first half with 10 quality starts over 104.1 IP he has a 5.06 ERA with 5 quality starts across 69.1 IP in the second half. Manaea's career splits between the first half and second half look pretty even. However, due to injuries and the oddity that was 2020 a different view emerges when looking deeper. This is the 4th season that Manaea has pitched at least 144.2 IP. Expect for the first of those in 2016 he has shown a marked decline after the All Star Break. This should play into expectations for the 2022 season.

Shane McClanahan- P- TB- Hot- McClanahan got to double digits in wins in his rookie season yesterday. He got the win in Tampa Bay's division clincher by allowing 1 run on 6 hits on a walk while striking out 3 in 5 IP. He threw 54 of 84 pitches for strikes. McClanahan hasn't pitched more than 5 IP since August 27th and the Rays may be using the rookie conservatively to hopefully keep him fresh in a postseason run. He hasn't thrown more than 88 pitches in any of his last 6 starts. With an ERA of 3.44, FIP of 3.36, K/9 of 10.32, BB/9 of 2.77, SwStr% of 15.1%, and CSTR% of 16.6% McClanahan is looking like a solid starting pitcher in 2022.