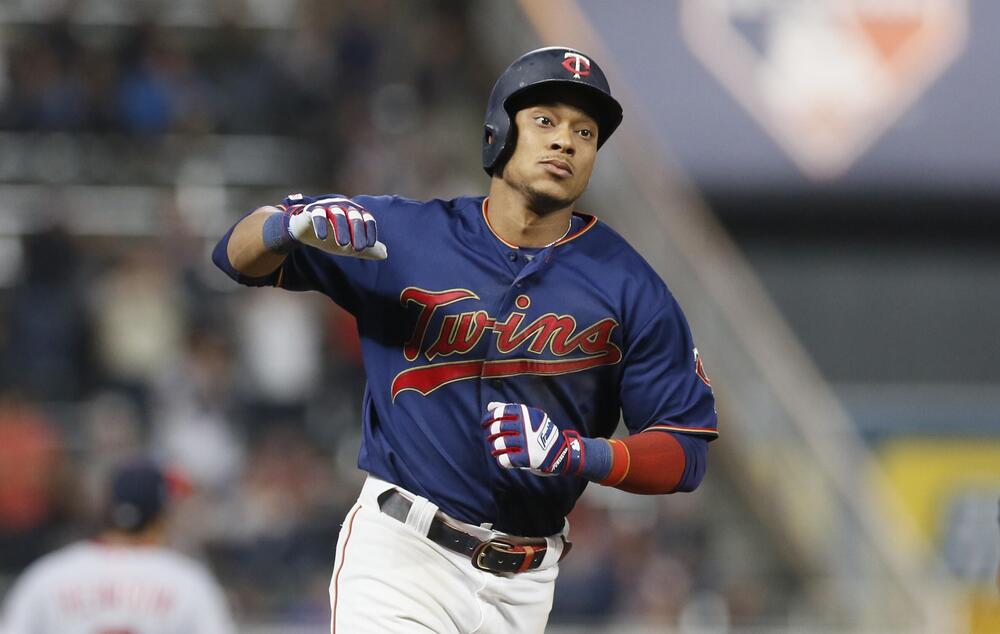 Cal Quantrill (SP-CLE) got beat up by Boston on Friday evening as he allowed 5 runs on 7 hits and 2 walks while fanning 6 over 6 innings of work. The 26 year-old righty fired 63 of his 99 pitches for strikes and coughed up 3 homers in the outing. Quantrill has been largely solid in 2021, as he now boasts a 3.15 ERA, 7.4 K/9, and 2.9 BB/9 across 122.2 innings (18 starts, 18 relief appearances). His 4.37 xFIP, however, does point to a .277 BABIP and 80% strand rate suppressing his ERA, and so fantasy owners would be wise to expect some more rough starts going forward. While Quantrill has done a fine job of minimizing hard contact (33% per Statcast), he gives up lots of liners (24%) and doesn't miss a lot of bats (9%). He does, however, line up for an attractive home start next week against the Twins and should be started.

Wander Franco (SS-TB) left Thursday's contest because of a headache and was monitored for concussion symptoms as part of his evaluation prior to Friday's series opener with Minnesota. The 20 year-old did not play on Friday and it's possible that he misses additional time because of the issue. Franco has assembled a solid although unspectacular rookie campaign, batting .275 with 7 homers, 35 RBI, 42 runs scored, and 2 stolen bases through 245 big-league plate appearances. He's held his own at the dish, fanning at just a 14% clip (which is, unsurprisingly, the highest he has logged at any level), walking at an 8% rate, and making contact at an 84% clip. Given his minor-league track record, his .297 BABIP does seem low (that ranged from .315 to .346 at each stop in the minors), although Statcast shows a modest hard-hit rate of 37%. Franco's pure talent is off the charts, so don't fret if he takes a little time to settle into the majors. After all, one of the most typed prospects in recent memory - Vladimir Guerrero, Jr. - also took some time to adjust but is now raking.

Jackson Kowar (SP-KC) performed very well in his return to the majors earlier this week, firing 6 scoreless innings in which he held Cleveland to 4 hits and 3 walks while striking out 6. The righty scuffled in his MLB appearances earlier this season and now owns a 8.18 ERA, 6.6 K/9, and 6.6 BB/9 across 11 innings of work (3 starts, 1 relief appearance). He's been hit hard (55% per Statcast) and not missed many bats (9% swinging-strike rate) in that small sample. Part of the issue may stem from the 24 year-old working with a limited repertoire, as he possesses a plus mid-90s heater (56% usage) and a dynamite changeup (36% usage) but lacks a reliable third pitch; he's lightly deployed a slider (4%) and a curve (4%). Kowar's body of work in Triple-A was, moreover, a mixed bag, for while he logged a solid 3.46 ERA (3.28 xFIP) and a nice 12.8 K/9, his control was a bit shaky (3.8 BB/9). However... he's lined up to take the hill in Baltimore on Monday and given his recent outing against Cleveland he's worth considering as a streaming option.

Bobby Witt, Jr. (SS-KC) appears likely to make his MLB debut in 2022 if he does not get a cup of coffee this season, especially after performing as he did in the high minors this year. In Double-A to open the campaign, the #3 overall prospect (per MLB Pipeline) batted .295 with 16 homers, 51 RBI, and 14 stolen bases across 279 plate appearances. The 21 year-old carried that success to Triple-A following his promotion, hitting .295 with 12 dingers, 34 RBI, and 8 steals over just 183 plate appearances. Witt has fanned a good bit - 24% at both levels - but has overall displated the plus power and speed that make him such a tantalizing prospect for fantasy. His hit tool does grade as below average and scouts seem to believe that strikeouts will just be a part of his game, so it's encouraging to see him hit for a nice average in the high minors, and with BABIP rates that are not by any means ridiculous (.339 in Double-A and .327 in Triple-A). Definitely have Witt on your radar for next season.