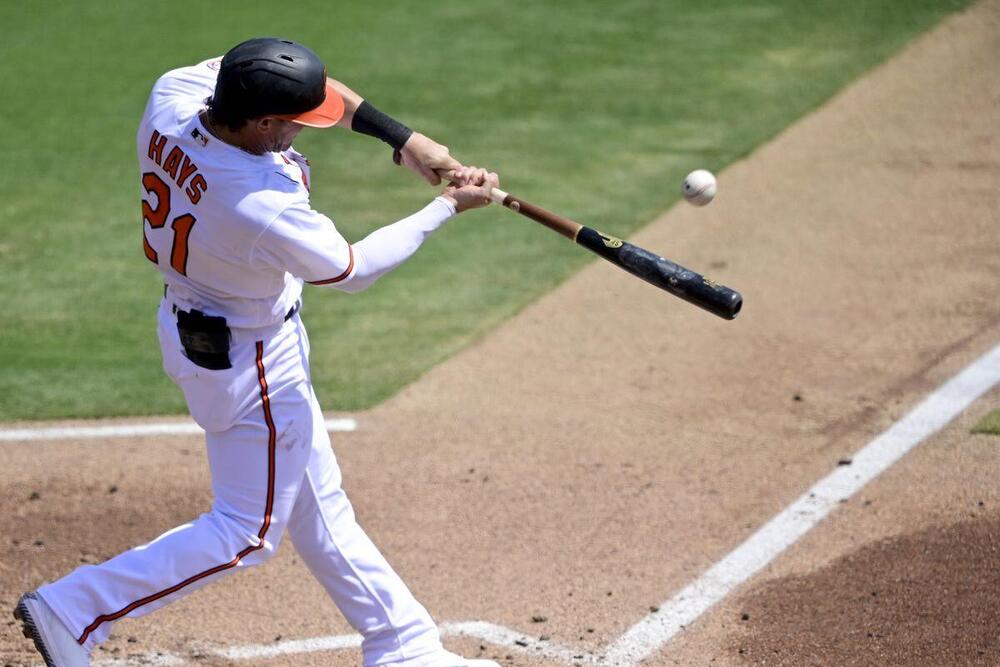 Hays had a big game in the first contest of a doubleheader against the Blue Jays on Saturday, going 2-5 with 2 HR's and extending his hitting streak to 17 games, although the streak ended in game 2 of the doubleheader. During this streak, Hays hit .364 with 5 HR's, 12 XBH's, and 16 RBI. His K% and EV during the streak are right in line with his season averages, so it doesn't seem like Hays has suddenly broken out into a new level, but he has really been a solid player all season, hitting .253 with 18 HR's and 59 RBI through 446 PA's. With a solid 20.2% K%, Hays has the ability to hit for a decent average, while also providing moderate power.

Irvin had a solid outing on Saturday, allowing 2 ER's in 7 IP while striking out 8 against the Rangers. This comes after an awful stretch for Irvin, in which he posted an 8.14 ERA over his last 5 starts, with a horrendous 7:9 K:BB and 6 HR's allowed in 21 IP during that time frame. Irvin has had a few strong stretches this season, but his 6.01 K/9 this season is not promising at all. His 4.10 ERA this season is not terrible, but his 4.92 xFIP is not very pretty. He will likely need to miss more bats if he wants to have success in 2022.

Seabold made his MLB debut for the Red Sox on Saturday, and lasted 3 IP, allowing 2 ER's on 3 hits and 2 BB's without striking out a batter. Seabold had a solid 44:13 K:BB in 41.2 IP in 8 AAA starts this season, and was taking the place of Chris Sale, who is now on the Covid-IL. How long Seabold sticks in the Red Sox rotation may depend on how long Sale is out for, but even if he gets another turn, it's unclear if Boston feels comfortable letting him pitch deeper into the game.