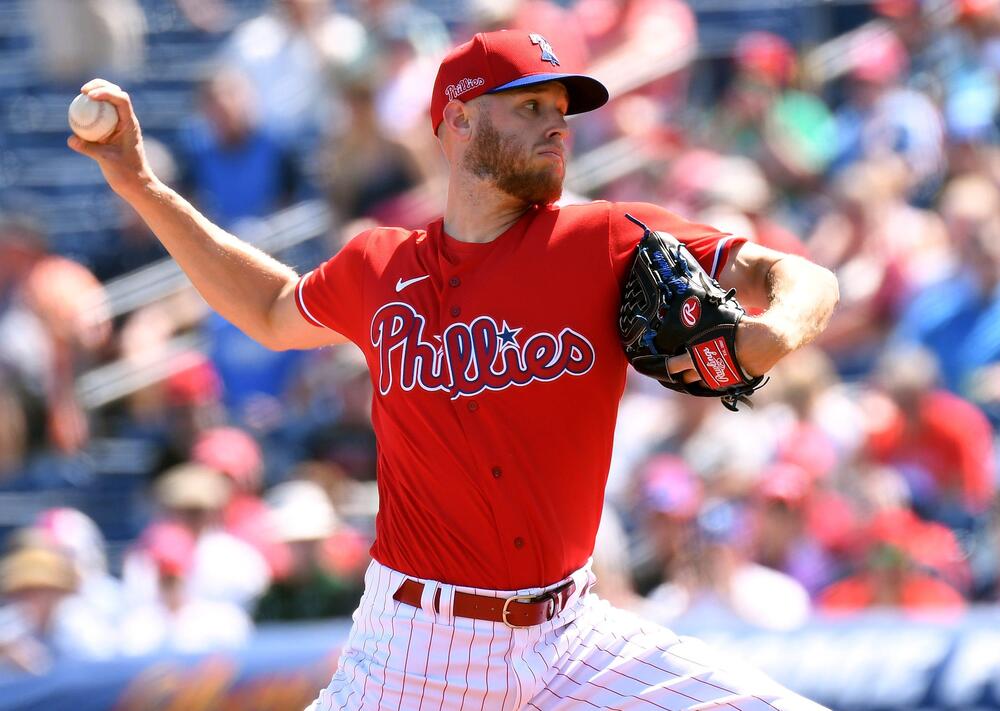 Zack Wheeler went 6 IP and gave up 1 ER on 4 H, 2 BB, and 9 K's against the Orioles. Wheeler was the first pitcher to get to 200 IP which has immense value in of itself but he has also taken a major step forward in terms of skills as well. He has a 2.79 ERA and 1.02 WHIP with 24% K:BB. The increase in strikeouts (29% K) has followed an increase in his swinging strike rate (12% SwStr) and pitch mix change. He is throwing his slider more than ever (25%). Wheeler is also throwing his fastball higher in the zone with more frequency which in conjunction with the increased slider usage has created a recipe for strikeouts. He should be drafted as a top 10 starter heading into 2022 given his workhorse status and increased strikeouts. Wheeler is an elite starter and should be drafted as such.

Luis Castillo and the Reds were rained out against the Pirates. Castillo has a 4.08 ERA and 1.35 WHIP through 31 GS. The good news is that he has stayed healthy and provided innings pitched. The not-so-good news is that he has struggled to replicate his success of the past two seasons. His strikeout rate has dropped to 24% which is in combination with a drop in his swinging strike rate as well (13%). If we dig below the surface there are encouraging signs for the right-hander. There has been a stark difference in terms of halves. He had a 4.65 ERA and 1.41 WHIP with 21% K and 10% BB in the first half. He has returned to being the pitcher we fell in love with within the second half (3.30 ERA and 1.26 WHIP with 28% K and 8% BB). Next season, drafters should feel comfortable with Castillo as an SP#2 possible low-end SP#1 if you wait on pitching. He has warts in his lack of command in the zone with his fastball and it seems like at some point, normally early, that he struggles but the overall line should be above-average.

Josiah Gray went 6 IP and gave up 2 ER on 6 H, 1 BB, and 8 K's against the Marlins. Gray has struggled in his first taste of the big leagues. He has a 5.92 ERA and 1.42 WHIP. The biggest issue has been home runs. He is giving up 2.73 HR/9 which is a result of being a fly ball pitcher (55% FB) and barrels given up (13%). There is going to be natural regression in his home run rate but most projection systems will still have Gray with a home run problem which is why his 4.79 SIERA points to a pitcher to avoid. The minor league track record and pedigree are there but this is a young pitcher who is trying to find his way. The major problem has been his fastball which has good velocity (94.6 mph) and plays well in the top of the zone given his drop and drive mechanics. However, he has not been able to consistently place it at the top of the zone and if you look at his fastball heat map there is a big red blob right in the heart of the plate. This takes his fastball from above-average to a pitch that any major leaguer can crush. Gray is someone to avoid for the rest of this season in order to protect your ratios but could be an intriguing late pick with upside if he can do a better job of attacking his fastball at the top of the zone which pairs well with his curveball down in the zone.

Jesus Sanchez was 1-3 with 1 RBI and 1 BB against the Nationals. Sanchez is hitting .245 with 13 HR, 24 R, 35 RBI, and 0 SB in 56 GP. The power is legit based on the quality of contact he has been able to make (42% Hard, 12% Barrels, and 112.2 mph maxEV). The problem is his strikeout rate (32% K). It is not to the level of a replacement-level player but it is getting close. He needs to cut down on swinging at pitches out of the zone (35% O-swing) and be more selective within the zone. These are skills that take time to make the necessary adjustments. These are also the two indicators that we will need to keep a close eye on in Spring Training and early next year because a slight change could unlock a breakout season for the 23-year-old outfielder. Sanchez really needs a respectable average because speed is not going to be part of his game so he needs to be a four-category contributor instead of just three to stand out.

Tweets by Fantistics
Shane Bieber set to Start Friday for First Time Since June
Like a Baz - September 25, 2021