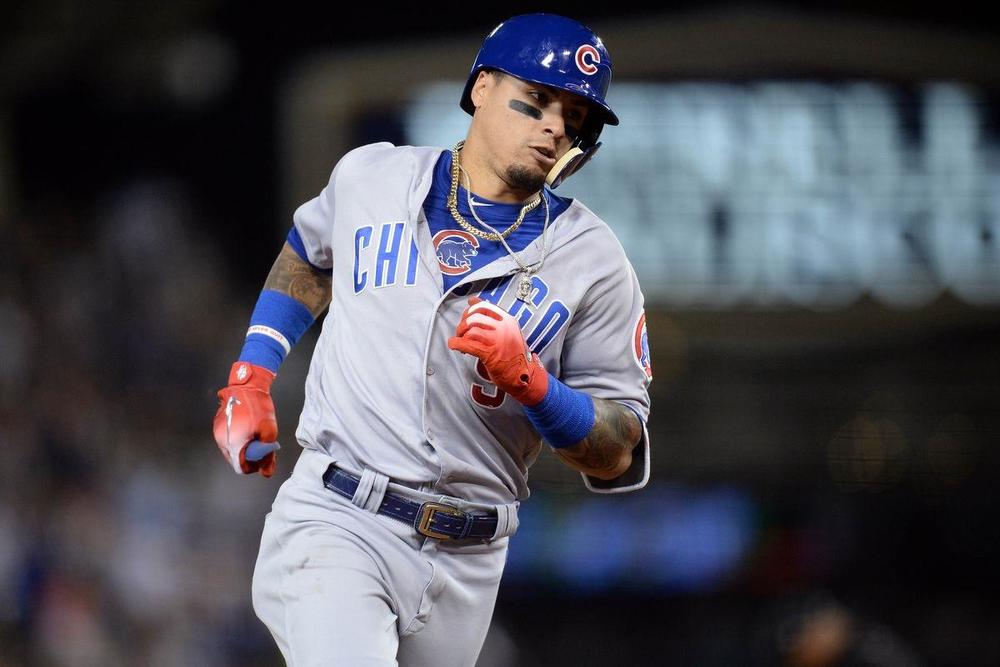 Tyler O'Neill was 1-4 with an HR (25) against the Dodgers. O'Neill came into the game red hot in September (.357 AVG with 3 HR/1 SB). On the year, he is hitting .278 with 25 HR, 65 R, 56 RBI, and 11 SB. He still strikes out too much (32% K) but his quality of contact helps make up for that (55% Hard and 18% Barrels). His Statcast numbers are elite and give him the wiggle to still hit for a respectable average despite the 30%+ strikeout rate. He is also a much better athlete than people assume given his power profile so his stolen base total (11 SB) is not an outlier. This makes him an extremely beneficial fantasy asset due to his power/speed combo. He has played well enough that the Cardinals have let him stick in the lineup which has allowed him to have a breakout year.

Javier Baez was 2-3 with an HR (29), 2 R, 1 RBI, and 2 SB against the Marlins. Baez has turned it on of late, hitting .364 with 3 HR, 7 R, 4 RBI, and 3 SB in September. This is likely unsustainable given his approach (30% K and 0% BB) over that same time period. This is what you get from Baez and his super aggressive approach. Periods of time where he is totally locked in at the plate and is providing power/speed in bunches and then there will be times where he looks completely lost at the plate. Overall, his season numbers are a .253 AVG with 29 HR, 68 R, 78 RBI, and 16 SB. This has been a nice bounce-back for Baez in terms of fantasy value from his down 2020 season. The batting average is likely going to stay in the .250 range or lower given his approach and rising strikeout rate but the power/speed is going to be there giving him enough value to continue to be an above-average fantasy asset. He will also have 2B and SS eligibility next year which is going to be quite useful.

Jazz Chisholm was 1-4 with an HR (15), 1 R, 2 RBI, and 1 SB in the win against the Mets. Chisholm is hitting .253 with 15 HR, 59 R, 46 RBI, and 19 SB. He definitely has swing and miss to his game (29% K) which has hurt his batting average this year but the power and speed combo are very real. He hits the ball hard (42% Hard and 9% Barrels) and has been 19 of 26 as a base stealer. Chisholm hasn't spent much time at the upper levels of the minors so he is essentially learning on the fly at the highest level so there is still hope that he can cut into that strikeout rate as he matures. He also needs to improve his launch angle just slightly (49% GB) in order to tap into his natural power.

Marcus Stroman went 6.1 IP and gave up 1 ER on 4 H, 0 BB, and 7 K's against the Marlins. Stroman has been fantastic this year in terms of ratios (2.87 ERA and 1.13 WHIP). His strikeout rate is below-average (21% K) but he makes it work due to good control (6% BB) and an above-average ground ball rate (50% GB). The Mets have not been able to win many of his games despite a sub-3 ERA (9 W) which hurts his overall fantasy value. His 4.03 SIERA points to regression next year but for the remainder of 2021, you need to continue to roll him out due to his ratios and just hope the Mets can pick up a couple of wins. He is scheduled to start on Tuesday against the Cardinals at home in a pitcher-friendly environment.

Brendan Rodgers was 1-5 against the Phillies. Rodgers is hitting .280 with 11 HR, 37, 40 R, and 0 SB in his first extended look at the major league level. He has shown the ability to limit strikeouts (20% K) and hit the ball hard consistently (41% Hard). The issue is that he hits too many ground balls (51% GB) which limits his power upside which really needs to be there considering his lack of speed. He has the skill set to thrive in Coors Field but needs to make a slight tweak to his launch angle. Rodgers is young enough to make the necessary adjustments and he will benefit from having Coors Field to fall back on.