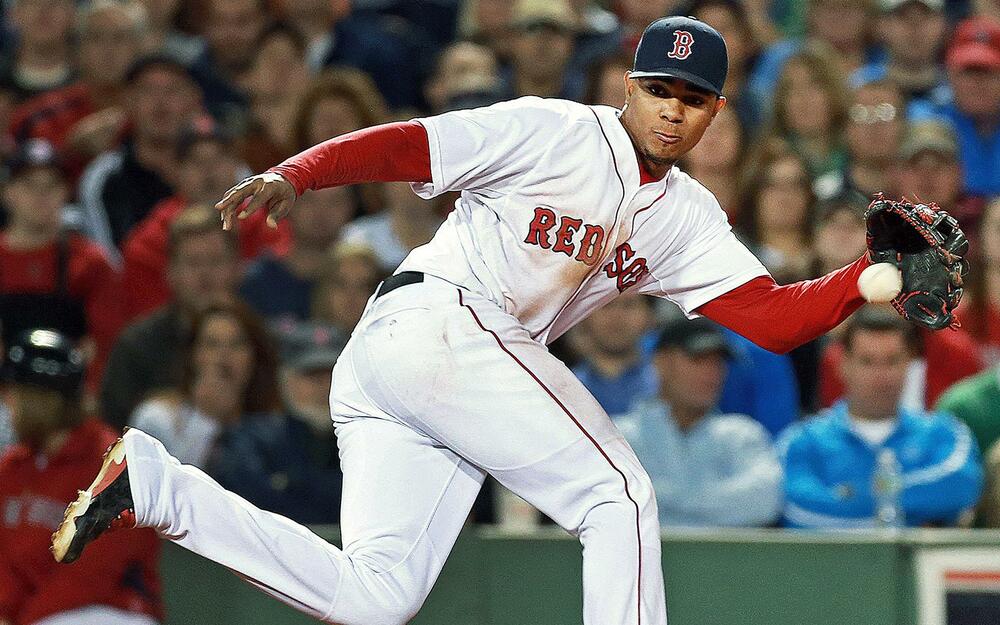 Bogaerts went 2 for 3 with a homer and four RBI on Monday night against the Mets. The talented shortstop hit a two-run homer to give the Sox the lead in the 5th and then added a two-run single with the bases loaded in the 6th. With so many exciting shortstops in the league, Bogaerts kind of flies under the radar in fantasy, but make no mistake, he is one of the most productive and reliable options at the position. Since 2018, he leads all shortstops in average (.301), and only Fernando Tatis Jr. has posted a better wOBA and wRC+ than Bogaerts' .378 and 136 marks. Additionally, he has the most doubles, 2nd most RBI, and 7th most homers at the position over that period. He will be 29 years old at the start of next season and will be one of the safest, if not the safest (especially if Tatis transitions to OF full time), shortstops available in fantasy.

Quantrill gave up one run on seven hits across 6.2 of work on Tuesday night. He struck out six and walked two while picking up his 7th win in the contest. With an 8.9% SwStr%, 30.7% O-Swing% and a 7.27 K/9, the 26-year-old doesn't have electrifying stuff; but he hasn't been hit hard this season (27.4% Hard%) and has a tidy 2.82 ERA as a result. Unsurprisingly, the advanced metrics don't like him (4.42 xFIP and 4.56 SIERA), but he has now defied those numbers over the past two seasons with a 2.72 ERA in 175.2 IP. Quantrill won't be the sexiest or most exciting player come your 2022 fantasy draft, which is precisely why you will be able to snag him at a discount. Don't expect him to hurl a sub 3.00 ERA again, but as he continues to mature as a big-league pitcher, he should be able to stave off significant regression towards his expected ERA.

Judge went 2 for 4 with a three-run homer in Monday's game against the Rangers. He now has four home runs and ten RBI over the past ten contests. After a couple of injury-riddled seasons, Judge is amidst his best campaign since his monster rookie season. He now has 36 homers and 89 RBI to go along with a .288/.372/.540 triple-slash line. Health is really the only thing that can hold Judge back at this point. His 57.5% HardHit% leads the majors while his .299 xBA ranks 7th. He will always be a risk in fantasy due to his injury history, but few players will offer the power upside of Judge next season.

Keuchel surrendered two runs in 5.0 innings against the Tigers on Tuesday afternoon. He allowed 11 hits and walked a batter but was able to limp away from the start without much damage. The 33-year-old has been unable to repeat the smoke and mirrors act he pulled in the shortened season a year ago. Keuchel posted a 1.99 ERA in 2020 despite posting an abysmal 5.97 K/9 to go along with a 3.98 xFIP and 4.57 SIERA. But, of course, he has been found out here in 2021. He currently owns a 5.18 ERA and a 4.68/4.95 xFIP/SIERA. His K-rate has decreased to a career-low 5.30 K/9, while his walk rate of 3.22 BB/9 is at its worst mark since his rookie year. Additionally, his 9.2% Barrel% and 40.2% HardHit% are career-worst percentages, which has lead to a hefty 1.38 HR/9 and .277 opponent average. Keuchel is 33, so it's not impossible for him to make a resurgence before he calls it quits, but you should by no means be considering him in fantasy for the 2022 season.

Manoah surrendered two runs on five hits against the Rays on Monday night. The 23-year-old escaped with a win, but he was far from sharp in the outing. He walked a career-high six batters (previous high was three), but with seven Ks and some good defense behind him, he was able to navigate the 6.0 innings without too much damage done. Manoah has been inconsistent at times (mainly with his control), but all in all, he has been quite impressive during his rookie campaign. The youngster has now walked three or more batters in seven of his 18 starts and owns a suspect, though not terrible, 3.36 BB/9 for the season. However, he has made up for these control issues with a solid 9.91 K/9 and a low 26.3% Hard%. In addition, Manoah's 12.0% SwStr% and 82.1% Z-Contact% have been better than the league average in 2021 (11.0% and 85.3%). So, there is a lot to like about this rookie, and he should be on your fantasy radar come next season.