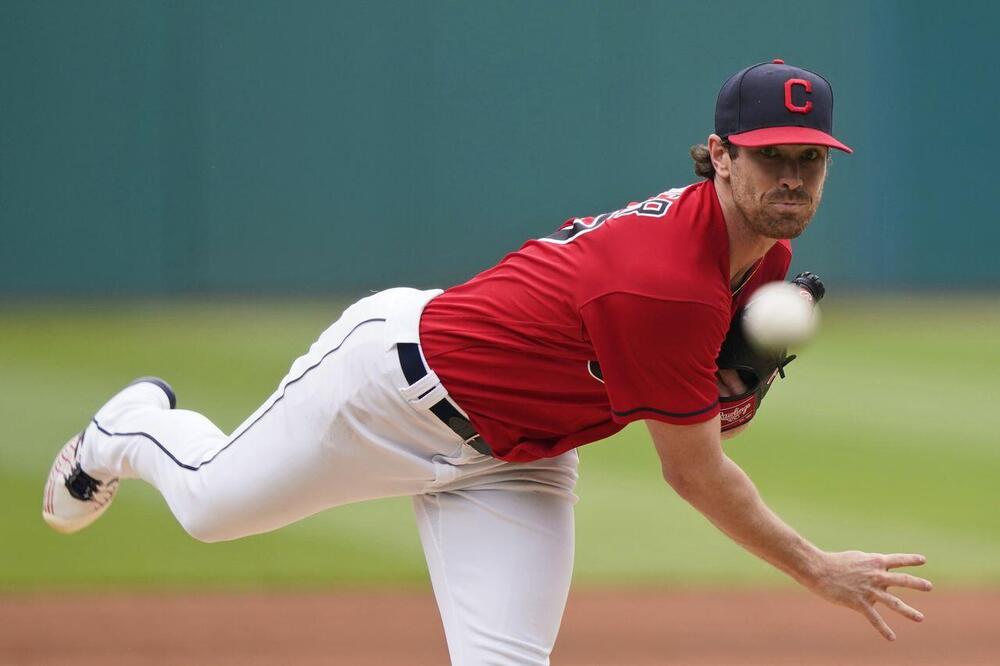 Bieber is set to make his first start since June 13th this Friday against the White Sox. Bieber hasn't been quite as excellent as his 2020 CY Young Campaign that saw him post a 1.63 ERA over 12 starts while leading the league in strikeouts (122 / 14.2 K/9) and limiting both walks (2.4 BB/9) and HR (7 in 77 innings). He has still delivered a solid 3.28 ERA/ 3.10 FIP this year and a 12.9 K/9 is certainly still strong. One interesting note on Bieber's pitch usage is that his fastball usage is down about 3% from a year ago - but his velocity is also way down. Last year he averaged 94.1 MPH and opposing hitters hit .210 against that pitch but this year we have seen his fastball average just 92.9 mph and opposing batters have been able to square it up more to the tune of a .274 batting average as well as a .150-point jump in batters opposing SLG%. Bieber is of course still an Elite arm and should be among the Top several taken in drafts next year.

Otto allowed 2 ER over 5 innings, striking out 7 Thursday night against the Orioles. Otto had an ugly 9.37 ERA over his first 4 MLB appearances with the Rangers since being acquired by the Yankees at the deadline but there is still a lot to like here in the 25-year-old. Otto has racked up good strikeout numbers early on (10.47 K/9) and has generated ground balls at an excellent 50% clip - while only allowing just 1 HR. These underlying numbers are in line with the good work he produced throughout a quick rise in the Yankees minor league system. Opposing batters have hit .304 against him with a whopping .408 babip which has led to the unruly ERA - and a much more reasonable 3.10 FIP. Otto also has had trouble stranding runners as his 43% strand rate is incredibly low - and something that should normalize upward over more starts. The Rangers have acquired multiple young arms via the draft and trades, and Otto should get a chance to open 2021 in their rotation and could be a sleeper to be a valuable fantasy arm.

Enns has provided some interesting fantasy value as of late, pitching in a variety of roles for the Rays as is the case with most of their arms. The 30-year-old made his debut in 2017 for the Twins logging just 2 appearances and has largely toiled in the minor leagues. Recently though he has been as asset for the Rays pitching to a 3.10 ERA while picking up a pair of wins over 8 games. Enns has followed the Tampa Opener several times and has also picked up 2 saves - showing an ability to go up to 4 innings - or come in as a specialist to close out a game. Enns has mostly used 2 pitches this year a 94.2 MPH 4-seamer and an 85.8 MPH cutter both of which has helped him strike out 23 batters over 20 innings. Again, we are looing at a very small sample size here and it may not be replicable outside of Tampa. But the point is fantasy owners should always be looking at the Tampa depth chart as Enns is one of several seemingly castoffs that has provided both real life and fantasy value.

Ober is lined up for a Friday start against the Blue Jays. Ober has provided solid numbers with a 4.34 ERA and 9.3 K/9 over 19 games in his first stint in the big leagues. The righty was exceptional in the minor leagues rising through the ranks rather quickly and opened some eye sin 2019 with an eye-popping 0.69 ERA over 77 innings across 3 minor league levels that also saw him allow just 2 HR, with a 0.84 whip and a 11.4 K/9 and 1.0 BB/9. He also looked good in AAA this year with a 2.81 ERA and similarly strong 11.8 K/9. He has done a good job with both the strikeouts and walks (2.0 BB/9) against big league hitting but has been susceptible to the longball allowing 19 over 87 innings. Ober doesn't throw super hard with a 92.4 mph fastball and 3 secondary pitches that range from 75 to 85 mph. Ober has a lot of raw stuff and I think him and Joe Ryan could pair together very well at the top of the Twins rotation over the next few years - he is definitely an arm to look at in the mid to late rounds of drafts next year.

Eovaldi is slated for a showdown with Cy Young Contender Gerrit Cole and the Yankees Friday night. Eovaldi has been excellent, possible even Cy Young worthy himself this year pitching to a 3.58 ERA/ and AL leading 2.72 FIP while striking out batters at a rate of 9.7 K/9 (a career best) and leading the league in limiting both HR (.7 HR/9) and walks (1.7 BB/9). Eovaldi has always had good velocity on his fastball but has had all his secondary offering working this year as batters are hitting below .200 against both his curve (.180) and split finger (.181). He has also got batters to generate lower hard contact as evidenced by a decreased exit velo (88 mph) and barrel rate (6.2%). He may be a Darkhorse Contender for the Cy Young but has been an asset to the Red Sox and Fantasy Owners who gave him a shot this year.