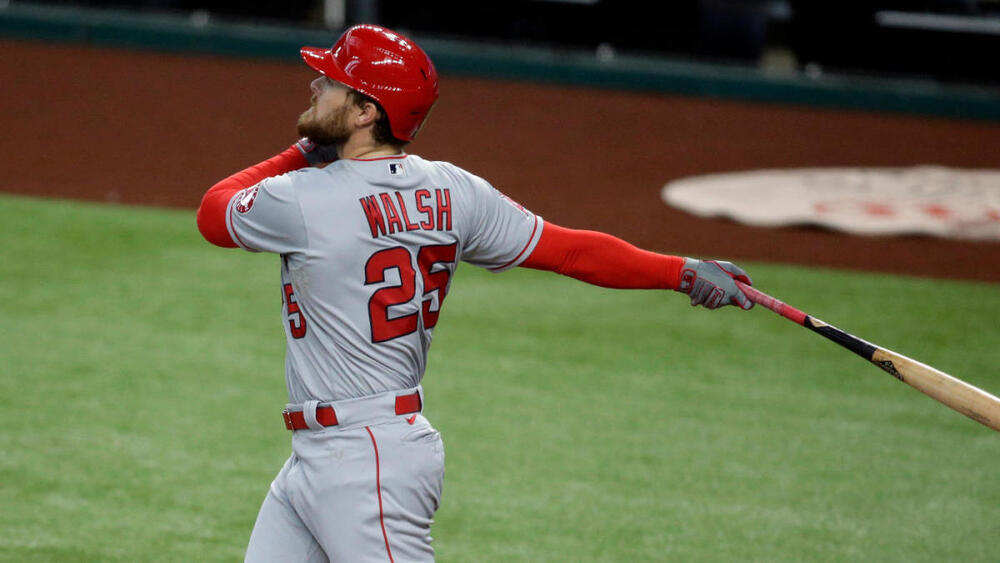 Walsh went 3-4 with a double, 2 runs, and an RBI against the Rangers on Thursday, and he continues to enjoy a strong September in which he has hit .326 through 24 games. Despite his good showing this month, Walsh's 2nd half has left a lot to be desired as he has hit just 5 HR's with a .393 SLG (entering Thursday) in 51 games since the all-star break, after hitting 22 HR's and slugging .556 in 86 first half contests. His overall numbers are still very solid, but his .251 xBA and .416 xSLG lag well behind his actual numbers, and he has benefited from a .337 BABIP and 25.5% HR/FB which don't correspond to an 89.4 EV. His FB% has dropped to 28.9% this season, and if that continues, he'll have a hard time matching the 27 HR's he has hit this year. The 28-year-old has been a nice story for the Angels this season, but there's a strong possibility of him taking a step back in 2022.

Buxton had a huge game against the Tigers on Thursday, going 3-5 with 2 HR's and a double. Buxton is finishing the season strong, and now has 8 HR's and 7 doubles in his last 23 games. He has impressively lowered his K% to 24.6%, while slugging an otherworldly .629 in 240 PA's this season. But that itself is the issue with Buxton - he only has 240 PA's this season. Only once in his career has he topped 350 PA's in a season. Expect good all-around production from Buxton once again in 2022, but don't expect anywhere near 162 games.

Garcia went 2-4 with a HR and 2 RBI against the Angels on Thursday, the dinger being his 31st of the season but just his 2nd in September (25 games). It has been a dreadful 2nd half for Garcia who entered Thursday's game hitting .208 with a .617 OPS in 65 games this half, after hitting .270 with an .840 OPS before the break. Unfortunately, the more recent numbers may be more indicative of the type of player he is, as his xBA for the season is at .216 and his .xSLG is .408. He has also struck out at a 31.3% clip. Garcia has power and has a strong 91.1 EV this season, but he seems like he may be more of an all-or-nothing slugger who can hit 30 HR's, rather than an all-around asset.

Pivetta allowed 3 ER's in 4.2 IP against the Orioles on Thursday, striking out 8 and walking 2 in his final start of the season. It was a disappointing effort considering the opponent, although he at least managed to rack up the strikeouts. Pivetta finishes the season with a strong 10.17 K/9, but with a lackluster 4.56 ERA and 4.28 xFIP across 30 starts. He posted a FB% above 40% for the second straight season which has made it difficult for him to limit the long ball. He can be a good option for strikeouts, but with a career 5.17 ERA (4.11 xFIP), he can't be relied upon for good ratios.

Severino pitched a scoreless inning out of the bullpen against the Blue Jays on Thursday, and now has pitched 6 scoreless innings with 8 K's, 1 BB, and 2 hits allowed since being activated from the IL a little over a week ago. It's hard to take too much out of such a small sample size, but Severino has looked good in the few appearances he's had, and he will presumably be moved back into the rotation to start next season, health permitting. In his last 2 full seasons (2017-18), he posted a combined 3.18 ERA, 3.07 xFIP, 10.53 K/9, and 2.27 BB/9. He has pitched just 18 innings over the past 3 seasons combined, but don't forget about him in 2022 drafts.