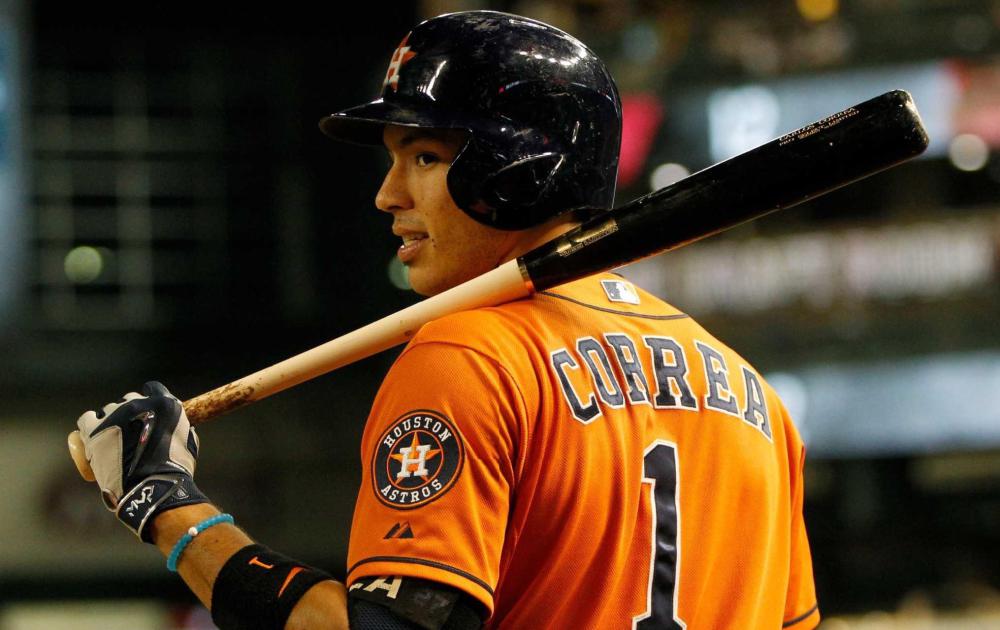 Carlos Correa Signs with the Twins

Correa signed a 3-year deal with the Twins on Saturday worth about $105 million, ending the former #1 overall pick's tenure in Houston. Correa remained relatively healthy last season, playing in 148 games - the last time he eclipsed the 110 game mark was in 2016. This helped propel him to career-highs in HR's (26) and runs scored (104), while he also posted a career best 18.1% K% in 2021. If Correa stays healthy in 2022, he could very well produce similar numbers, although the Minnesota lineup likely won't be as strong as Houston's. Just keep in mind that while Correa is a solid player, he hasn't exactly been a fantasy superstar. Besides the health issues, he is a career .275 hitter whose career high in HR's in 26 (last year) and has 6 SB's over the past 5 seasons. Don't draft him too early because of the big name.

With the Twins signing Carlos Correa on Saturday, it looks like Polanco will serve as Minnesota's regular second baseman for the 2022 season. Polanco primarily played SS for the Twins from 2014-2020, but he shifted over to 2B last season, playing 120 games there in 2021 compared to 39 at SS. He should still qualify at 2B or SS in most fantasy leagues this season. As far as production, Polanco hit a career high 33 HR's last season which he'll be hard pressed to match as his HardHit% and EV were only average. He does hit a lot of fly balls though, so around 25 HR's is a reasonable projection. He should also continue to hit for a decent average thanks to a very good contact rate (career 16.7% K%).

The Twins signing of Carlos Correa should push Gordon back into a reserve role for 2022. Gordon played all over the diamond last season, and that may very well be the case this season depending on where the Twins suffer injuries. Gordon had an excellent 46.6% HardHit% last season, but was unable to turn that into production, hitting .240 with just 4 HR's over 73 games. Raising his FB% from last year's 26.0% may be a key for Gordon.

Jorge Soler signs with the Marlins

A New Guard in Cleveland

The Cleveland baseball team has changed their name, but one thing that hasn't changed is the team's perennial question marks in the outfield. Since 2012, Michael Brantley is the only regular outfielder to post a 3+ WAR season for Cleveland. Will that change in 2022? Here are the Guardians' OF options to start the season.

Straw joined the Indians right before last year's trade deadline and served as the team's leadoff hitter for the final two months of the season. He played well, hitting .285 with a .362 OBP, 42 runs scored and 13 SB's in 60 games with Cleveland. Overall, he hit .271 with 86 runs and 30 SB's in 158 games in 2021, in what was his first full season in the big leagues. Since Cleveland didn't make any major acquisitions over the offseason, it's likely that Straw will remain atop the Guardians lineup in 2022. He doesn't hit for any power, but he has a solid career 19.4% K% and 10.6% BB% and should be in line for a plethora of plate appearances, making a strong candidate to reach the 30 SB plateau for the second straight season.

Naylor's 2021 season ended in July with a gruesome leg injury , but he's supposedly healthy and should be ready to go to start the 2022 season. Naylor has underwhelmed thus far in his career, posting a career .695 OPS and hitting just 16 HR's in 203 career games with the Padres and Indians. He makes contact at a solid rate (19.15 career K%), but he has been hitting too many balls on the ground with a career 51.6% GB%. Hitting the ball in the air more often could be the key to more production and the Guardians are likely to give him plenty of opportunity to get things going.

After a promising rookie season in 2019, Mercado has scuffled over the past two seasons, slashing a combined .197/.264/.313 with 7 HR's in 331 PA's. He cut his K% to 17.6% in 2021, but his 27.2% HardHit% was among the worst marks in the league. Mercado was actually quite decent against lefties last year, hitting .294 with an .817 OPS against them, so it wouldn't be a surprise if he ends up in a platoon with someone like Bradley Zimmer. That would likely give a big boost to Mercado's rate stats, but it certainly wouldn't help him from a fantasy perspective.

Zimmer has yet to find much success offensively at the big league level, posting a career slash line of .225/.310/.347 with a 33.3% K% across 263 MLB games. Despite the poor track record, Zimmer has a chance to see somewhat regular playing time in the Guardian's outfield, as the team currently has a shortage of solid options. There was a glimmer of home last season when Zimmer posted a solid 42.5% HardHit%, but that didn't lead to increased production, as he continued to strike out at an alarming rate, and when he did make contact, it was rarely ever in the air (29.8% FB%). A lot would still need to change for Zimmer to contribute significantly in any way other than steals.

Mize pitched two scoreless innings in his Spring debut, striking out 3 and walking one against the Pirates. 2021 was a so-so season for Mize; he compiled a solid 3.71 ERA, but his peripherals weren't quite as good, as he finished with a 7.06 K/9, 4.37 xFIP, and 4.92 xERA. He mostly struggled against LH-batters, who compiled an 845 OPS against him, including 17 HR's in 293 PA's. Mize could break out in 2022, but keep in mind that last year's ERA involved a little bit of luck.

Pivetta looked sharp in his Spring debut against the Twins on Saturday, striking out 5 in 3 perfect innings. Pivetta posted a mediocre 4.53 ERA and 1.30 WHIP in his first full season with the Red Sox last season, and the fact that those were both career bests doesn't exactly spin a positive light on Pivetta's MLB career so far. His strong strikeout rates make you want to believe hin his potential, but his high walk rates and propensity for the long ball have prevented that potential from becoming a reality. Right now, he shouldn't be viewed as anything more than a mediocre innings eater who can get you some strikeouts.

Zunino belted his first HR of the spring on Saturday, as he hopes to build off of his career-best 33 HR campaign from 2021. The most impressive thing about Zunino's season last year was that he hit the 33 HR's in just 375 PA's. He did this via a ridiculous 54.0% FB% and an excellent 46.5% HardHit%. True, you know Zunino will hit roughly around the Mendoza Line, but that's what catchers do nowadays. It feels way too low to have him going as the 14th catcher of the board this year.

The brother of Yoenis Cespedes hit his 2nd HR of the spring on Saturday and is now 3-5 with 2 HR's this spring While his brother has only played 8 games over the past 3 seasons, The younger Cespedes is hoping to make an impression on the White Sox during Spring Training. It may be a long shot for him to make the team out of Spring Training, but he's a name to look out for.

Peralta got his spring off to a strong start, going 2-3 with a HR and a double Saturday against the Angels. Peralta remains a solid contact hitter who can hit for a decent average, but his power has all but evaporated over the past few seasons;he hit just 13 HR's in 204 games across the 2020-2021 seasons. The 30 HR campaign that Peralta put together in 2018 is looking more and more like an outlier as the 2nd highest HR total in his career is 17. Unless he rediscovers his power stroke, Peralta will remain a weak fantasy option.