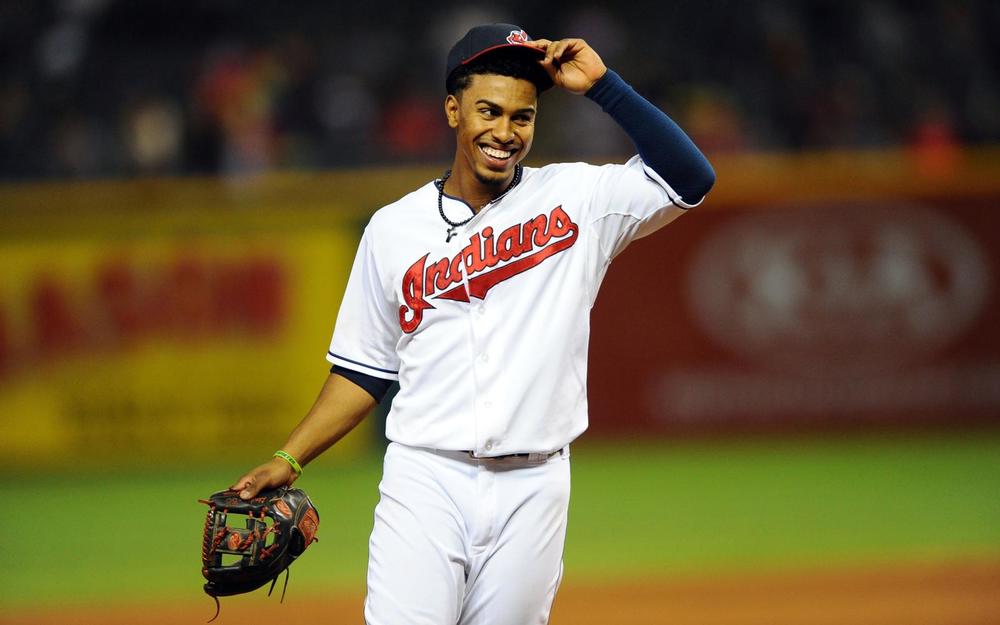 Lindor went 2 for 3 with a pair of homers and walks against the Diamondbacks on Friday afternoon. He is now riding a six-game hitting streak, and he has reached base in each of the Mets' first eight games this season. Lindor's first season in New York was mainly a disappointment; however, his patient plate approach thus far in 2022 has him looking like a top-end fantasy SS once again. The 28-year-old came into Friday's game with a 27.5% O-Swing% and 43.0% Swing%, which are well below his career percentages of 32.0% and 48.1%. The patience has him walking at a 20.0% clip (career 8.5% BB%) and punishing the ball with a career-high 10.5% Barrel%. Lindor is now slashing .296/.457/.704 with three homers and two stolen bases.

Romano picked up his 5th save of the season with a one-two-three 9th inning to protect a three-run lead against Oakland. The 28-year-old struck out two of the three batters he faced and needed just 12 pitches to secure the save. The Blue Jays are now 5-3 on the young season and have called on Romano to close out the game in each of its five wins. He has given up three hits and zero runs in his five innings this season. Perhaps the most encouraging part of Romano's early success is that he has yet to walk a batter (while striking out six), as control has been somewhat of an issue throughout his career (3.62 career BB/9).

On Friday, Cease gave up one run on three hits and struck out eight against the Rays. In his second start of the season, the 26-year-old already recorded his second win of the campaign. Cease showed positive signs a season ago and has come out of the gate fabulously here in 2022. His 31.5% O-Swing% and 13.9% SwStr% are each down about a percent from 2021, but with a career-best 66.7% Contact% and 75.0% Z-Contact%, batters are having a more difficult time making contact overall. This seems to stem from the development and use of Cease's off-speed pitches. He is relying on his high-velocity fastball (96.7 vFA) less than he typically does (43.0% FA% in '22 vs. 48.0% career FA%) and has been able to keep batters off-balance as a result. It's VERY early in the season, but this is encouraging development from the youngster. He is now 2-0 with a 1.69/2.39 ERA/xFIP and a stellar 13.50 K/9.

Burger went 2 for 3 and hit his first home run of the season on Friday night. Burger also hit an RBI single in the contest, giving him two RBI on a day when the Sox offense only produced three runs. The injury to Yoan Moncada has opened the door for the young rookie, and he has fully taken advantage of the opportunity thus far. Burger is now 6 for 16 on the season and is riding a modest three-game hitting streak. The 26-year-old's hefty 27.8% K% is a concern, but he is someone you can ride in deeper leagues while Moncada is on the mend. Though Moncada should only be out for another couple of weeks, so if you want in on Burger-time, you better get on it quick.

Last year's MVP finally broke through offensively with a pair of homers and three RBI on Friday night in Texas. Ohtani was batting a putrid .172 with zero RBI and a disastrous 3.3% BB% and 33.3% K% before Friday's breakout performance. The superstar struck out twice and didn't walk, so those numbers didn't improve, but the joyous day at the plate was a much-needed one for the 27-year-old. Ohtani had just one barrel before yesterday's contest after leading the league with an absurd 22.3% Barrel% last season. Hopefully, this game will get the versatile stud going offensively.

Tweets by Fantistics
Woodruff Bounces Back and Severino of Old-April 15, 2022
Arraez doing what he does- April 17, 2022