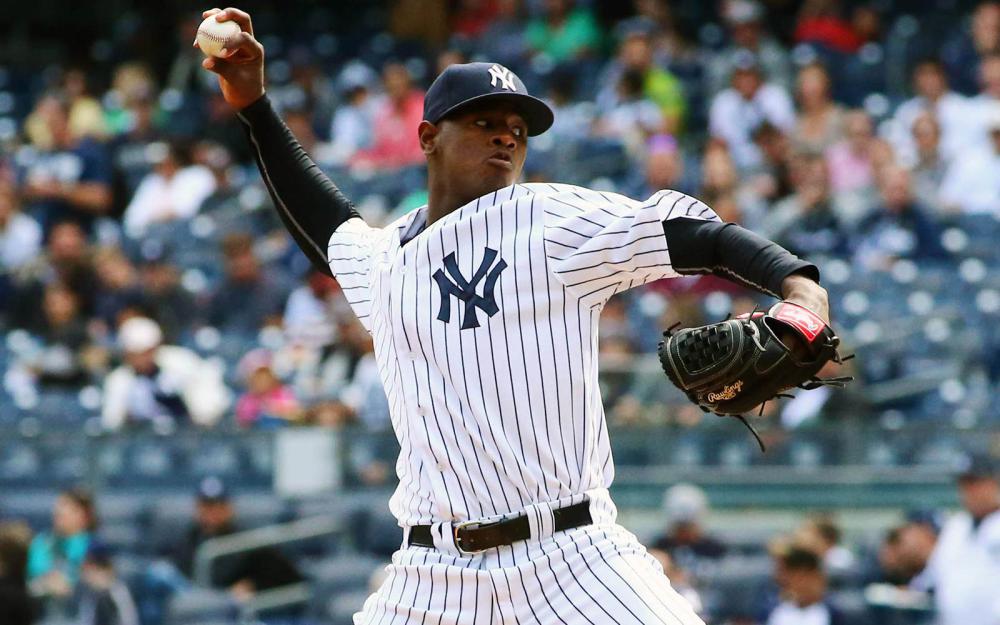 Woodruff Bounces Back and Severino of Old-April 15, 2022

Woodruff Bounces Back and Severino of Old-April 15, 2022

Luis Severino went 5 IP and gave up 0 ER on 2 H, 2 BB, and 6 K's against the Blue Jays. Severino is being eased back into the rotation after missing a lot of time in recent years. He gave up 2 ER in 3 IP in his first start but generally looked good. His velocity has been great (98mph) and he is throwing a good slider and changeup like in years past. Severino should get back to being a top of the rotation starter again given his ability to miss bats (career 27% K) and limit walks (career 7% BB). Health is going to be a major question for the foreseeable future but the Yankees are determined to ease him back into the swing of things which is going to limit his innings but should put him in the best position to stay on the mound all year. So from a fantasy perspective, he is going to likely be great from a statistical point of view but the volume is going to be limited compared to other top starters.

Cristian Pache was 2-4 with 1 R and 1 RBI against the Rays. Pache is playing every day for the Athletics and is hitting .304 with 0 HR, 4 R, 2 RBI, and 0 SB. The basic line looks good for the 23-year-old but there are some concerns when you look deeper. He has zero walks and six strikeouts (30% K) in 23 PA. This type of approach leads to struggles at the major league level and is concerning for his long-term value. He does play good defense and the Athletics are in a position to give him a long look at the plate but one has to be concerned that he will eventually lose playing time if he continues the aggressive approach with a high strikeout rate. The key factor to watch in the short-term is his O-swing% because it currently sits at 40% which will make it hard to sustain a decent batting average let alone .300+ average.

Andrew McCutchen was 1-4 with an RBI against the Cardinals. McCutchen is hitting .2 with 0 HR, 1 R, 4 RBI, and 0 SB in 6 GP. The power might not be there which is not a big deal this early in the year but it is encouraging to see him making a lot of contact (13% K) and hitting fourth in every game this year. That spot in the Brewers lineup should be a good one with Kolten Wong, Willy Adames, and Christian Yelich in front of him. He is also coming off an underrated year in Philadelphia in which he hit .222 (.242 BABIP) with 27 HR/6 SB and good plate skills (14% BB and 23% K). This is a great situation for McCutchen to return strong value this year.

Andrew Vaughn was 0-4 with a strikeout against the Mariners. Vaughn has been red hot to start the year. He is hitting .353 with 2 HR, 3 R, 6 RBI, and 0 SB in 19 PA. The quality of contact (17% Barrels and 67% Hardhit%) backs up everything that he is doing. Vaughn also has just one strikeout so far which is a skill he flashed in college and in the minors but struggled with a year ago. The only bad thing to say about Vaughn so far is that the manager Tony LaRussa still does not trust him to play full time. He has started five out of the seven games so far. If he continues his hot start it is going to be hard for him to keep Vaughn out of the lineup.

Cole Irvin went 6.1 IP and gave up 3 ER on 5 H, 0 BB, and 2 K's against the Rays. Irvin has a 5.40 ERA and 1.11 WHIP through his first two starts. This is coming off last year in which he posted a 4.24 ERA and 1.33 WHIP across 178.1 IP. His profile isn't conducive to fantasy because of the lack of strikeouts (16% K) which makes him a deep league/streamer type. Coming into the year, there were two encouraging trends for the left-hander. His velocity is up to 91.5 mph from 90.7 mph a year ago and he has added a cutter which gives him another weapon. It also has reduced the number of fastballs he has thrown which is a good thing because it was not a good pitch in 2021. Even with these types of changes, Irvin is still just a streamer that you will want to start at home in the pitcher-friendly RingCentral Coliseum. It would also be nice if the Athletics limited his third time through the order, which is where he got burnt today with Brandon Lowe's home run.