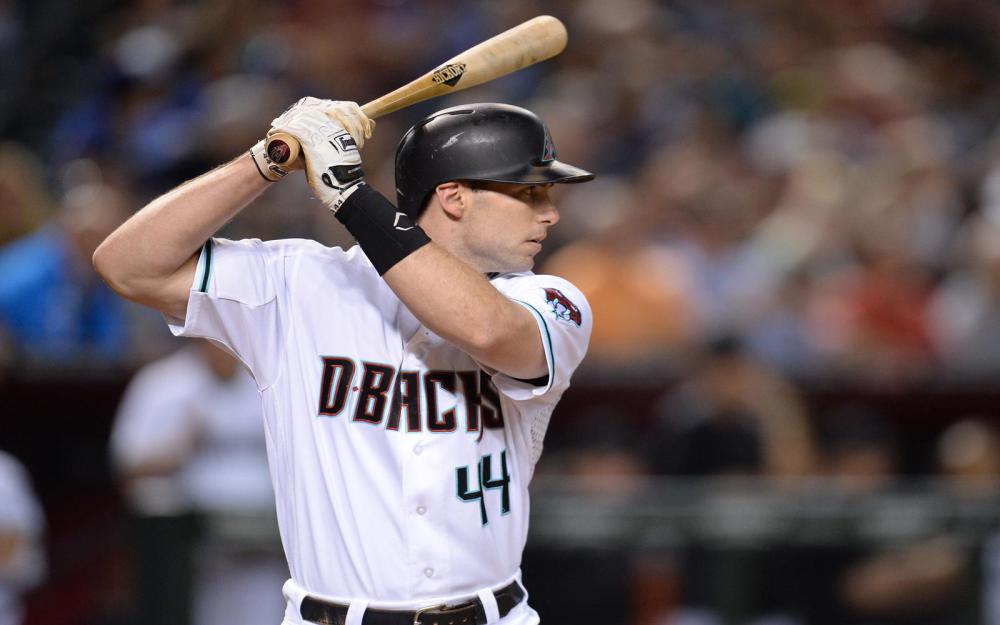 Paul Goldschmidt (1B - STL) - Goldschmidt extended his hitting streak to 18 games with his 9th HR of the year in the 4-2 win over Milwaukee on Friday. There are a few things here that are mildly disturbing though: the swinging strike rate has crept back up to the 2nd highest of his career, the exit velocity has dropped back down to the bottom end of his range, and the flyball rate has climbed to a career high.....along with his chase rate. The Statcast data suggests that he's outperforming his batted ball data by quite a bit: 348/591 in AVG and SLG versus 272/516 expected. Obviously most of that is AVG-based, and that's due to a .402 BABIP from a player whose EV has declined to slightly above average with a 42% flyball rate. I still like Goldschmidt as a player, but it's no secret that the AVG is likely to drop, and somewhat significantly. I'm not advocating a sell here, but if I got a good offer, my main thought would be that he's likely given me his best stretch of the season already.

Alex Verdugo (OF - BOS) - Perhaps Thursday's 4-hit performance will be what gets Verdugo going this year, as the 26 year old had a single and a double Friday night to give him a modest 4-game hitting streak. Verdugo has been hitting the ball much better than the AVG and ISO would lead you to believe so far this year, with a Statcast expected AVG of .294 and SLG of .539 as opposed to the .232 and .348 that he's actually managed. It's just a matter of time before a player that hits the ball above 90 mph on average with just a 6% swinging strike rate starts to see some results, and we might be at the beginning of that. He's a great acquisition target for me.....he'll likely never be a big power guy despite the EV because of his low launch angle, but he should always hit for a solid AVG and does enough elsewhere to be a real asset to any team.

Jeffrey Springs (SP - TB) - Springs is looking pretty intriguing after another solid start, this time against the Yankees. He did allow a pair of solo homers over 6 innings, but he didn't walk a man and struck out 6. The control has been generally excellent this year in both relief and starting, the exit velocity allowed has been fantastic, and although the K rate hasn't been huge, the swinging strike rate has. There's plenty of reason to be skeptical of the small sample size, especially when you look at the HR/FB rates before this year, but as evidenced by Friday's outing he can survive even while allowing the ball to leave the park. The schedule is pretty decent for him going forward with a start at Baltimore and another against Pittsburgh coming up later in June, which sort of pushes him over the top for me into "worth a claim" territory. He's a streamer for me, but a worthwhile one.

Keston Hiura (1B/2B - MIL) - Hiura walked and homered on Friday, with the HR being his 3rd in just 20 May ABs. The contact rate remains sub-60% (barely), but the power upside is very evident, with excellent exit velocity and barrel rates combined with a helpful launch angle. He simply doesn't make enough contact during his slumps to maintain playing time. He's hit in his last 6 games started, and he looks just good enough to justify a spot for me in deeper formats....the upside here is just too big to ignore. Even as much as he struggles he maintains hard hit rates in the mid-40's and barrel rates that are considered elite. Still just 25, I have hope that he can regain the form that made him a top prospect: he has 7 HRs this year in just 61 ABs between AAA and MLB. -

Graham Ashcraft (SP - CIN) - Ashcraft had his second career start Friday against the Giants, the #2 run-scoring offense in baseball, and he held them to four singles over 6 1/3 shutout innings, walking 2 and striking out 1. I do understand that the name of the game is limiting runs, but I want to caution folks from running out and picking him up immediately. He isn't missing bats, putting up a swinging strike rate of under 5% in his two starts, and the control is pretty suspect. He's living off of a huge GB rate, which is great, but once MLB hitters get a little bit of tape on him, I have a feeling that he's going to struggle without a real offspeed offering. He has three pitches, but they're basically all thrown hard, and that's a profile best suited for a reliever to be honest. There's clearly potential here, and the Reds seem inclined to keep him in the majors this time. The upcoming schedule isn't even very difficult, with the Nationals and D-Backs both coming to Cincinnati for his next two outings. I don't hate a claim here, but I would very much temper my enthusiasm. To give you a personal example of my feelings, I'm 95% likely to start Dane Dunning and Jon Gray over Ashcraft in my house league next week.